1. Perhaps a little old for this work:

ACT Policing is seeking witnesses to an aggravated robbery in the car park of the DFO shopping centre in Fyshwick which occurred around 11:50am this morning (Monday 19 July).

Two males approached the 69-year-old victim, a security officer, shortly after he entered the car park and forced him to the ground. The males then stole a bag from the victim containing a significant amount of cash. The victim was not injured during the incident.

Following the incident, the males entered a blue Holden Commodore sedan which contained two other males wearing balaclavas. They then departed the area.

Police would urge anyone who may have witnessed suspicious behaviour in the vicinity of DFO at the time of the offence, or who may know the identity of the offenders to contact Crime Stoppers on 1800 333 000, or via the Crime Stoppers website on www.act.crimestoppers.com.au. Information can be provided anonymously.

Police were conducting traffic duties around 8pm when they observed a Holden Commodore sedan travelling southbound at high speed. The vehicle was detected to be going 162km/h in an 80km/h zone.

The male driver, the holder of a provisional licence, was stopped by police and issued with a Traffic Infringement Notice (TIN) for the amount of $1811, and lost 6 demerit points, which will result in the loss of his licence.

Police also detected 31 drink drivers over the weekend. The highest reading recorded was that of a 49-year-old woman from Weston, who was stopped by police while driving on Liardet St in Weston about 10.55pm on Friday night. She recorded a high-range BAC of 0.227, or more than four times her permitted level of 0.05. She will be summonsed to court on a date to be fixed.

“Our great concern is that some Canberra motorists are not being responsible road users. To have this many people displaying such high risk behaviour creates the huge potential for even more tragedy on our roads and police will be doing all we can to apprehend these irresponsible drivers,” Supt Cooke said.

ACT Policing has released the name of the motorcycle rider who died as a result of the two-vehicle accident at the Canberra Avenue and Ipswich Street intersection in Fyshwick which occurred on Saturday July 17.

The deceased is Joshua Charles Dean, aged 35 years, of Kingston.

A report on the incident is being prepared for the ACT Coroner. 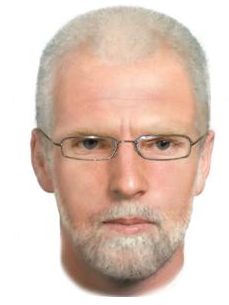 ACT Policing has released a forensic face-fit of a major suspect wanted for questioning over the death of a man in Belconnen on May 20 this year.

This suspect was seen around the Oracle apartments in the two days prior to May 20, when the body of Mr Andre Le Dinh was found in a fourth floor apartment. He was found to have died from a severe blunt force trauma.

Police believe this man was in possession of information about the apartments, the layout, and the security system.

Police believe that there are other witnesses who have important information about the death of Mr Le Dinh and are urging these witnesses to contact Crime Stoppers.

if they got rid of Holden CommonBores ,i wonder if the crime rate would go down?

No, you’d still have Fords around.

if they got rid of Holden CommonBores ,i wonder if the crime rate would go down?

No. 4 – has someone been watching too much Einstein Factor on the ABC? Or has the host offended someone in the ACT?

JS9 - 13 minutes ago
Not many decisions of the planning authority deserve endorsement, but ignoring the NIMBYism on this one does. it is absolutel... View
Opinion 1

Heavs - 14 minutes ago
This just in - Government is not responsible for handling advertising and marketing for private developer. More news at 6.... View
News 2

wildturkeycanoe - 12 hours ago
I'm still waiting for surgery, almost up to my "expected" 365 days on the Category 3 list. This is after initially waiting fo... View
HiddenDragon - 14 hours ago
This year's Annual Rates Assessment Notices tell ratepayers that 31% of rates payments go towards funding the health system -... View
Opinion 110

chewy14 - 12 hours ago
Russianafroman, I go from being called a right wing nut job to a Socialist Comrade in the space of a few stories these days.... View
russianafroman - 16 hours ago
Capital Retro I don't watch or listen to the ABC. But it wouldn't surprise me. View
Jose Black - 1 day ago
The ACT Greens have a major policy on supporting the community sector (including youth and mental health services) and giving... View
ACT Election 115