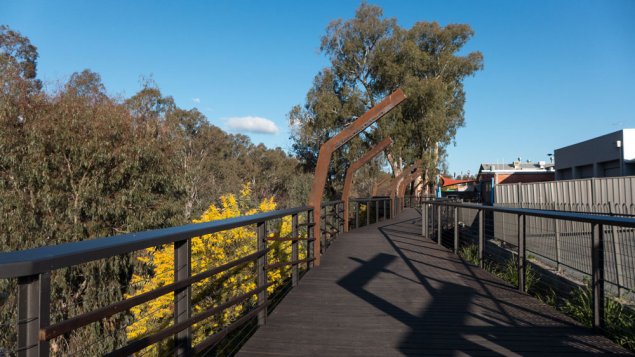 It was while visiting regional towns in Victoria that I was reminded of quite silly events happening back home, or at least close to home.

Today, as we had finished work early for the day, we wandered along the riverfront in Wangaratta. Given the works underway and the notices about future projects, it is very obvious that this local council, like many local governments, takes its public responsibilities very seriously.

The Wangaratta City council has invested in many improvements to see the riverside become a very attractive place to visit. There are cafes backing onto the river and loads of scenery to be enjoyed via an extensive network of walking paths and several new pedestrian bridges.

Visitors love to spend time along these riverside areas, especially on a beautiful sunny day as it was today.

The council has also undertaken major upgrades to the main streets. Gauging by the work I saw today, this is an ongoing effort. The streetscapes have a very friendly feel to them — in short, they look great. This can be said of numerous regional towns in Victoria.

All these enhancements and additions must be a great thing for locals. They must feel as though their city has lots to offer, has a welcoming ambiance, and is an even better place to live, work and play.

Which brings me back to a puzzling situation going on in Queanbeyan.

The Queanbeyan mayor had pushed ahead with enhancing Crawford Street and was now to move onto improving other streets and upgrade the riverside parklands. 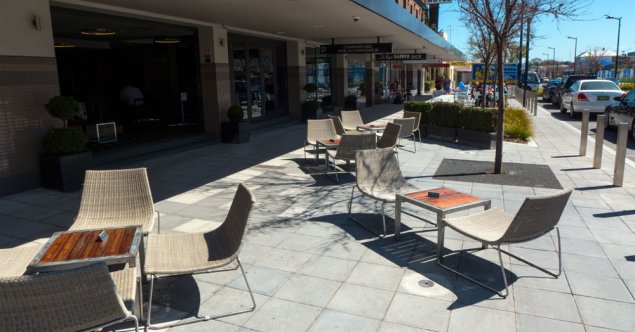 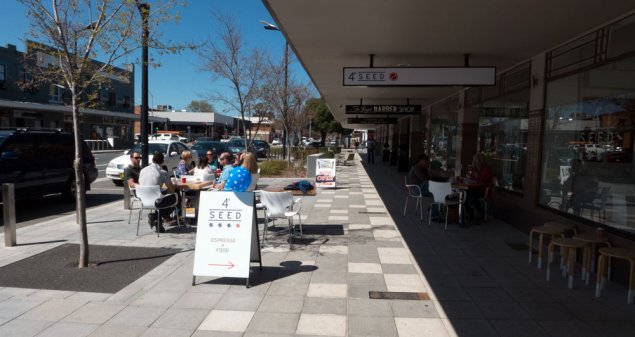 The mayor, Tim Overall, is to be congratulated for having such a commitment to his city.

Unfortunately, the mayor is now being attacked by other council members who want to see these projects terminated and for the funds to be invested in a cinema.

This begs the question: Shouldn’t a cinema be a private venture, not one undertaken by the council? These people have weird ideas about the role of the city council. Or is there something more devious at play here?

As has been proven time and time again internationally, townships that improve public amenities can better attract people to live in the city. Such projects also provide for improved quality of life for residents as they encourage people to get out and enjoy themselves.

Such improvements and benefits await the people of Queanbeyan if the mayor is allowed to get on with his initiatives.

As with any committee, be it a city council or even a professional or volunteer association, there can come a time when those on the committee, or council, somehow get it in their heads to start doing some very silly things. It seems that this is what is happening in Queanbeyan right now.

It remains a possibility that the short-sighted ones within the council could win out. However with any luck common sense could return and the city may see overdue creative enhancements to its public places and parklands.

Whatever the problems are within the council, I am sure the people of Queanbeyan, who would love to see their city looking even more inviting, are watching how these unfortunate and time-wasting episodes play out.

Back here in Canberra, we can only observe these crazy events and hope for the best for our friends across the border.

5 Responses to Postcard to Queanbeyan
Filter
Showing only Website comments

Crawford st looks great. Queanbeyan is coming along. It isn’t 1980 anymore. The place is surrounded by a disproportionate number of $1m homes nowdays thanks to the availability of small acreages and one would think council would be keen to have those families speding there money in the town rather than driving past on the way to Canberra. I cinema isn’t going to attract them.

As a Canberran I am deeply jealous of the gorgeous new avenue of trees up Lanyon Drive and the beautifully landscaped large roundabout, which together make an impressive entrance into Queanbeyan. Canberra should take a leaf out of Queanbeyan’s book. (Eg daggy entrance road Monaro Hwy would benefit from similar landscaping improvements). If this is Mayor Overall, we need one!

Unfortunately, they are serious. The Q is costing ratepayers about $10k PER DAY, and now this mob want to build another white elephant Arts facility. Absolute madness. (I wont mention the Queanbeyan Indoor Sports Centre thats gone bust already)

I tried to get on the steering committee, but was beaten out by community members who want this thing to get legs and go ahead.

Council have no business getting involved. If it was commercially viable, there would have been a cinema here long ago. I just hate seeing my rates keep going up and council funds being diverted from worthwhile endeavours to nonsensical projects like this that benefit some minority special interest group.

Keep at it Tim.

For the sake of Queanbeyan ratepayers, you really have to hope the cinema idea is not serious – for anyone who’s still interested in that sort of thing, it’s not that far to cinemas in Canberra.

1967 - 56 minutes ago
Yup. Hospital cleaners should be paid more. But, One of the mote concerning tbings in this article is that the drivers are on... View
Acton - 1 hour ago
Why the silence and inaction from the Greens/Labor ACT Govt? Why is this newly elected government doing nothing to resolve th... View
Community 22

Tennis ACT - 5 hours ago
What a great achievement Snedden Hall & Gallop! View
Martyn O'Connell - 17 hours ago
the 333 bus painted up to look like the XPT View
Katy Did - 19 hours ago
I loved that tram when I worked in Civic View
Opinion 16

Rodney Thompson - 7 hours ago
Someone who actually deserves a payrise. View
Opinion 55