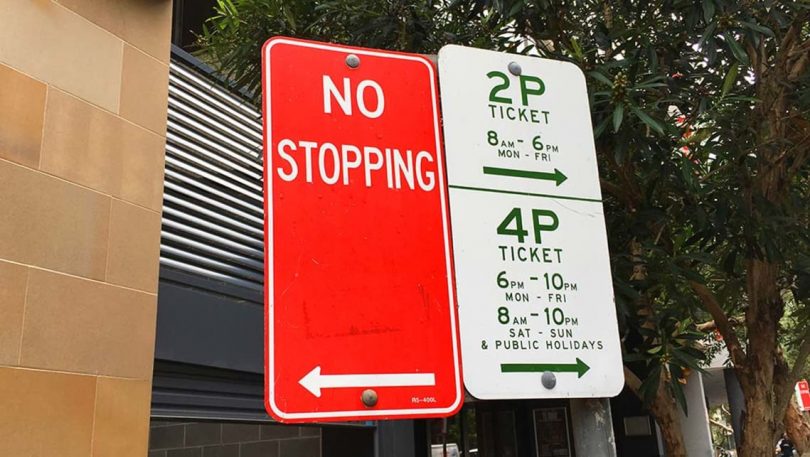 Parking tickets issued at last weekend’s Raiders game have angered many. But do they have a point about revenue raising? File photo.

While there were plenty of acerbic comments over whether vegan food options should be included in Canberra school canteen menus, it seems that opinions among RiotACT readers are in fact pretty evenly divided on the subject.

In last week’s poll, we asked whether you thought that the proposal had merit. It originated with Greens MLA Caroline Le Couteur, who introduced a motion into the Assembly that would have required government events and school canteens to ensure that there were sufficient vegan options.

Ms Le Couteur argues that the ACT should move towards more “plant-based foods” and had even suggested that vegan meals could be made the default option at Canberra hospitals. The motion was voted down in the Assembly.

Our focus was on the schools question and whether it would potentially impact canteen revenue as a minority choice. However more than half of you thought that on the face of it, more fruit and vegetable options was a good idea in schools.

878 votes were recorded for the poll. 534 votes went to “Answer 1: Yes, more fresh food options and vegetables is always a good thing”. 344 votes went to our second option “Answer 2: No, canteens shouldn’t be forced to cater to minority options and risk losing money”.

This week we’re asking you about the parking ticket dramas at GIO Stadium after last weekend’s Raiders match. After long-running concerns over low attendance at Bruce, the Raiders’ strong 2019 season and finals hopes had enthused plenty of fans. Around 20,000 people attended the Manly match-up, but many exited the stadium to find yellow tickets fluttering on their windscreens.

Some argued that parking restrictions should be eased around the stadium on home game days, adding that fans were being strongly encouraged to attend the game, but there’s not enough parking when they get there.

Around 3,000 car parks are available for public use at GIO Stadium with an early bird parking offer of $7 for attendees arriving within 45 minutes after gates open. The price then rises to $10 after that time.

Up to 400 overflow parking spots are available at the University of Canberra, which is a 20-minute walk to/from GIO Stadium. Public transport buses also have some capacity to pick patrons up on College Street.

Stadium management suggests that patrons should carpool to help alleviate traffic congestion or catch a free bus directly to the game from major bus stations including Belconnen, Gungahlin, City, Woden, Tuggeranong and Queanbeyan.

Access Canberra’s guide to parking infringements says “It is every motorist’s responsibility to check the signs where they are parking to ensure they are not doing so illegally. Signs will generally be in place on upright poles or on walls adjacent to the relevant area. Parking restrictions apply 24 hours, seven days a week, unless otherwise indicated by signage”, adding that “It is a motorist’s responsibility to find a legal parking space”.

Do you think that the parking ticket blitz at Bruce was an opportunistic exercise in revenue-raising on the government’s part or a straightforward enforcement of existing rules?

Read the signs, don’t get fined. Newsbreak: You’re not that special!\

“Stadium management suggests that patrons should carpool to help alleviate traffic congestion or catch a free bus directly to the game from major bus stations including Belconnen, Gungahlin, City, Woden, Tuggeranong and Queanbeyan.

Seon Ferguson That too.

Ted Douglas – the “poor gran” you refer to would probably get a nasty surprise if she couldn’t find anywhere to park to visit the doctor’s surgery because selfish people have overstayed their time-limited parking. if you think parking fines are revenue-raising then what alternative do you propose? Gaol time? That’s a bit severe isn’t it?

The legal parking options around the Woden athletics track is laughable, no planning there.

Our kids school doesn’t have a canteen, we have taught them to make their own lunch (with a little help).

If they Want to raise revenue. Get out there every game day. People always park illegally.

Options is the slippery slope to facism

My poor son has a green canteen…….his old school was orange, allowing kids to be kids in moderation