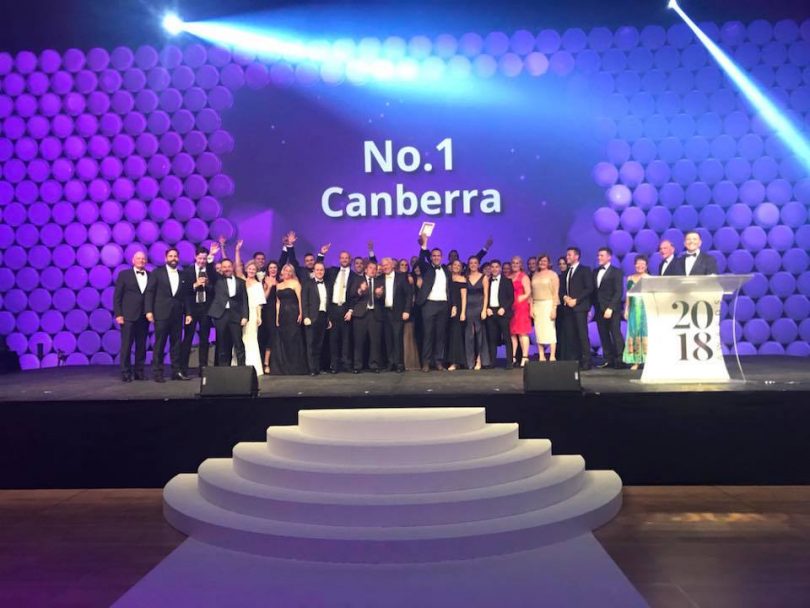 The Ray White Canberra team awarded for their extraordinary commitment to customer satisfaction at the Ray White International Awards on the Gold Coast. Photo: Supplied.

“It’s quite a coup,” says Ray White Canberra CEO Ben Faulks, about the local franchise pulling off the top award for Customer Satisfaction at the Ray White International Awards on the Gold Coast.

Ray White Canberra beat out 1000 other franchises across 11 countries to take out the highly competitive award in recognition of continued dedication to its clients and for the leadership shown in customer service.

Mr Faulks said it was significant recognition for something real estate agents were not always known for, which is a relationship-based, customer-based approach.

“We are passionate about providing superior customer experience to all our clients. Having a customer satisfaction program in place as part of my team’s strategy ensures that every client presents an opportunity for building loyalty,” he said.

“To me, a client is not just a one-off transaction but an opportunity to build a long and trusting relationship for the future.

“That’s something that’s been the cornerstone of how we’ve tried to do business for the past eight years since we opened.”

He said this meant putting the customer at the centre of everything that they do.

“We have a values-based approach to business and our number one value is customer first. We’re always talking about the experience we’re offering our customers, always looking for ways to do things a bit better, also actively seeking out feedback and ways we can improve because we don’t always get it right but we certainly do our best to do better over time.”

As well, Ray White Canberra treated its agents as its customers and expected that they then treat people the same way.

Mr Faulks said Ray White Canberra was 100 per cent a people business rather than a property business, and in an industry facing its fair share of disruption, this approach provided some insurance.

“Industry-wide it’s something we’d like to see and I know the Ray White network is promoting this as something for all agents to focus on,” he said.

Ray White Canberra also made the top 10 in the productivity area for the first time at the awards, coming in at number nine.

“It’s quite a major achievement for us and we’re looking to keep getting better, march on towards number one over the next few years and ultimately were driven to become the best place on the planet to build a career in real estate,” Mr Faulks said.

The business has just over 50 staff across rentals and sales in three locations – Belconnen, Woden and Gungahlin – and 42 of them were at the Gold Coast to receive the award.

“Customer service is a team approach one hundred per cent so it was important to us that we not only had our frontline agents but our administration and rental team there as well,” he said.

The Net Promoter Score (NPS) forms the basis of Ray White’s Customer Satisfaction Program and was a well known and internationally recognised customer loyalty metric. The formulation of NPS scores is based on customer feedback and ranges from negative 100 to positive 100.

The group has achieved a ‘world class score’ of 78 for three consecutive years. Ray White Canberra’s NPS ranking sits at positive 81, one of the highest scores for an office in the group.

Ray White director Dan White said the award was an example of how Ray White agents strive for excellence.

“We have seen a remarkable increase in engagement by both our members and clients in our customer satisfaction program this year,” Mr White said. 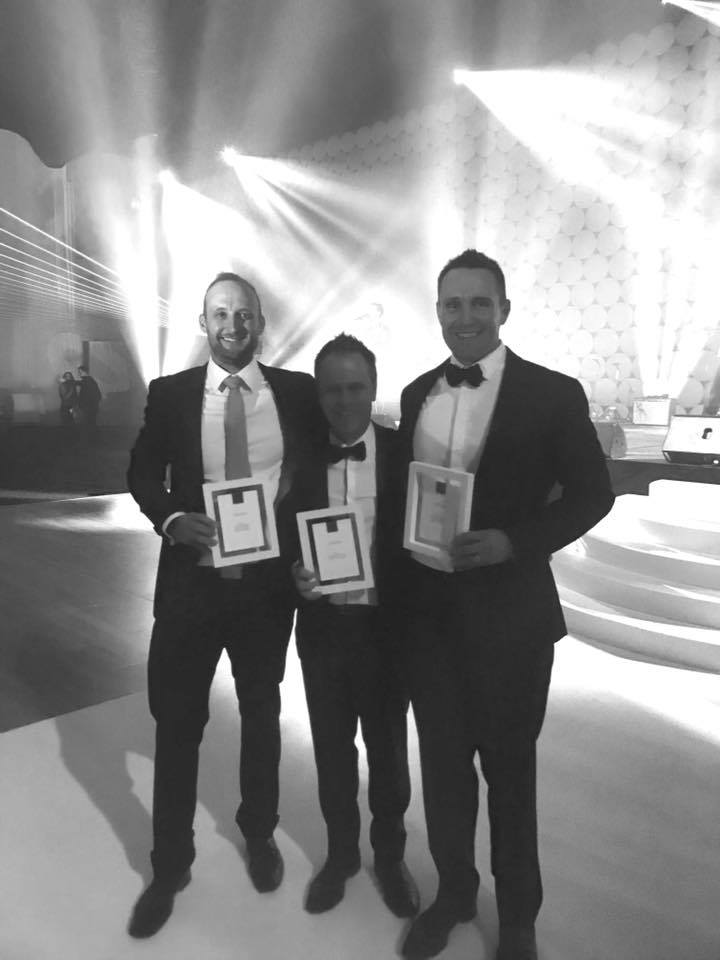 The Ray White Canberra team proud to be recognised for their excellence in customer satisfaction. Photo: Supplied.

“To our award winners, we admire your relentless commitment to delivering the greatest value possible for your clients. You are an inspiration to all in our group, and challenge us to continually try to keep getting better.”

Tim Kavanagh - Yup... it’s an app called Bitmoji where I have created a version of myself for text messages 😎