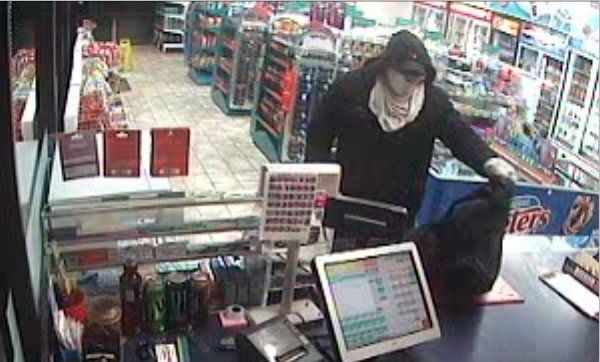 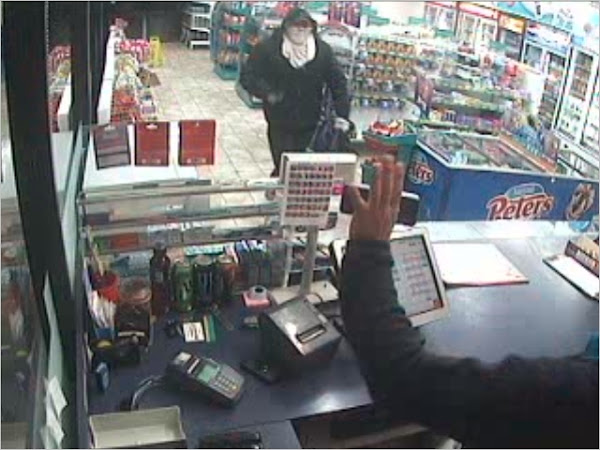 ACT Policing is seeking witnesses to an aggravated robbery at a service station in Kambah where a knife was produced.

About 10.30pm on Friday, May 25, a man entered the Caltex Service Station on O’Halloran Circuit, carrying a large cleaver style knife and demanding cash from the console operator.

The operator complied with the demands and the man was last seen heading across Jenke Circuit towards the ACT Remote Control Car Club, with a small sum of cash.

The offender is described as aged between 20 and 30 years old, approximately 183cm tall, large/athletic build, dark tanned complexion, possibly Islander in appearance. He was wearing a black hooded jumper, black tracksuit pants, a black beanie and white gloves with a white T-shirt wrapped around his face, and carrying a black bag.

Police are appealing for the driver of a white or silver hatchback, possibly a Holden Barina, which left the service station a couple of minutes before the robbery to contact them as they may be able to assist with the investigation.

Anyone who was in the area of the service station or Jenke Street and witnessed suspicious behaviour is urged to contact Crime Stoppers on 1800 333 000, or via www.act.crimestoppers.com.au. Information can be provided anonymously.

I am suggesting they sound like a similar bloke. Obviously there are some small differences in the descriptions, but I would guess the victims didnt have the time to ask the villain if it was a tshirt or a bandana that was across his face.

Just seems like a lot of similarities in the descriptions as well as the way the crimes were committed.

I’m pretty sure that *every* male between the ages of 13 and 50 has a black/dark hoodie in their wardrobe, and 182cm is only a smidge over average male adult height.

Well it is not just 6′ and a knife, there is also the dark hoodie, gloves, and white face covering.

“The man is described as approximately 6 foot (182cm) in height, with a slim build. He was wearing a dark coloured hooded jumper and dark coloured pants, white gloves and shoes. He had his hood pulled up with a white face covering underneath.”

“The man is described as being Caucasian in appearance, and around 6’ (183cm) tall. He was wearing a grey hooded jumper, black tracksuit pants and gloves. He had a white bandanna covering his face.”

“The man was described as around 5’11” – 6’3” (180cm-190cm) in height with a solid build. At the time he was wearing a black ‘hoodie’ and tracksuit pants, white sneakers and white gloves. His face was concealed by a black and white skeleton mask.”

Yes djk, they do… The AFP’s media release page has dozens of similar incidents where they baddie had a knife and was about 183cms tall:
http://www.police.act.gov.au/media-centre/media-releases.aspx

I wonder what Simon ‘Batman’ Corbell has to say about this?

Justin Watson - 6 minutes ago
Mat Lenaghan Equally where is the scientific data on the long term effects of Covid? The risk is still greater that covid wil... View
Kieran Angus - 42 minutes ago
Rade Kosa yeah and? We get boosters of a bunch of vaccinations? Tetanus is a good example. View
Rade Kosa - 48 minutes ago
Kieran Angus one word boosters. 😉 View
Sport 131

Alan Vogt - 14 minutes ago
I have travelled and raced at a good number of mountain bike destinations in British Columbia (including Squamish, Whistler,... View
Jim Reid - 1 hour ago
ACT Govt doesn’t need any more $$ they’re literally the worst financial managers and they wouldn’t be transparent as to... View
Graham Smith - 2 hours ago
Michael good suggestions. Another consideration is certainty that the revenue from pay parking is well and truly sufficient t... View
Opinion 6

Fred Colon - 41 minutes ago
Absolutely and it's a great thing. But it is ne in a hundred - over 12. View
Shane Jasprizza - 1 hour ago
One in a hundred Canberrans remain unvaccinated; the risks are extremely low. View
Gary Keogh - 1 hour ago
There aren't too many Canberrans left over 12 who aren't at least partially vaccinated. View
Community 24

Lindi Loo - 1 hour ago
Are these two 'paid actors'? If not, they should be! Brilliant 😂👏... View
Emily O'Shea - 2 hours ago
Jen O'Shea watch the video in this View
Shannen McCann-Geiger - 3 hours ago
The wife looks super happy to be there View
Lifestyle 10

Chris Partridge - 2 hours ago
Denise Show Monica... View
Kathy Johnson - 2 hours ago
Barb made our eldest sons blanket 38 years ago, then the blanket was passed on to our eldest grandson 11 years ago. Our blank... View
News 6

UPDATED 5:40 pm: More COVID-19 restrictions are set to be eased after the ACT reached the crucial 80 per cent fully vaccinated...
Best of Canberra 197

For many, the thought of visiting the dentist can come with a wave of anxiety. But even when you do...
Property 42

@the_riotact @The_RiotACT
Former #gambling addict Markus Fischer used to win big, but then he began chasing his #losses and his life spiralled out of control. Now reformed, he's encouraging others to seek #help during Gambling Harm Awareness Week https://t.co/fzdCR1Zec7 (48 minutes ago)