In uncertain times,
we give you certainty.
16 January 2019

Rent-a-crisis: Why Canberra's rent reputation needs an urgent fix, before it's too late 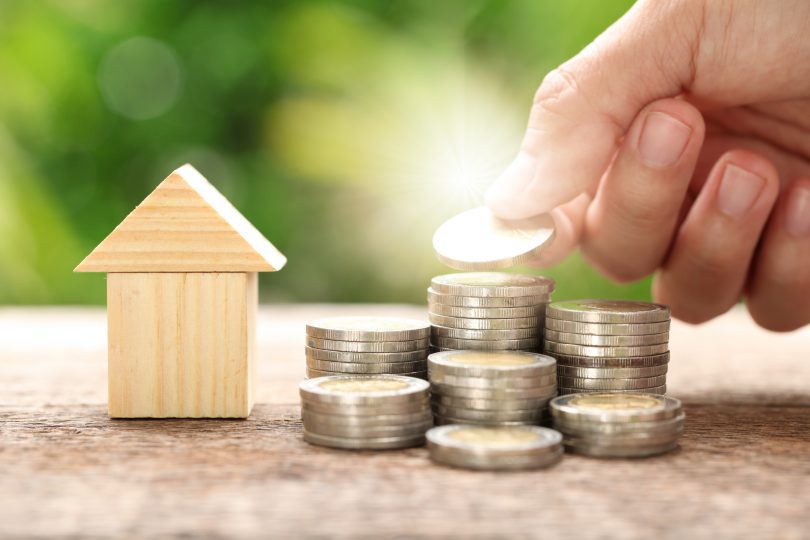 Canberra is now the most expensive city in Australia to rent.

Canberra now has the unenviable tag of being the most expensive city in Australia to rent a house, even beating Sydney in the process. Data released last week confirm what many renters in Canberra already know: while the capital undergoes an apartment boom, most of them are often prohibitively expensive, causing significant stress to many Canberrans.

The median rental price for a house in Canberra is now at $560 per week. While apartment rental here is not as expensive as Sydney, it is still pricey. The latest figures show that Canberra is now the second most expensive place in Australia to rent an apartment. So, for many families, it’s very hard to find a suitable property in Canberra that fits the household budget.

While these prices will hurt most budgets, if you are on a lower income, it is unaffordable. With the weekly minimum wage sitting a bit over $700, there’s most of your money gone on rent. Even with income benefits such as Newstart or Youth Allowance, or even Commonwealth Rent Assistance, chances are your housing costs are likely to be more than your payments. This means you are likely to be in poverty and at risk of homelessness.

Up until recently, it’s been hard to paint the picture of housing affordability in Canberra because of how affordability is measured. Generally, when ACT rents are compared with other places in Australia, the high medium incomes of ACT households hide the problems. The general consensus was that since many of us earn high wages, it looks more affordable than it is.

We have now reached a point, however, where this no longer masks the issue. Now rents are so high that even when the high median household incomes (around $108,000 per household compared to around $75,000 across Australia) are factored in, many Canberra suburbs are unaffordable. The Rental affordability index (RAI) produced by National Shelter, Community Sector Banking, The Brotherhood of St Laurence, and SGS Economics reports regularly on the affordability of rents across Australia. It found that inner city and suburbs in the ACT had moved from a rating of moderately unaffordable to unaffordable.

We are not talking about small numbers of people. The last cost of living report released by the ACT Council of Social Service reported that there were 34,543 people living in poverty in the ACT in
2015-16 (representing 9.2 per cent of the total ACT population). It highlighted the fact that almost 1,600 people experienced homelessness in Canberra on census night in 2016. It also noted that almost a third of low-income rental households in the ACT were experiencing rental stress (33.8 per cent, or 8,672), while that rate rose significantly for private rental households (47.8 per cent).

This all highlights the fact that we have reached the crisis point that many people have been warning of for some time. The question now becomes what to do about it.

There are obviously issues of supply but this does not tell the whole story. Despite suggestions that there is an oversupply in units, most of these units still demand high rents. We may see some prices drop in the next period, but it’s hard to imagine it will help those at the lower end of the market. Many future apartment developments seem to be pitched to the middle and top end of the market. There continues to be a problem when we prioritize housing assets as a wealth generation vehicle rather than a way to provide a home for people.

Clearly, this is an issue where we need Government leadership and action. It was good to see the issue of affordable rent being identified in the recently released ACT Housing Strategy. There were a number of actions identified to address this issue, including growing and diversifying the community housing sector, increasing the supply of affordable rental private properties, and recognising the need for targeted programs to increase the supply of affordable housing for at-risk groups.

There have also been some small initial actions. For example, Community Housing Canberra was recently awarded a grant to establish a not-for-profit real estate agent. It is clear, however, that most strategies will take time and require significant resources to actually deliver more affordable rental properties.

Given the crisis we are now facing, we need to act now to help people who are struggling. People on lower incomes and unable to access public housing must have rental options that are affordable. They need support to ensure they do not become homeless. We don’t want to be in a situation where people on lower incomes can’t afford to live here.

What are your ideas about how to create more affordable rental in Canberra?

Rebecca Vassarotti is a board member of Community Housing Canberra, a community housing organisation focused on delivering affordable housing. She also sits on the management committee of the Early Morning Centre, a homelessness service.

Affordability is a massive problem. Another one is the abuse by property managers and owners on renters.

We pay well above average rent, yet receive push-back for even the most minor and necessary of repairs. We keep our home tidy and care for it as though it is our own. Then we have to accommodate inspections every 3 months where the most MINOR of wear and tear is nitpicked to death. Then when we move out, they try to extract money for basic wear and tear. I am talking about extremely minor things that would happen in a home you yourself own.

You already have money, landlord, it’s the thousands of dollars of rent you collected! That should ease the sting of minor wear and tear.

It is unreasonable to expect people to live in a home for a year or two yet somehow magically result in zero wear and tear. Yet that is what many Canberra property managers demand.

If they care so much for their homes, why aren’t simple and BASIC repairs (such as kitchen drawers or a stove being nonfunctional) taken care of? Yet if a pan creates a minor scuff in their sink they ask you for money for it! They also don’t mind inconveniences you by waiting to have repairs done before you moved in…and sometimes have you allow three contractors through for quotes first…on things that needed repair BEFORE you moved in!

Next they’ll be asking for our firstborn.

It’s hard to manipulate rents as they are driven by supply and demand, but one way to make at least the cost of living cheaper for tenants would be for landlords to be incentivised to install solar panels on their investment property rooftops. For me, as a tenant, electricity is our second biggest expense, and this is something the local government can get involved with.

You could have highlighted the massive increases in Rates and Land Tax in the ACT + high cost of strata and services.
Landlords aren’t exactly lying back and reaping in massive profits.

What? Landlords in Canberra have some of the highest average rental returns in the country… The impact of land tax is also overblown – economics 101 will teach you that these type of taxes are primarily absorbed by the landlord, and not the customer.

The rental market in the ACT is a textbook example of market irrationality considering they is an oversupply of housing.

What a goose comment. So the $200 land tax per week on my rental property isn’t passed on to the tenant?, I can tell you it certainly is.