RiotACT park cricket round up

As planned a bunch of Rioters met on Saturday afternoon for a bit of cricket and rather a lot of beer (well it was quite hot). 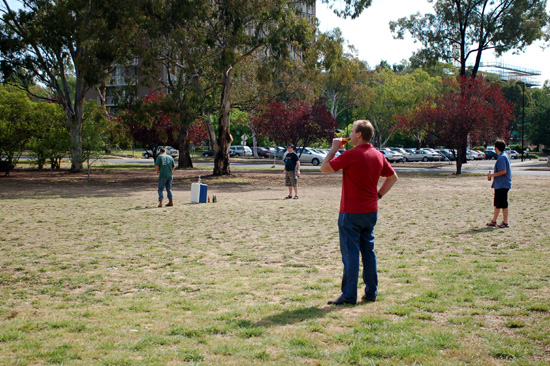 Much fun was had by all, although I think the winner of the day was the shop across the road which sold beverages (I did hear a report that it was robbed shortly after we departed but unfortunately my source didn’t have the presence of mind to take photos). 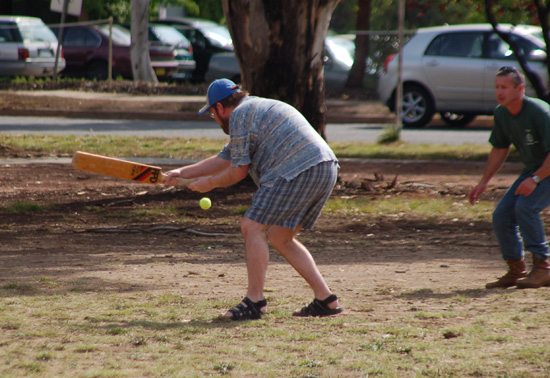 Our enthusiastic spectator proved herself multipartisan, cheering all sides throughout the match.

I discovered that I’m competent enough to hit some decent shots but just incompetent enough to not be able to get myself out when getting exhausted. As a result (plus a certain amount of unfitness), I’ve spent yesterday and today in a state of much stiffness.

JB’s enthusiastic bowling has rendered him in much the same state. 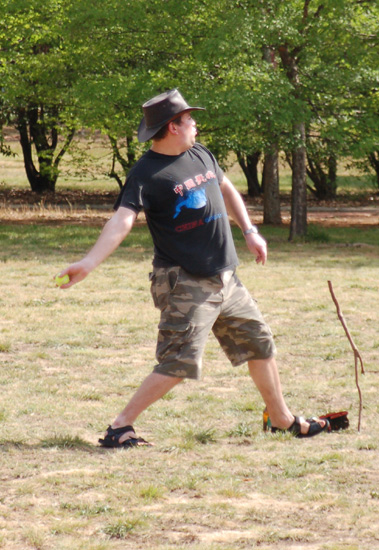 Yes, but thanks for the clue – the firewall at work has turned out to be the culprit.

I can’t see the photos for the JB’s XI in the above story.

No knee-high white socks to go with those sandals? For shame.

LG is now very cross with LurkerBoy for being sick and needing to be looked after.

Glad you had such a great time guys.

I’d been out bush earlier, thus the GP boots…

I’d say the worst (or best depending how you look at it) sledger was Che.

are you mocking our sandals?

Those are some sexy shoes right there 😉

I see Thumper was behind the stumps, probably giving all sorts of lip as per usual 😉

Our enthusiastic spectator proved herself multipartisan, cheering all sides throughout the match.

Oh I do have bony wrists 🙁 Shall have to eat more of those there chips then!

Angela Moore - 14 minutes ago
"The Poplars" The Poplars are fell'd, farewell to the shade And the whispering sound of the cool colonnade. The winds play no... View
Sue McIntosh - 4 hours ago
Ho hum, what else is new? More trees given the chop. If council is so worried about the trees falling, then they should be re... View
News 39

Chris Liddiard - 7 hours ago
Kirsten Madsen thank you for this. I’m sure she will be interested. She is really missing band at the moment. View
News 49