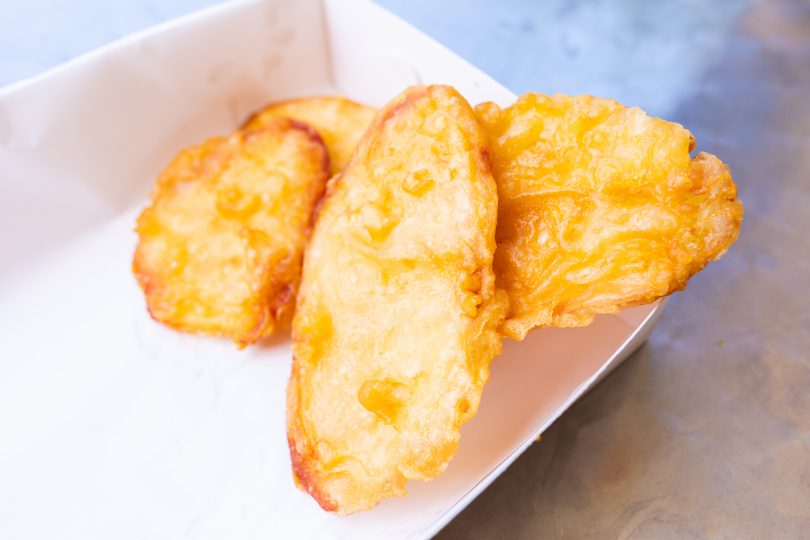 The scallops have it. Photo: Daniella Jukic – We Are Found.

“Victoria calls it a potato cake, but NSW calls it potato scallop. We follow NSW.”

So says the general manager of food and beverage at the Canberra Southern Cross Club, Anurag Gautam, who also oversees the menus at both of the Snapper fish and chip shops. It’s not the only debated food term he comes across.

“When someone orders a well-done steak, we call it ‘cremated’,” he says.

Then there is “honey puck” for a well-done hamburger, and “nuke it” which means to microwave something. It turns out even the number 86 carries meaning in hospitality circles.

“There are two branches of a restaurant here in Canberra that get its name from this number. It’s basically a term hospitality uses for sold out, and I have no idea why.”

The term is thought to have first emerged during the US prohibition era in the early 1930s. The Chumley’s bar in New York City would direct all of its patrons out the door onto 86 Bedford Street while police came in through the main entrance. But we’ll never know for sure. 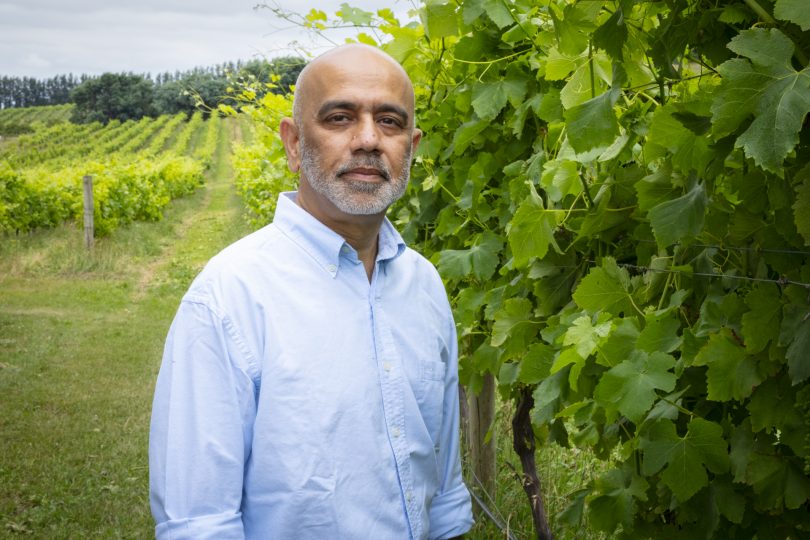 Do you add chicken salt to your parmy and schnitty? Do you go for a HSP (halal snack pack) or servo food after a night out? Perhaps you prefer bum nuts to smashed avo on toast.

Published by the Oxford University Press since 1998, the “dictionary of Australianisms” includes words and meanings that have originated in the homes, businesses, farms and probably toilets of our slang-loving country. The first edition included 10,000 headwords, compounds, idioms and derivatives, while the second edition rose to over 16,000.

This time, the focus is on the kitchen.

Vegemite, pavlovas, lamingtons and snags on the barbie are all a bit last century, and the ANU experts say there is a wide range of new and exciting food choices for the average Australian.

It seems more of us are settling down to souvas and potato gems in the evening and waking up to a Tim Tam slam and a flattie in the morning, for example. 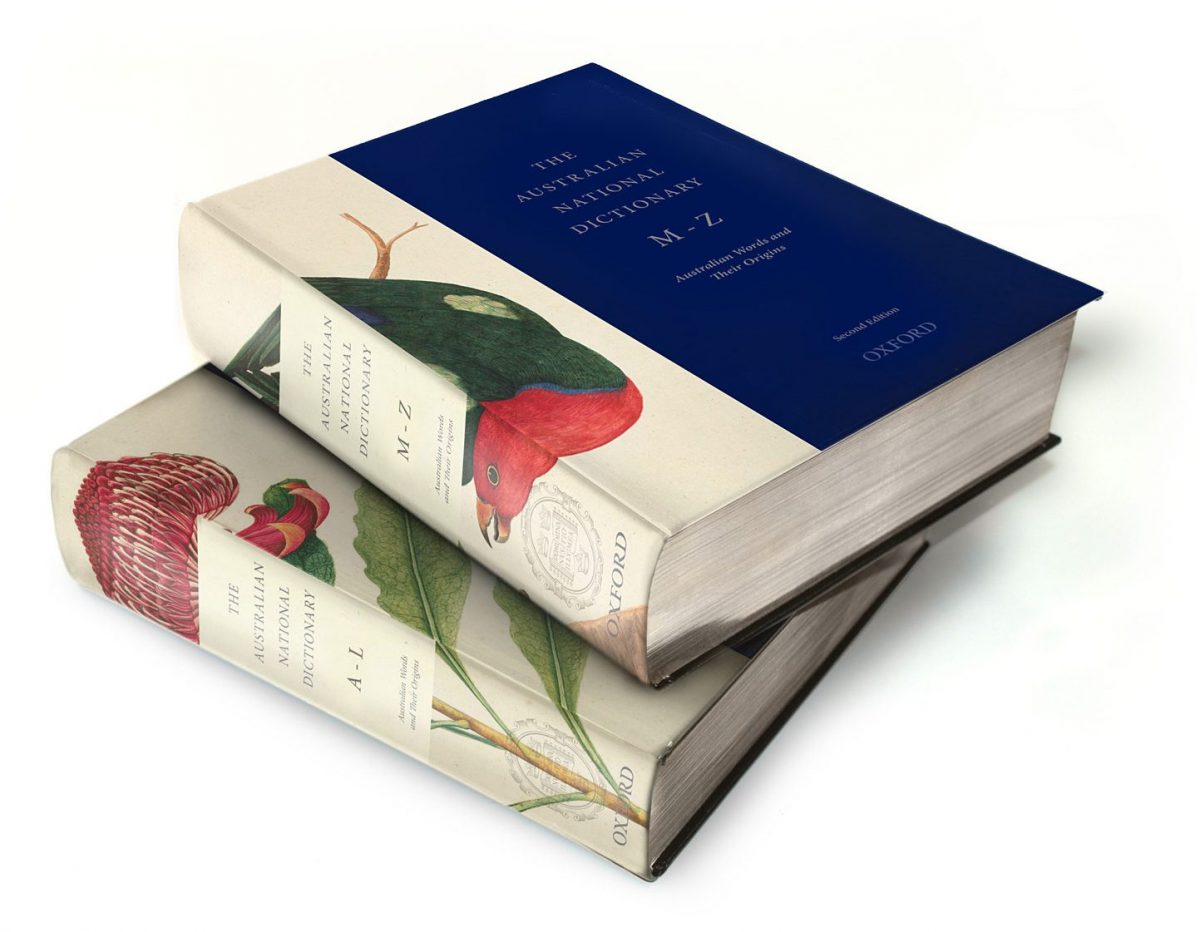 ANDC director and chief editor of the dictionary Dr Amanda Laugesen says that as culinary culture changes in Australia, so too does the language we use to describe food and the dining experience.

“There is a much wider range of food choices available now – multicultural dishes, street food, ingredients from native plants and animals,” she says.

“We also like our less formal ways of enjoying food, from sausage sizzles to food festivals.”

Dr Laugesen says all these changes are reflected in the language we use and expects there are many more terms not recorded yet.

“We’ve collected some older words that should have gone into the dictionary before such as honey joy, tank loaf, bushman brownie and smiley fritz to name a few. We also welcome contributions that may not be new but you think should be recorded.”

Each year the ANDC runs an appeal for contributions from the public for The Australian National Dictionary to build on the publication’s collection of Aussie words and their origins.

“Contributions from the public are a very important way of alerting us to new words, or words that may’ve been overlooked in the past,” Dr Laugesen says.

“We look forward to seeing what we discover with this latest appeal.”

Maybe we’ll find out just how many heathens call it a potato cake.

Only one word ‘scollop’

Brad O’Mara Potato CAKE! Order 4 get 5. With chicken salt! BEST! Or add them to your already sandwich for a gourmet taste.

Scallop is a sea creature. That is a slice of potato!!

Scallop not potato cake. I thought the name was because thinly sliced potatoes are called scalloped potatoes. Hence potato scallop for the battered version.

Hen fruit for eggs, and to add to devon/Fritz controversy it’d Polony

Scallop means cut thin , but a cake is sweet

Potato Cake in Tassie too

Isn’t a potato cake crated potato and eggs. Old fashioned meal back in the day

Scallops are in the sea.. these are made of potatoes for heavens sake. 🙈🙈

Also, you can’t get Flake in Canberra like Melbourne.

It’s Hake, Hoki or “Barramundi” which isn’t even Barramundi (I proved 3 takeaways of this)

Actually, from Merimbula south they are called potato cakes. Lots of Victorians travel to Merimbula.

Glenn Thomson I miss flake loved it down south at home

Glenn Thomson in tassie we had Coota (cooda?) too and no clue what it was, but had long bones.

Its a potato scallop

Pam Gulliver Yes it is the end of story because I just finished eating it. Lovely tasty Potato Scallop. NO SCALLOP, NO STORY< 😁😊😁

Ron Selden scallops are in the ocean not grown in the ground as potatoes are. Check ya geography mate

Pam Gulliver You are wrong Scallop is a cooking term depending on the type of cut. That’s why we call them Scallops above the Murry River.

Ron Selden . Murray .. has an A in it! Still wrong with potato CAKE

Pam Gulliver You think your way I will think my way which is the correct way. Enjoy your weekend.

Best thing is if you say potato before the word scallop or cake, they pretty well know what u want in any state so all good 👍

Potato scallop for sure 🙂

Potato Cakes here in Adelaide, but Potato Scallops back home in NSW where I come from.

Potato Cake but then I’m from Adelaide …. found it very odd they were called Scallops here, scallops are seafood.

Kylie Purdie
Scallop in cooking terms is the type of cut. It’s called a potato scallop because of this.

But you do realised it doesn’t matter and it’s all tongue in cheek … I’m not that passionate about it. Regional difference in languages are fascinating.

Kylie Purdie
So it is the cut of the potato.

Kylie Purdie I’m from Adelaide too and we called them Potato Fritters. Banana in batter – Banana Fritter, Pineapple in batter = Pineapple Fritter and same for Potato!

Do you carry them in your chilly bins?

Even back in the 60’s we called them SCALLOPS 😀

Janette Hugs only if you’re from NSW!

Jilly Beans They were called scallops in Canberra as well.

Jilly Beans They were at mine. It wierd isn’t it. Either way I still call them scallops and they are still delish 😋

Jilly Beans Jilly did you know the Macquarie dictionary says Scallops. It interesting.

Christine Hamilton depends on wha stats you come from.

Potato cake, have always known them as that, so won’t be changing.

Shaz Ray
Do you know what scalloped means when in reference to cooking? = potato scallop.

Leos Nikias yes I do, but the potato cakes aren’t really scalloped as such. When I first moved to Sydney I asked for scallops (the fish) and got potatoes. It was a hard lesson to learn. 🤣

Garth Waring it’s a bit silly I know, but a real scallop is seafood in Victoria. Hence the distinction. Now I feel like fish n chips and it’s 2am 🤣👍

Potato Cake…. And yes, they taste a bucketload better in Victoria also

Peter Bee they are not SCALLOPS.. potatoes 🙈

It’s a good test to see if you grew up here or not. Anything other than potato scallop reveals you didn’t.

Thank you for asking the important questions…

Everyone knows that it’s potato scallop if your family is from NSW, potato cake if Victoria (for the sliced, battered and fried food of the gods!).

Tim Weiss it’s a Scallop hey mate? Due to the shape and cut of it, hence how the scallop of the ocean got it’s name too.

Egg plant rather than aubergine.

Regan Kevill why can’t people get this. It’s not hard!!!!

Also
Mashed and crumbed potato = potato cake
but yes, just what I came here to say!

Regan Kevill Im from Adelaide, sliced and battered is a potato cake. It is very much a regional thing. A scallop is a seafood creature …..

Regan Kevill I like the logic but it’s not about logic, it’s about where you live. If it was about logic I wouldn’t have gotten a schooner after asking for a pint in a bar in Adelaide.

Scallop as in scalloped potatoes

Potato scallop, it depends on where you grew up.

Scallop. This is about where you grew up, southern NSW will always be scallops.

Shaz Ray a scallop is also a shape – same as a slice of potato, therefore the name. 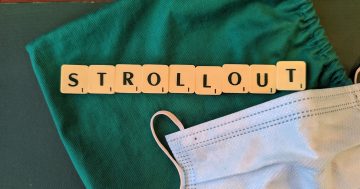 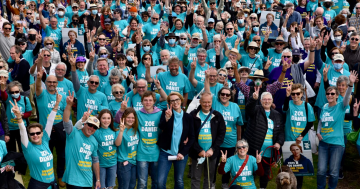