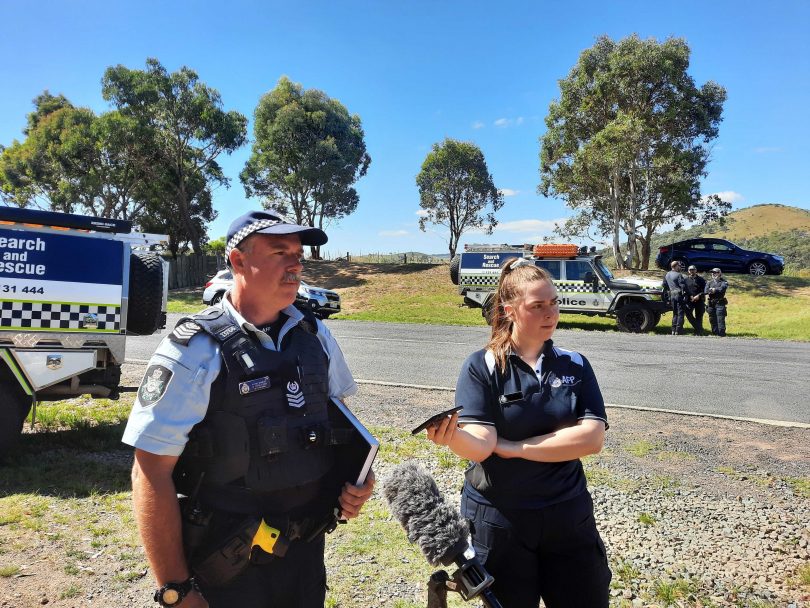 Addressing the media, police said a kayaker initially attempted to save the man but he was unable to support the drowning man.

While the specifics of the incident are still under investigation, police said they were called about 12:30 pm today and activated support from ACT Ambulance, the SES, AFP Search and Rescue, police divers and the Toll Helicopter.

The man was visiting the area with family. His body was recovered some time later.

Police said his cause of death was still being investigated.

Acting Sergeant Angus Fergusson said Canberra waterways were still quite cold and he took the opportunity to remind people to take extreme care when swimming in natural waterways. 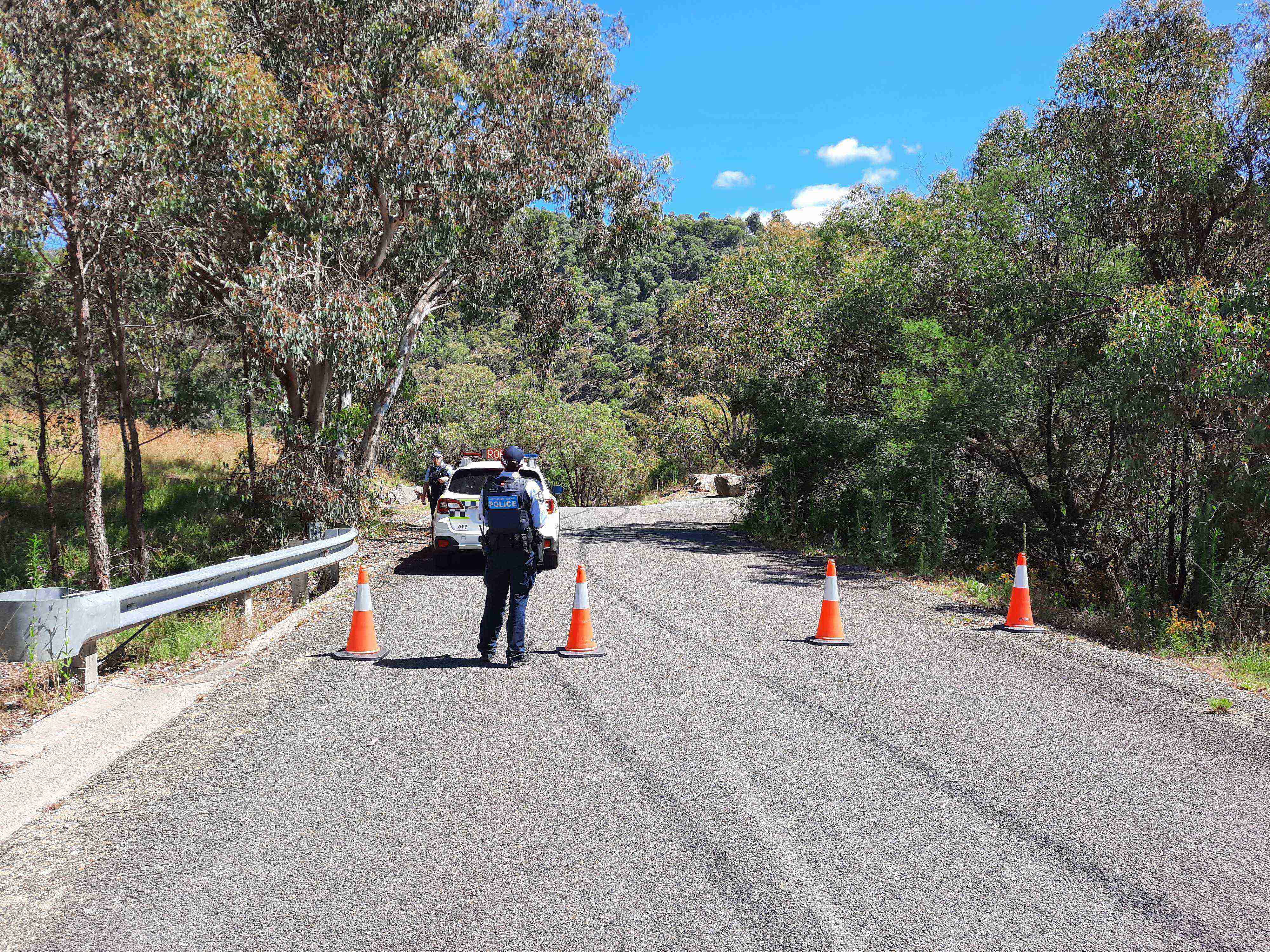 Police have blocked off the road to the Kambah Rock Pool. Photo: Ian Bushnell.

“If they are unsure, they shouldn’t enter.”

2 pm: A major search operation is underway on the Murrumbidgee River south-west of Canberra after a man was reported missing at Kambah Pool.

The man went missing from the popular swimming spot late on Saturday morning, 22 January 2022, and there are fears he has drowned.

Police have blocked off Kambah Pool Road as the search continues.

Recent rain has swollen the Murrumbidgee River and it is running strongly, with murky brown water that would hamper the search effort.

Kambah Pool itself had been closed for swimming following a bacteria alert in the Murrumbidgee River, but remained open for boating and other activities. 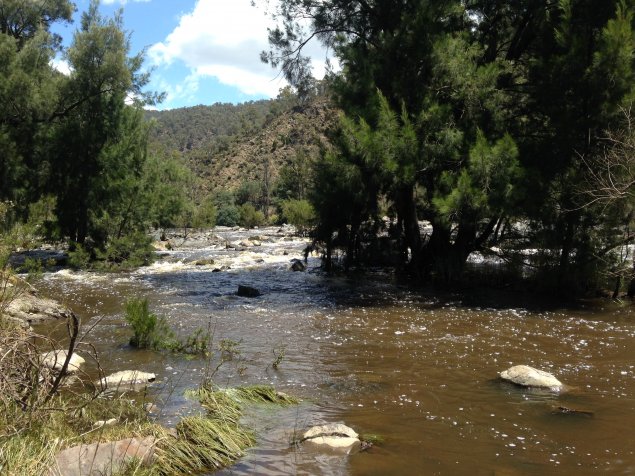 A search is underway of the Murrumbidgee, near Kambah Pool. Photo: File.

Police will be releasing more information at 4 pm.

Condolences to him and his family

Sorry for his family. 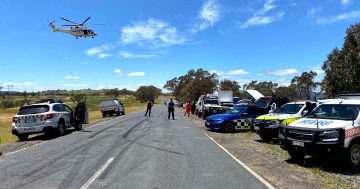 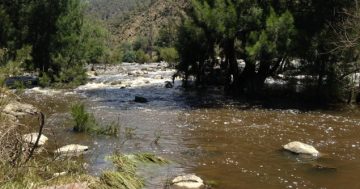 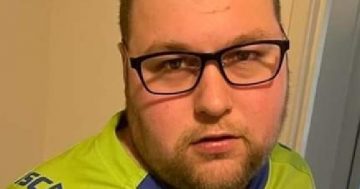 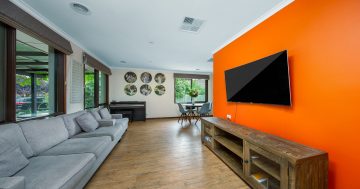