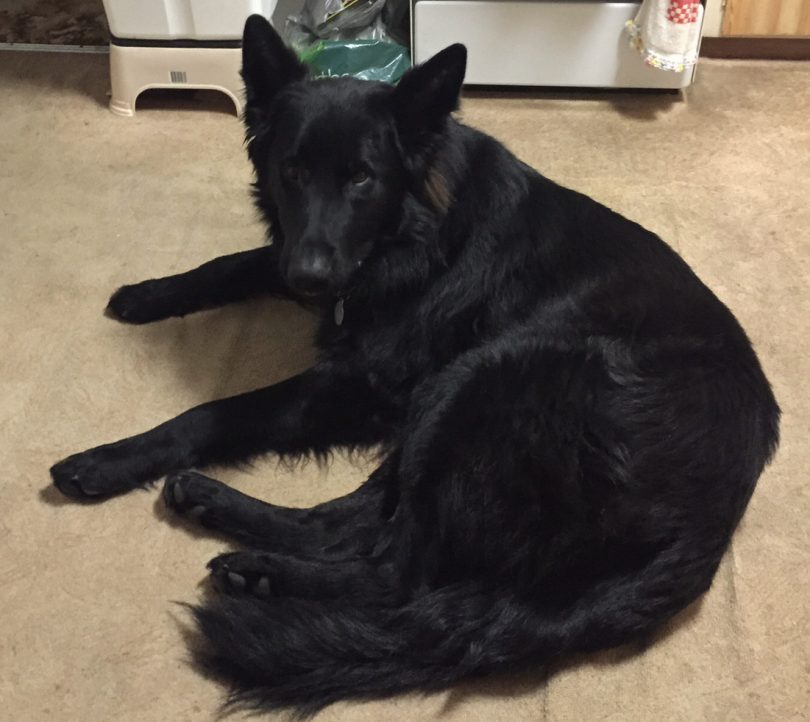 The Queanbeyan owners of a black German shepherd that has been missing for more than six weeks believe their much-loved friend has been sighted in the Batemans Bay area.

Owner and Queanbeyan real estate principal Andreas Haas told Region Media he has spent every spare moment trying to find Koda, his five-year-old best friend that he has owned since he was a pup.

Mr Haas said he has been putting posters up everywhere and is now making regular trips to Batemans Bay where he has confirmed the dog has been sighted.

“We’ve had quite a few sightings and people contact us, and some really nice people have tried to help us search for him, but we haven’t been able to get him back yet,” Mr Haas said.

“It’s been a lot of worrying and we’re obviously keen to get him back. He’s more than just a dog to us, he’s a family member and he’s always been a great dog.”

Koda escaped from their fenced home in Queanbeyan on 26 July on a windy and rainy night. Mr Haas suspects Koda may have become disoriented or was then picked up by a stranger.

Koda, a long-haired, fully black German shepherd with a bushy tail, is wearing a chain and ID. He was first sighted in Jerrabomberra before further sightings were reported in the Batemans Bay area. Koda has been sighted in Queanbeyan, Jerrabomberra and Batemans Bay.

“Koda is a beautiful-natured dog and he’s escaped a couple of times but has always come back. This is the first time he’s been away for longer than 20 minutes.

“He escaped this time while he was with my elderly mother when I was recovering from surgery, so I think he may have lost his way back home,” Mr Haas said.

Mr Haas is confident Koda has made his way to the coast, most likely with someone who has picked him up.

“I don’t know whether he’s escaped by himself down the coast and is with somebody new, but I feel that someone brought him down there to try and keep him.

“It was definitely him in the pictures,” he said.

He has also had photos and video footage sent to him from the area, from which he has been able to confirm the sighting is Koda.

“I obviously know the little traits of Koda – his expressions and profile – that I have been able to identify that it’s him,” he said.

Koda’s family have also posted to a number of community pages on Facebook and have set up a Please help bring Koda home page.

“I’m sure he’s just scared and people just haven’t been able to catch him. We’re definitely not giving up and I’ll continue the search as often as I can.”

Mr Haas has offered a $500 reward for the safe return of Koda. 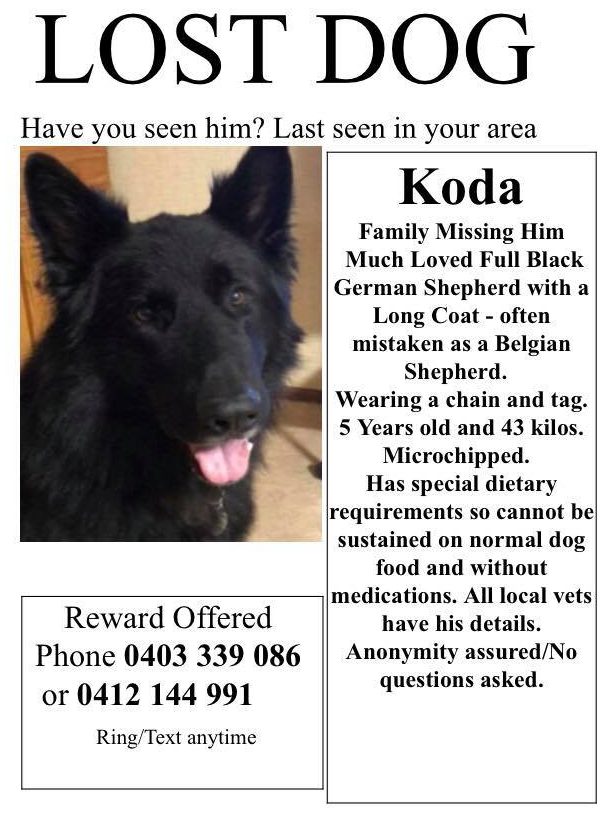 whatwik - 53 minutes ago
"And when these materials do arrive, they have been going missing from job sites, builders told Region Media" When our renova... View
News 10

Daniel O'Connell - 1 hour ago
Greater costs for electricity to follow, just like the rises currently being arranged due to 100 percent renewables. View
Capital Retro - 4 hours ago
Bill Gates is the world's richest virtue signaler: https://www.cnbc.com/2021/02/14/bill-gates-on-his-carbon-footprint.html Li... View
HiddenDragon - 16 hours ago
Some cautionary words here about the limits of battery technology - https://www.abc.net.au/news/2021-02-16/bill-gates-zero-em... View
Property 1

Escape to the coast with this stately Long Beach home