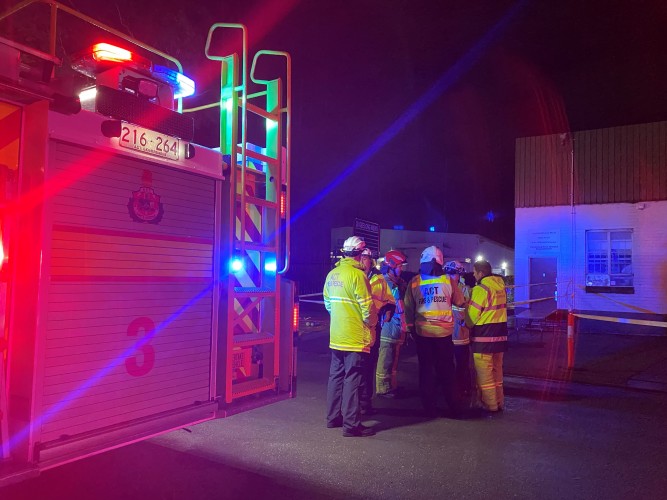 Crews arrived on the scene after 5:00 pm yesterday and determined the smoke was coming from some batteries in one of the units. Firefighters remained at the scene over Wednesday night to monitor the batteries for residual heat.

No surrounding buildings were damaged in the blaze, although some did have to be evacuated over the course of the evening.

ACT Policing cleared buildings in the area as a precaution, and a road closure was put in place along Geelong Street, approximately 400 metres from Canberra Avenue.

It’s the second time Beam’s e-scooter warehouse in Fyshwick has caught alight in the past two months.

On 31 May, several e-scooters and batteries were destroyed in a blaze at the facility. Firefighters again stayed overnight to monitor the situation.

Beam issued a statement in which they confirmed that “as per instructions from WorkSafe ACT, we have not accessed the facility since the fire in late May, and the warehouse has not been utilised for operations”.

“Beam’s operations in Canberra will continue as per normal,” it read. 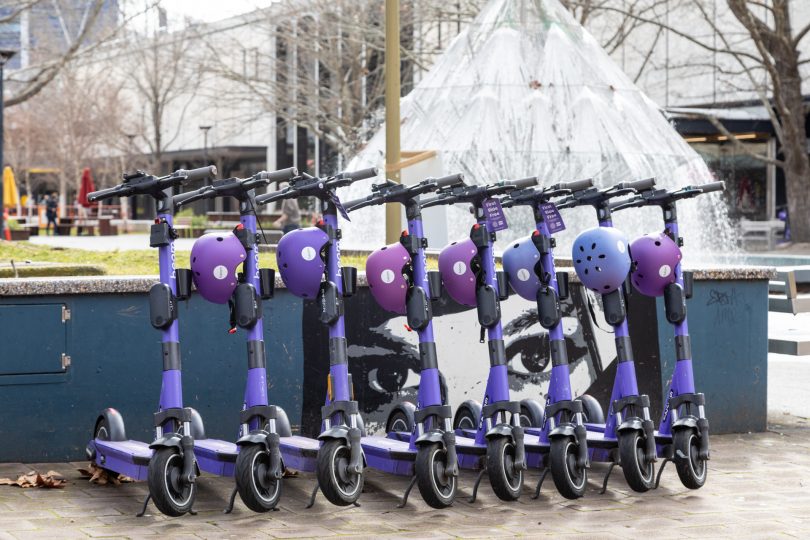 A spokesperson for the Emergency Services Agency said the fire was not being further investigated by their team, as an investigation from WorkSafe ACT is already underway.

WorkSafe ACT said they were unable to comment as it was active investigation.

The same spokesperson also said last night’s blaze was extinguished comparatively quickly because firefighters were able to implement the learnings from May’s fire.

Neuron Mobility, the other e-scooter operator in the ACT, issued a statement this morning in response to several media enquiries “to confirm that Neuron’s premises are not located on Geelong Street and in no way was our business involved in this case or the previous fire, which was reported in the same location, on 31 May”.

Left laying all over the place, often ridden by two people, usually without helmets, causing numerous injuries, and now starting fires. In their rush to become an all-electric town, the regime running Canberra forgot to think about basic health and safety. 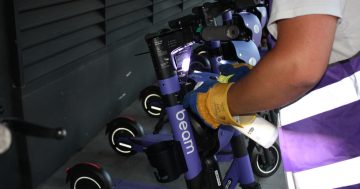