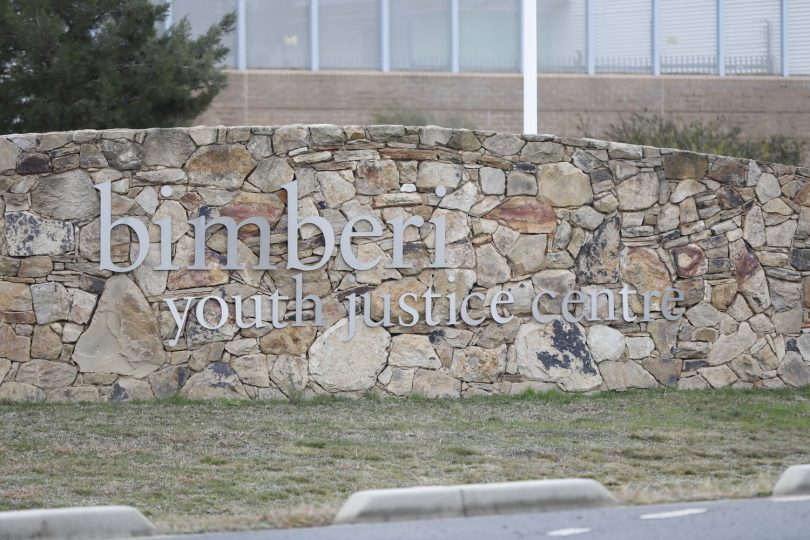 Concerns have been raised that children in detention are in full view of security cameras while being strip-searched, showering or changing clothes at Bimberi Youth Justice Centre.

ACT Inspector for Correctional Services Neil McAllister has released Bimberi’s first healthy centre review and found that while strip-searching practices are sound, the dignity of prisoners is impacted by the camera’s presence.

The camera can be turned on from the control room at any time and footage is then stored for between 30 to 45 days, increasing the risk it can be viewed by further staff members, the review said.

Bimberi said the wall within the room provides adequate privacy for detainees and the camera is only there to “protect the staff member conducting the search from unfounded allegations” but this was dismissed by Inspector McAllister.

“The review team found that the wall does not adequately protect the privacy of the young detainee,” the review said. “It is entirely possible the unclothed bodies of young detainees, especially their top half, could be viewed on this camera.

“It is also inappropriate to have a CCTV camera in a room regularly used for young detainees to shower and change their clothes.” 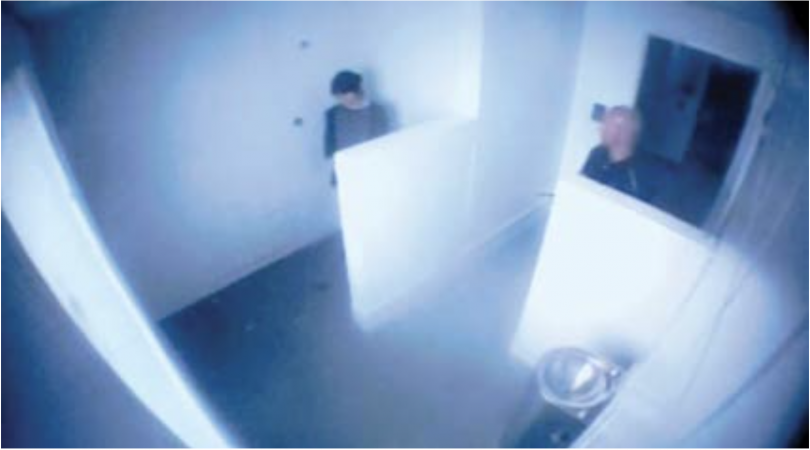 The review also found that detainees did not have access to food for more than 13 hours when they are secured overnight and no self-catering options were available.

This could be longer if cells are not unlocked as planned the next morning.

Operational lockdowns, which “impose significant limitations on the rights of young detainees as well as negatively impacting their wellbeing and rehabilitation”, were also experienced during a long period in 2o19-2020 due to staff shortages.

Australian Children’s Commissioners and Guardians say lockdowns should be used as a last resort and in strictly limited circumstances.

They decreased in April 2020 after a recruitment drive, but lockdowns in response to incidents can occur regularly. Inspector McAllister recommended that Bimberi record when there is a centre-wide lockdown and work to mitigate the impact of the lockdowns on detainees.

Detainees expressed their frustration at the lockdowns and wanted other options to be considered as opposed to locking down the whole centre.

The review also recommended a systemic throughcare program – a provision of support for detainees – be created after being recommended by the ACT Human Rights Commission in 2019.

Health and education programs were found to be lacking, with programs being described by Inspector McAllister as “ad hoc rather than based on what therapeutic outcomes young detainees need”.

“Throughcare is an important way to prepare young detainees to re-enter the community and, if done properly, can reduce the likelihood of them returning to Bimberi,” said Inspector McAllister.

Some young detainees told the review team they felt like they did not have a voice in Bimberi, resulting in Inspector McAllister recommending Bimberi implement formal consultation procedures.

The ACT Council of Social Service (ACTCOSS) welcomed the review, but said that while Inspector McAllister found most of the young people housed at Bimberi felt physically and emotionally safe, improvements were needed.

“It is important these young people’s voices are heard and that rigorous oversight mechanisms are in place to protect and care for them while they are detained,” said ACTCOSS CEO Dr Emma Campbell.

ACT Council of Social Service CEO Dr Emma Campbell has called on the ACT Government to accept all of the Bimberi Youth Justice Centre report’s recommendations in a timely manner. Photo: Dominic Giannini.

Dr Campbell also called on the ACT Government to prioritise staff training and data collection on young people with a disability inside the centre.

“Even though young people with disabilities are overrepresented in the youth justice system, there is currently no clear screening mechanism to identify and support the needs of those young people at Bimberi,” she said.

“Bimberi does not currently provide adequate training in disability awareness for youth detention officers, and there is no data collection on the health needs of young people at Bimberi even though similar data is collected in other jurisdictions.”

The report made 93 findings and 27 recommendations, which Dr Campbell encouraged the ACT Government to accept in a timely manner.

ACT Minister for Youth Justice Emma Davidson said the government is actively looking at housing and employment services as well as health and mental health services, such as drug and alcohol services, to help young people avoid interacting with the justice system.

The ACT Government has six months to officially respond to the report after it was tabled in the Legislative Assembly on Tuesday, 22 June.

Scott Woolfenden - 8 hours ago
In this case,Novak stood by his beliefs that the rules are Bellshill and wasn't going to be billed. Perfect role model.... View
Carol Byrne - 9 hours ago
Sometimes they fall off. View
Vicki Mcateer - 10 hours ago
Robin Bontjer 4 million Ha ha View
Opinion 13