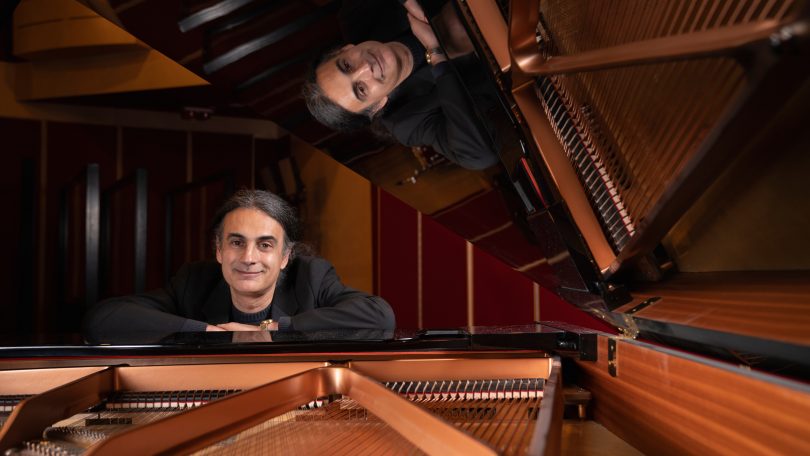 Associate Professor Kim Cunio, head of the ANU School of Music, is spearheading the new initiative for these not-so-new lockdown times. Photo: Supplied.

Often, in the most difficult of times, it’s through song that community connections can be forged and the ANU School of Music is not letting lockdown get in the way of that with a new virtual choir on the way.

Spearheaded by the School of Music, head of the school Associate Professor Kim Cunio said it’s a chance for students and the community to “sort of” come together in these strangest of times.

The virtual choir will prepare two works throughout the rest of this year, starting with Mozart’s Ave Verum Corpus for “serious singers” as well as another original piece open to all, with submissions already open for the first piece.

To participate, you simply send through recordings of yourself singing, before they will be blended together.

Kim explained that the virtual choir is a culmination of work that began in last year’s original lockdown. 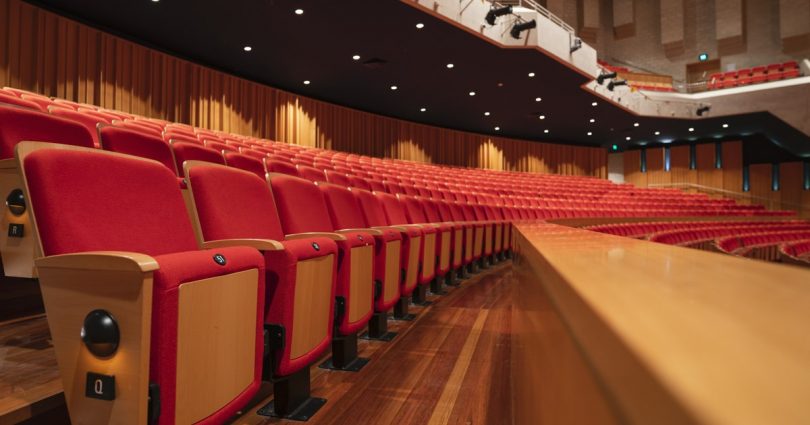 If possible, the sound of Llewellyn Hall will also be included in the final track. Photo: Supplied.

As part of this, they had invited a few community members to be involved as well – an initiative that had such a good reception Kim wanted to incorporate the community even more.

After all, as Kim says, a lot of people in Canberra sing in choirs and it’s something that helps them with their mental health and general wellbeing.

“Studies show that people’s sense of wellbeing can be marked over time by being together with other people and singing.

“There’s something about singing together in a large group of people that we get that sense of purpose and cohesion from playing your part,” he continued.

Choirs, Kim says, also allow for differences such as age, class, gender and ethnicity to be surpassed.

“It’s a way to be part of something greater than yourself.”

READ ALSO Why modern technology is such a turn-off

The Mozart piece is intended to be sung by those who already have some singing experience. Up to 50 people will work with the ANU chamber choir directed by Tobias Cole, to record it from home.

“We have found that performers need to perform and we know that part of the role of ANU is not just to do the research that is needed to overcome this pandemic, but also to bring us together,” Kim said.

Kim described Ave Verum Corpus as a piece that is truly perfection – but one that is not that hard, and says he hopes it will be uplifting for people.

“I can still remember the feeling of goosebumps from the first time that I performed this song when I was a student at university.

“This is a perfect piece as an antidote to the anxiety we all feel in daily life right now,” he continued.

READ ALSO When it comes to dogs, you humans are barking up the wrong tree

The second work, “May Your Passing Not Be In Vain”, will be specially made by the ANU School of Music but will be suitable for wider participation.

The words for the song are simple and he says anybody will be able to sing it. As for the music, it’s hoped some of his students will compose it.

“It is important that we don’t pretend that things are all positive and only do the things that make us cope in the short term.

“This is more of a lament for those who have died,” he explained.

Once the tracks have been blended, singers will be able to hear their voices along with other voices, although they were alone.

Kim explained that much testing has been underway to ensure people only need a phone or laptop-quality microphone to participate.

Pitch-shifting software can also be “discreetly employed” if needed.

If all goes to plan, he’s also hoping to include the sounds of Llewylln Hall’s reverberance in the final track – all through the magic of technology.

Guide tracks and instructions for participating are available from the ANU School of Music. 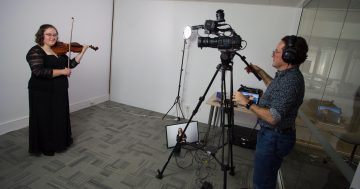 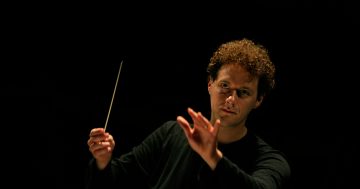 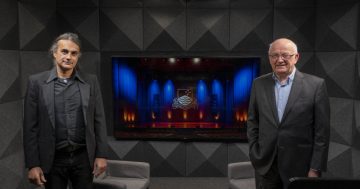