Unpack the jumpers, winter isn't done with us yet

Winter is not done yet, with a blustery cold front set to leave a coating of snow over the Brindabella ranges when we wake up on Tuesday morning.

The Bureau of Meteorology says Canberra can expect two to five centimetres of snow above 1000 metres overnight on Monday and early Tuesday.

“People will wake up to snow on the Brindabellas, but conditions will remain very warm across the north of NSW until the trough arrives early Tuesday,” a BOM spokesperson said.

The forecast for snow will also bring some much-needed rain to Canberra, with the bureau predicting between 10 and 25 millimetres will definitely fall late on Monday. The forecast for rain will ease on Tuesday with only a 50 per cent chance of up to 3 mm of rain.

Moderate falls are possible, although northern and western NSW are unlikely to see more than a shower or two.

The cold front will first show its face with north to northwesterly winds between 25 and 35 km/h. Once the front comes through, winds will swing around to the south later in the day.

Overnight temperatures will drop to between minus 1 and 3 above zero, with daytime temperatures reaching between 6 and 12.

While the focus of many people is on bushfires raging in parts of northern NSW and throughout Queensland, the cold change is unlikely to bring much respite to their efforts.

A fire weather warning was issued today for an elevated fire danger across the northeast of NSW. The NSW Hunter region will experience very warm, windy and dry conditions ahead of a cold front crossing southern and eastern NSW.

Locally, the threat of fires remains in place, with a number of minor fires keeping emergency services active today and over the weekend.

For farmers in the area, a sheep graziers alert has also been issued due to the cold conditions.

On the coast, strong winds will buffet the south coast between Batemans Bay and Eden.

The forecast for the rest of the week is for the cold front to weaken on Wednesday and Thursday. Temperatures will rise to the mid-20s as a high-pressure system becomes dominant over the Tasman Sea.

Colder weather and possible rain will return again on the weekend as another cold front looks set to arrive on Friday or Saturday. 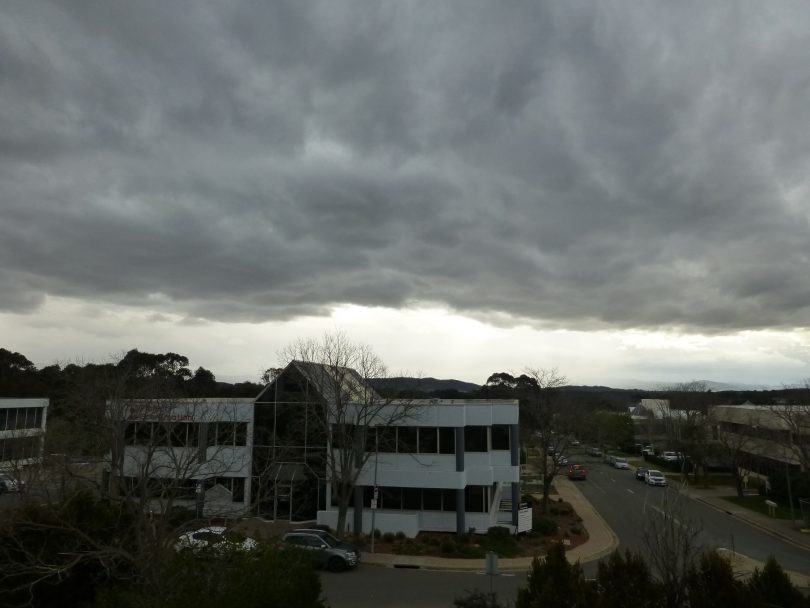 A cloud front approaches Canberra, with prospects of the first decent rain in some time. Photo: Michael Weaver.

Share this article
All Comments
Latest
John Hynes6:48 am 18 Sep 19

Hoo not snow on ya Brindabellas! 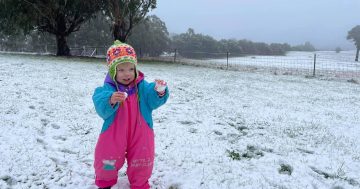