So just who is driving the bus now? 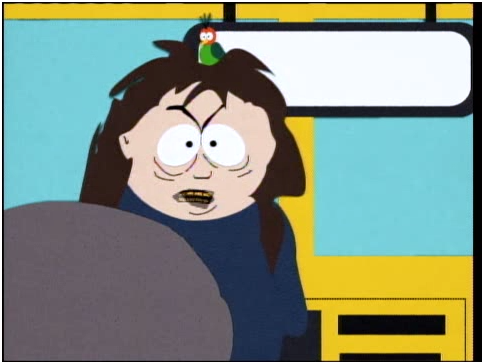 By Michelle Grattan, University of Canberra

Kevin Rudd’s reshuffle has an air of unreality. The new ministry comes so close to the election that it is an interim government, able to promise much but with limited capacity to deliver, before the voters make their judgement about its future.

It is, first and foremost, a campaigning team – which has the advantage of incumbency.

Labor is so shell-shocked, as well as buoyed by the prospect that Rudd offers for lifting its vote, that the extraordinary becomes ordinary.

When a couple of ministers announced their retirement a few months ago, it caused damaging shock waves. Last week’s exit from the ministry of half a dozen ministers, in the wake of Julia Gillard’s overthrow, became a sub-head in the tale of Rudd’s restoration.

When Greg Combet, with Bill Shorten one of the union twins (though they weren’t mates) to hit Canberra in 2007, announced at the weekend he would be leaving parliament, it was just another aftershock.

Combet and Shorten were always in undeclared competition. Shorten, who publicly transferred his loyalty to Rudd immediately before the ballot last week, has emerged not just the winner from this long term contest but the survivor.

Then today came Simon Crean’s announcement. Last week Crean ran unsuccessfully to be deputy prime minister, a position he had indicated in March he wanted. Now he remembers he’s 64 and says it’s time to go from parliament.

In an atmosphere when the abnormal has become the norm, Rudd has made some sensible choices in his reshuffle as well as others that are predictable rewards to spear carriers.

Making Shorten Education minister is a good decision. He is a skilled negotiator and can be a conciliator.

Nevertheless, “landing” any of the remaining conservative states on the Gonski education school funding (presumably Tasmania will soon be got into the bag) will be a big test for both Rudd and Shorten. Talks are expected with Tasmania and Victoria this week; the office of Queensland’s Campbell Newman was called last Friday but he is on holiday in Vietnam.

Mark Butler has been a good performer in Mental Health and Ageing but taking over Climate Change – a year to the day after the carbon tax started and on the day when it increased – puts him in a much more difficult league, where his style will have to be less consensus and more confrontational.

Also, Butler finds himself in the awkward situation of not knowing much about the area just when Rudd wants to make an important change by bringing forward the floating of the price.

If that change was decided it could only be an election promise unless the election was late and the hung parliament, with all its hazards, was recalled.

Treasurer Chris Bowen (appointed last week) should be able to push the government’s economic message with force and competence. His coming book, a quickie from the backbench, is awaited with interest but is said to accentuate the positive about Australia’s and Labor’s future.

Giving Broadband and Communications to Deputy Prime Minister Anthony Albanese puts a challenging area into safe hands, even if it’s a heavy load with his Infrastructure and Transport responsibilities.

There are the richest ironies in Tony Burke being given the portfolio no one wants – Immigration.

Burke was a Gillard man who helped lay a trap to lure Rudd into his premature challenge in February last year. Now Rudd has laid on him the task of overseeing the hardening of asylum seeker policy, an unpleasant job that probably won’t show significant outcomes before the election.

One grinner must be Brendan O’Connor. He took Immigration to help his friend Gillard out. Now he has emerged with Employment, Skills and Training and stays in cabinet. No wonder Rudd said O’Connor was “delighted”.

Richard Marles, who resigned his parliamentary secretary position in March after openly backing Rudd, has leapt up the ladder on return – he enters cabinet as Trade Minister.

Rudd has tried to counter criticism of removing the first female PM by appointing three new women cabinet ministers. Jacinta Collins (who was elected deputy Senate leader last week), Julie Collins and Catherine King have got lucky breaks, but the gesture is unlikely to pacify those female voters who have been outraged by what’s happened.

Home Affairs minister Jason Clare keeps his portfolio but is pushed out of cabinet – he appears to have fallen victim to gender politics, with the need to promote the women.

Like Rudd, Kim Carr has reclaimed his old job. He’s Minister for Innovation, Industry, Science and Research. Also like his boss Carr is passionate about Australia “making things”.

Carr has also taken on Higher Education; he should relate well to the universities – last time round he has respect from the science and research community.

With the tertiary sector still smarting from the deep cuts the government made to part-finance Gonski, Carr told The Conversation he wanted to talk to the universities about priorities.

“If we can find better ways of spending the allocated money I’m delighted to look at that – whether there are more effective ways of administering the teaching and research programs”. He’s particularly anxious to improve performance in the areas of teacher education and engineering. But he stresses that the budget is tight, so it’s a matter of “refocusing effort”.

He also says: “We need to look at the quality of undergraduate performance, including the prerequisites for university entry to courses and [students’] academic progress.”

One returnee to cabinet with something to prove is Joel Fitzgibbon, who is Agriculture minister. A former defence minister, Fitzgibbon had to quit Rudd’s cabinet because of impropriety. He expected a comeback under Gillard but landed only the job of chief government whip – from which he waged an unrelenting campaign for Rudd until he had to resign after the March leadership fiasco.

Doug Cameron didn’t know Rudd very well at the time of the 2010 coup but thought that was bad and has supported him since – the outspoken left convenor has been made parliamentary secretary for housing and homelessness.

Ed Husic, from western Sydney has also been a loyalist; today he became the first federal minister ever to take the oath on the Koran.

Rudd said there would be no retribution against the Gillard people, and mostly there wasn’t (Kate Lundy lost Sport but remains in the ministry). With so many exits there didn’t have to be.

But perhaps the unluckiest person has been bright young economist Andrew Leigh, from the ACT. Promoted by Gillard to parliamentary secretary in the March changes, he has been dropped to the backbench by Rudd.

On Leigh’s version he was willing to stay but offered his resignation if Rudd wanted extra room. Rudd did. The public announcement came while Leigh was appearing on Sky TV.

Michelle Grattan does not work for, consult to, own shares in or receive funding from any company or organisation that would benefit from this article, and has no relevant affiliations.

3 Responses to So just who is driving the bus now?
Filter
Showing only Website comments

By Michelle Grattan, the woman who was sacked by Kerry Stokes as editor of The Canberra Times for making the paper even more boring and inaccurate than usual.

I don’t come to RiotAct for well written summaries of the current political climate.

does anyone have any figures as to which of this ministry may yet be in doubt to hold their seats if the polls don’t actually lift very much at the time of the only poll that matters?

Pip Cleary - 13 hours ago
We drove down on the weekend and had mobile reception (Telstra) nearly the whole way down. I presumed it was because of the l... View
Ricky Toms - 13 hours ago
Hopefully Vodafone View
Ann Parker - 17 hours ago
A lookout would also be lovely View
News 6

@The_RiotACT @The_RiotACT
The word Eternity is iconic in Sydney, becoming part of Australian folklore when it was beamed to the world in lights emblazoned on the Harbour Bridge during the Olympics in 2000 https://t.co/60k5qLaEKb (39 minutes ago)