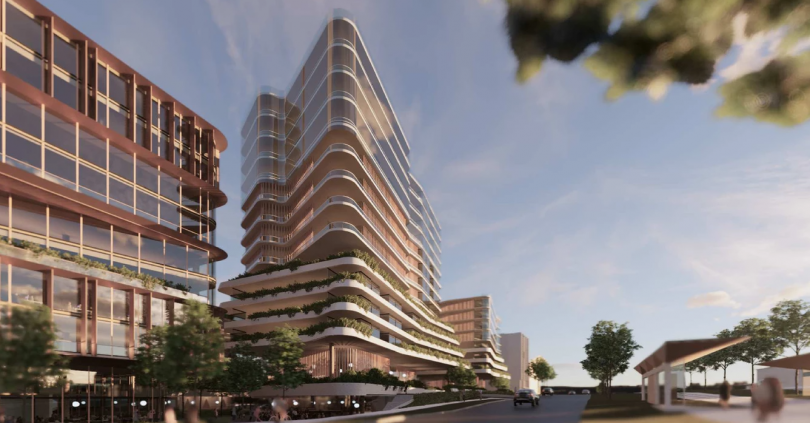 An artist’s impression of the Northbourne Avenue buildings opposite the light rail stop. Images: Stewart Architecture.

Art Group is planning to transform a key Northbourne corridor corner into an urban village comprising striking residential and office buildings, a retail marketplace, community spaces and restaurants and cafes.

The developer behind the massive Soho project across the road, Art Group now wants to remake the corner of Northbourne and Macarthur Avenues in Lyneham opposite the ABC studios and the former site of the Macarthur House government offices.

The Suburban Land Agency pitched the site, opposite a light rail stop, as an opportunity to build a landmark development within minutes of the CBD and Dickson dining precincts and with easy access to Canberra’s major universities.

Up to 424 dwellings and a range of commercial and community uses are permitted, including a requirement for 50 affordable dwellings. Developers can build to 48 metres high on the site after changes to the City and Gateway Urban Design Framework in 2019.

The site fronts three roads – Northbourne, Macarthur and Wattle Street – and four buildings form a perimeter around a community plaza at the centre, according to the project website set up for community consultation ahead of a development application being lodged.

The Stewart Architecture plans show three residential apartment buildings of varying size and what appears to be a 10-storey office block on the corner between Northbourne and Macarthur, which Art Group says will be a cutting-edge sustainable construction using cross laminated timber (CLT) which has superior weight-to-strength performance than steel or concrete. 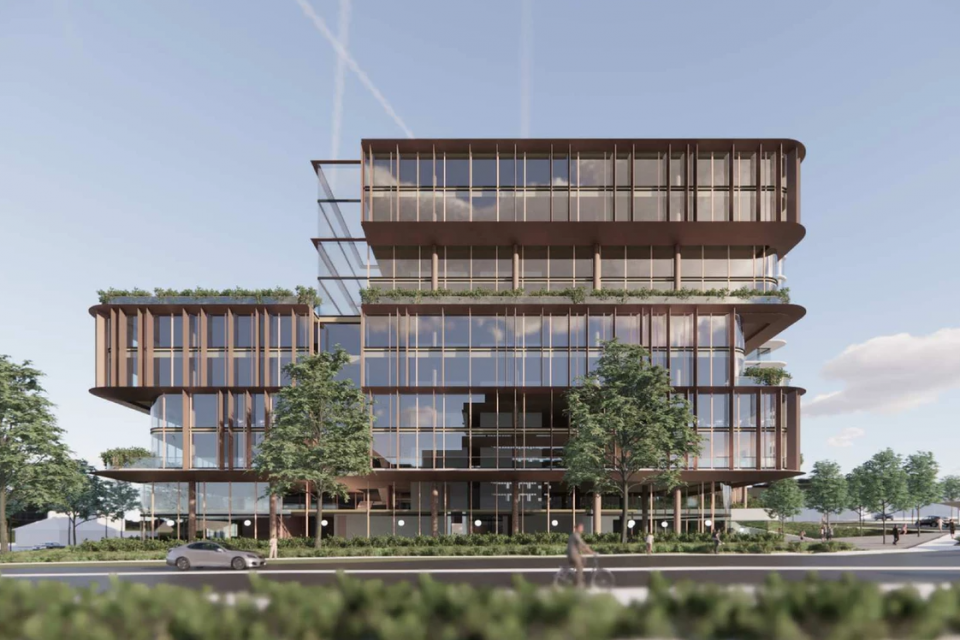 The office block on Macarthur Avenue. 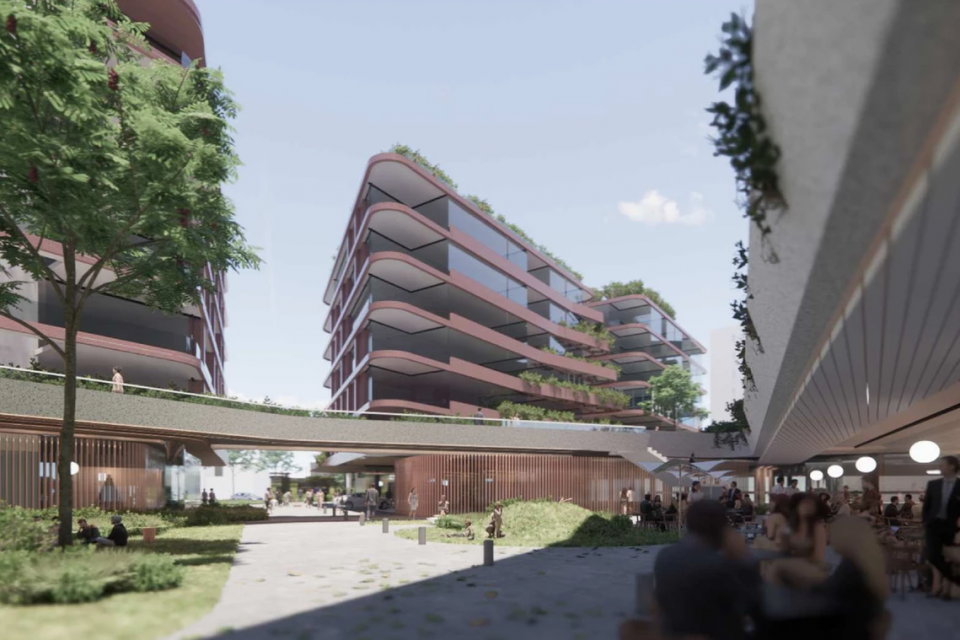 A view of the central plaza. 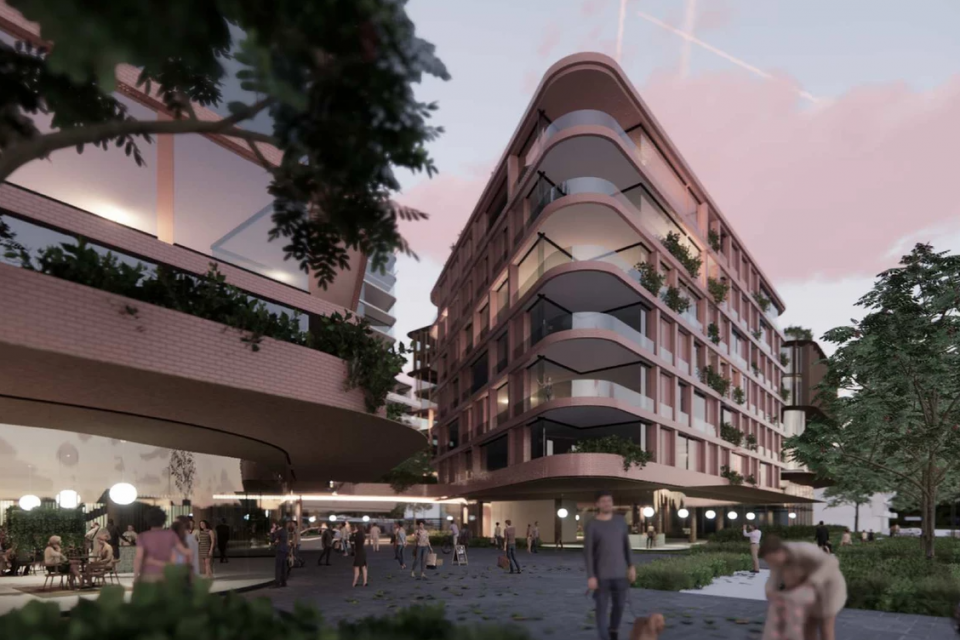 The view from Wattle Street. 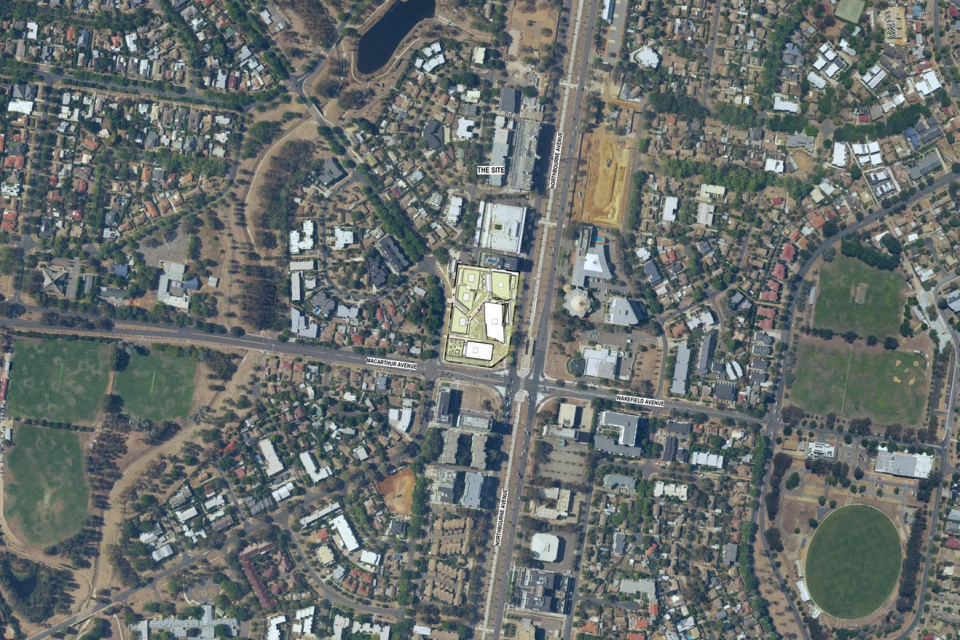 Where the site sits in the inner north. 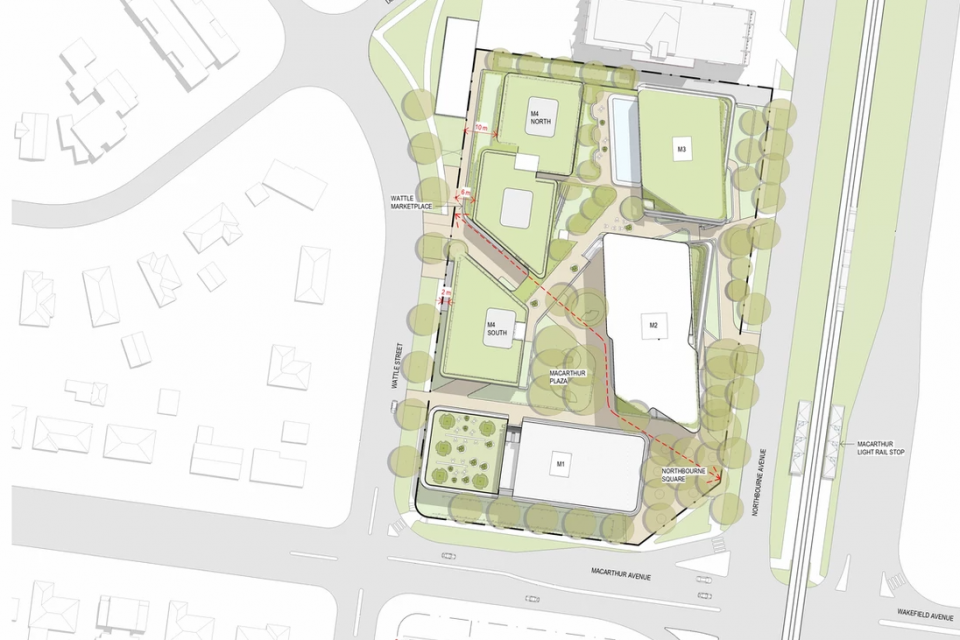 Two buildings at the ANU use CLT – Fenner Hall Student Accommodation and Union Court – and one at Canberra Girls Grammar School in Deakin.

The plans show 14 and eight-storey distinctive concrete apartment buildings on Northbourne, and another two-part seven-storey apartment building on Wattle Street, domestic in feel, with brickwork walls and earthy colouring, according to the website.

The lower ground level contains retail including a supermarket, hospitality, community and lobby areas, while an upper ground level has amenity for residents including a pool and gym, workspace/business centre, lounges and adaptable units.

Art Group says landscaping and gardens will be a priority across the precinct including roof gardens, and is promising extensive tree cover across the site.

The landscaping plan shows green spaces on the lower and upper ground levels and includes an urban forest.

Pedestrian paths criss-cross the site and walkways connect the Wattle Street apartments to the residential amenity areas and down to the restaurants, shops and supermarket.

Vehicle access is from Wattle Street with a laneway circuit on the site and two down ramps to the two levels of basement parking and an exit ramp back to Wattle Street.

Community consultation is open until the end of the month and a drop-in session will be held on 31 March at Pavilion on Northbourne in Dickson from 5:30 pm – 7 pm.

Looking forward to this being built – a supermarket will be great.

I absolutely LOVE this! The development looks stunning and the amenities are much needed and welcomed in the area. Can’t wait!

Mark Craswell I was going to say…..lotsa hoops to jump through

I thought it would be nice to leave the corner as parkland, all the other buildings on the intersection are set back from corner

But no one would make any money out of that arrangement

the corner is greenery

I am sure others will love it, but I think it is simply ugly. Oh well I do not have to live there, work there or go there. I hope those who do have to be there, enjoy it. 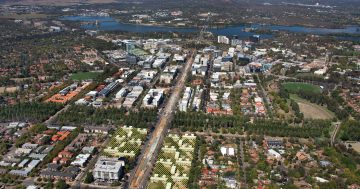 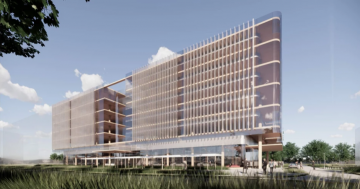