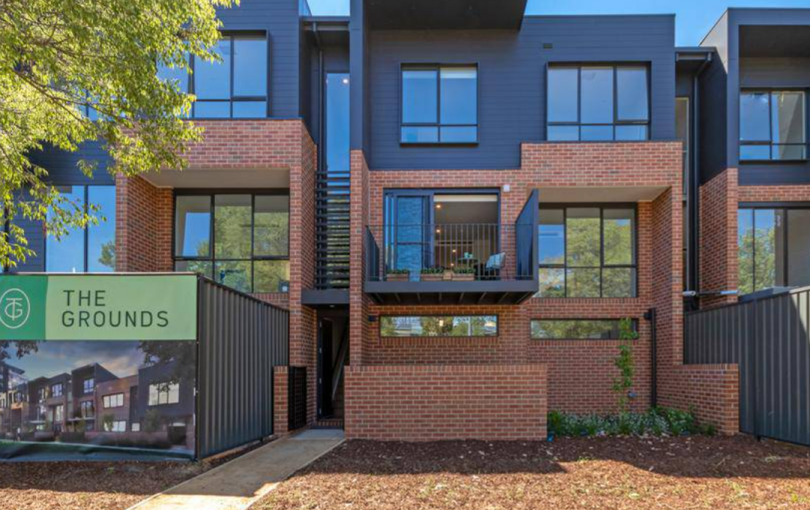 The Grounds in Braddon is one of many apartment complexes experiencing high demand from renters. Photo: Independent.

Canberra’s strong economy and success withstanding the impacts of the COVID-19 pandemic are generating heavy demand for rental properties, with rents continuing to rise in 2020 to be the most expensive in the country alongside shrinking vacancies.

The latest data from SQM Research shows Canberra having a vacancy rate of 1.1 per cent in December, down from 1.7 per cent for the same time in 2019.

In December 2019 there were 1112 vacancies, but a year later there were only 753, although it was an improvement from November’s figure of 601 and a vacancy rate of 0.9 per cent.

Always in-demand houses were up 1.4 per cent on November, while units slipped 0.7 per cent, but over the year rents for houses rose 3.6 per cent and units 2.1 per cent.

Nationally, the vacancy rate in December barely moved, up 0.1 per cent, and while rents fell in Sydney and Melbourne, they rose in the other capitals, apart from Hobart where unit rents fell.

Over the year, Perth and Darwin were the big movers in rent rises, while house rents in Hobart fell more than 5 per cent.

General Manager at Independent Property Management Grace Hooper said the market was extremely tight with a surprising number of interstate inquiries, given how COVID-19 had disrupted economic activity in 2020.

She said there had been huge numbers through open homes and exhibitions.

”The first showing of the Grounds in Braddon had over 50 groups through,” she said. 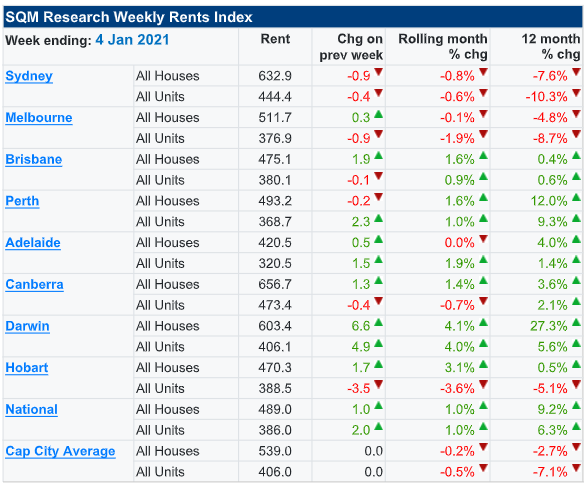 Ms Hooper said that during the first week back from the Christmas break more than half of all the 1,299 inquiries were from people who weren’t based in Canberra.

”We are still seeing people relocating, which is a little bit surprising,” she said.

The average rent across all 3,500 properties listed with Independent was $464.19 last month, with an extremely low vacancy rate of 0.51 per cent.

Ms Hooper said Independent leased 130 properties in December, up from 122 in the same month the year before.

She expected demand to stay strong and the market tight.

”What we’ve seen in the past couple of years is that the market has gone from strength to strength, and that will only continue,” Ms Hooper said.

READ ALSO Verity Lane was a world of books, ideas and past intrigue

There was a steady pipeline of units such as The Grounds, Atria in Kingston and Shoreline Villas in Greenway but they were being snapped up.

“The time taken to lease them has been a lot shorter than usual, Ms Hooper said.

”Atria had only two left and they went less than a month ago. That’s a whole development of rentals gone.

”We do have a steady pipeline but I don’t think it will change the market too much because they are just leasing extremely quickly.

”They just provide a bit of temporary relief for a suburb then they’ll lease.”

The annual influx of students is still to impact the market, but there will also be far fewer international students seeking accommodation due to COVID-19 travel restrictions.