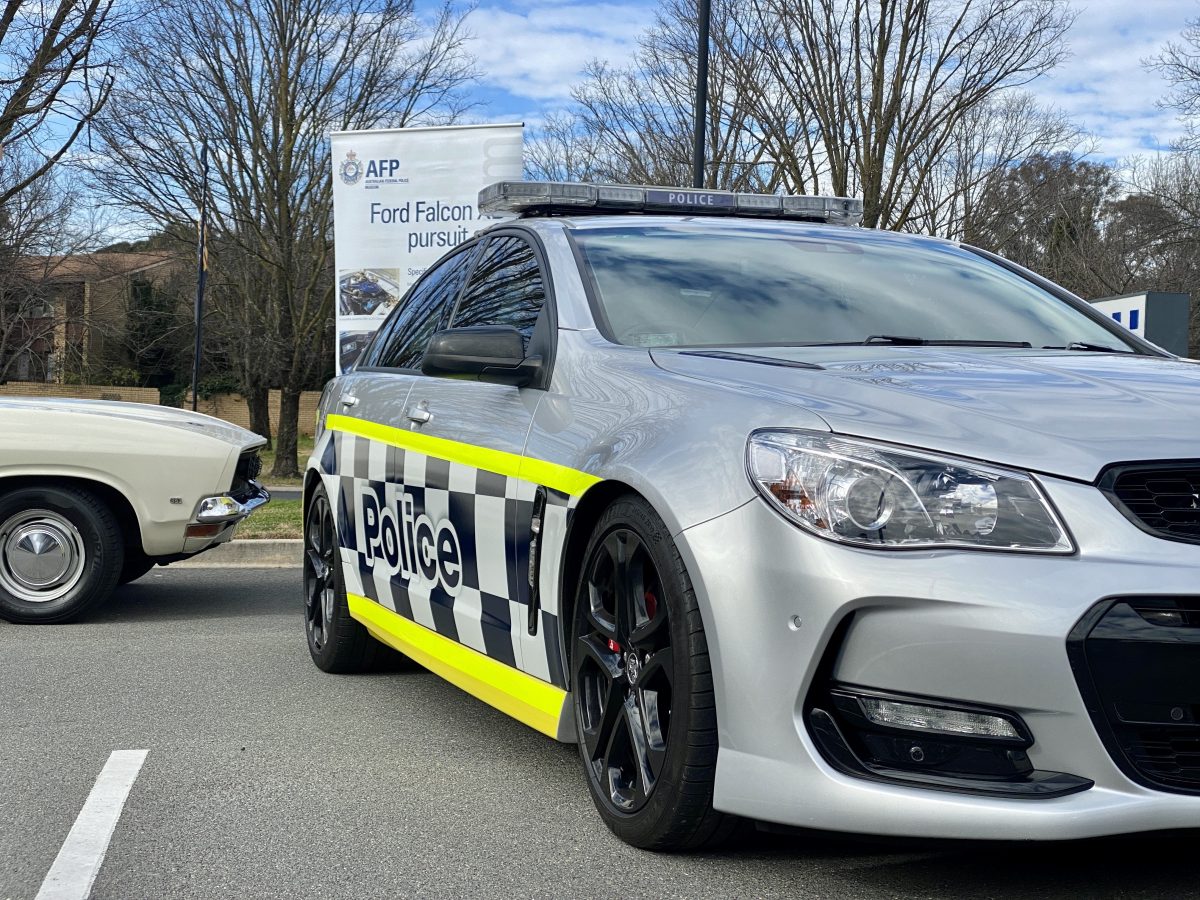 It’s become nearly as iconic a police car as the Ford Crown Victoria is to the US and the Lamborghini Gallardo to Italy, but now one of the last Australian-made Holden Commodore police vehicles is retiring.

After four years of faithful service with the Australian Federal Police (AFP), the silver 2018 SS-V Redline will be preserved for generations to come at the new AFP Museum in Acton.

For 44 years, Australian-made Holden Commodores have been used by police officers in the ACT. Chief Police Officer Neil Gaughan spent his first policing roles behind the wheel of many and said the car held a special place in the heart of Australians and Australian police officers.

“It was an iconic Australian purpose-built vehicle that was made for our conditions,” he said.

“It was a vehicle that could handle the harsh driving conditions of the country, from the straight highways of the Nullarbor to the windy roads of the Snowy Mountains, it was a vehicle built to handle Australia’s unique climate and road system.”

The Holden Commodore VF Series-II SS-V Redline launched in 2017 for $57,190, equipped with a 6.2-litre naturally-aspirated V8. There’s no competing with that noise.

With Holden dead and collectors keen to get their hands on the last models, used prices have shot up to between $59,400 and $64,800, according to Australian car valuation website Redbook. Average kilometres range from 80,000 to 130,000.

“This one has just over 100,000 km on the clock, and the engine has been replaced so it will easily last for another 25 years plus,” Chief Police Officer Gaughan said.

Police-specific additions include a speed radar system on the dashboard, a radio, and a gun holder on the floor in the back seats.

“It’s been a traffic vehicle in high-speed pursuits, serious traffic accidents, and serious crime, brought many people into custody, and kept the streets safe.”

Senior Constable Greg Harlovich was the primary driver of the Commodore and said he was lucky to have been allocated such a great Australian-made vehicle.

“I was genuinely sad to have to hand this car back, but I am pleased to know it will be around for others to view long after I finish my career,” Senior Constable Harlovich said. 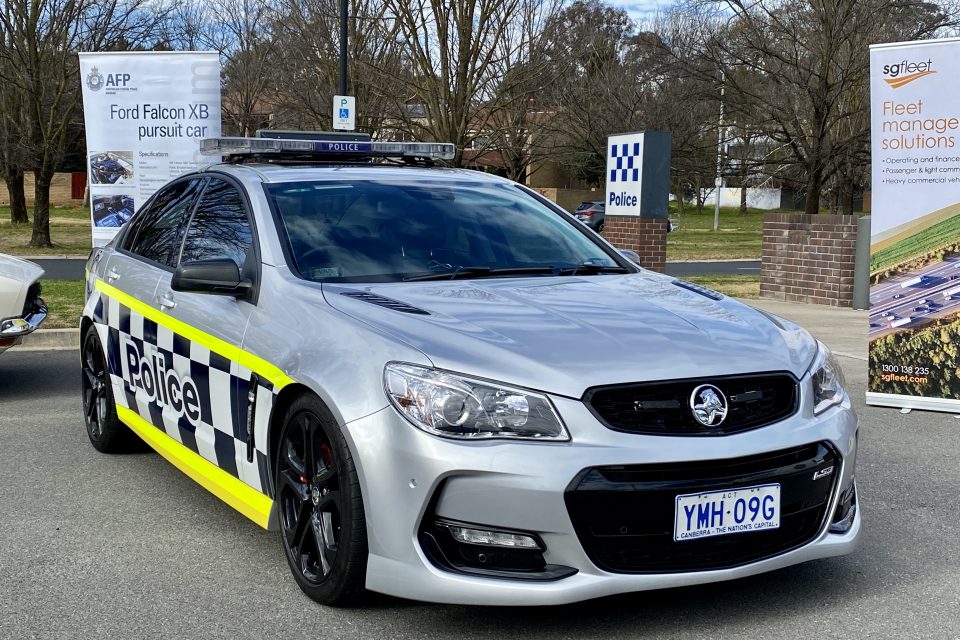 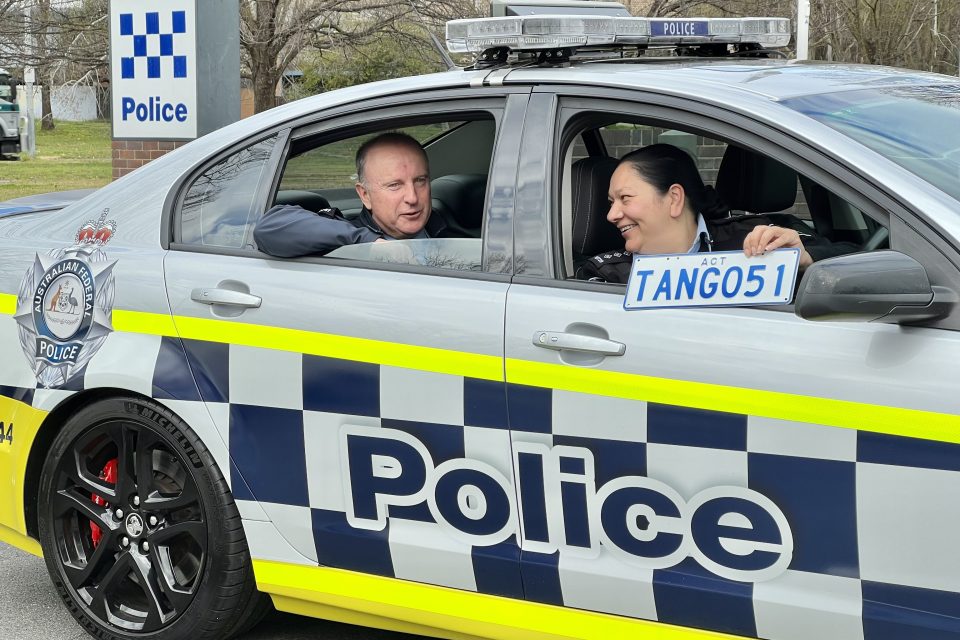 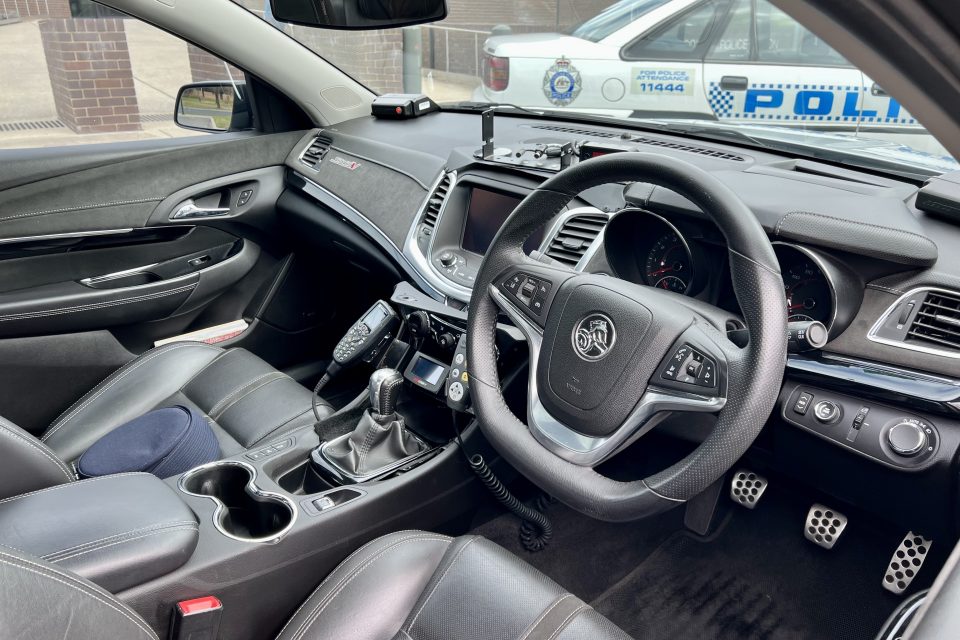 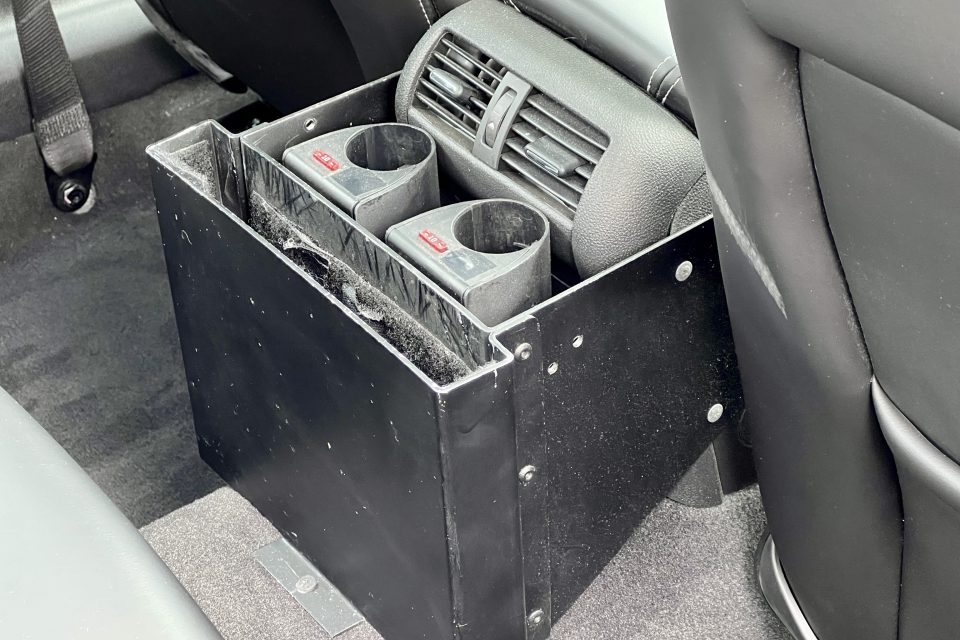 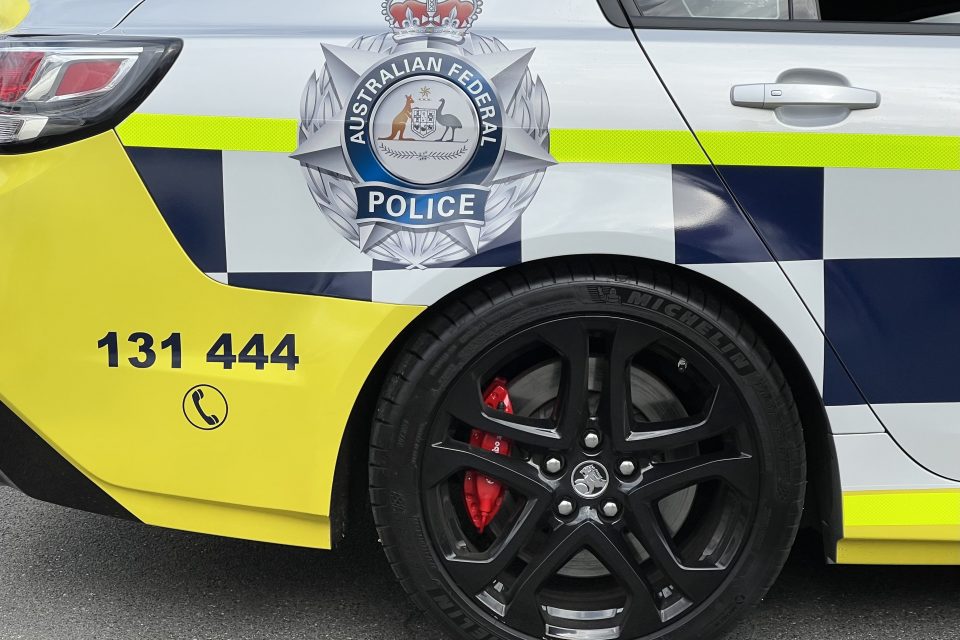 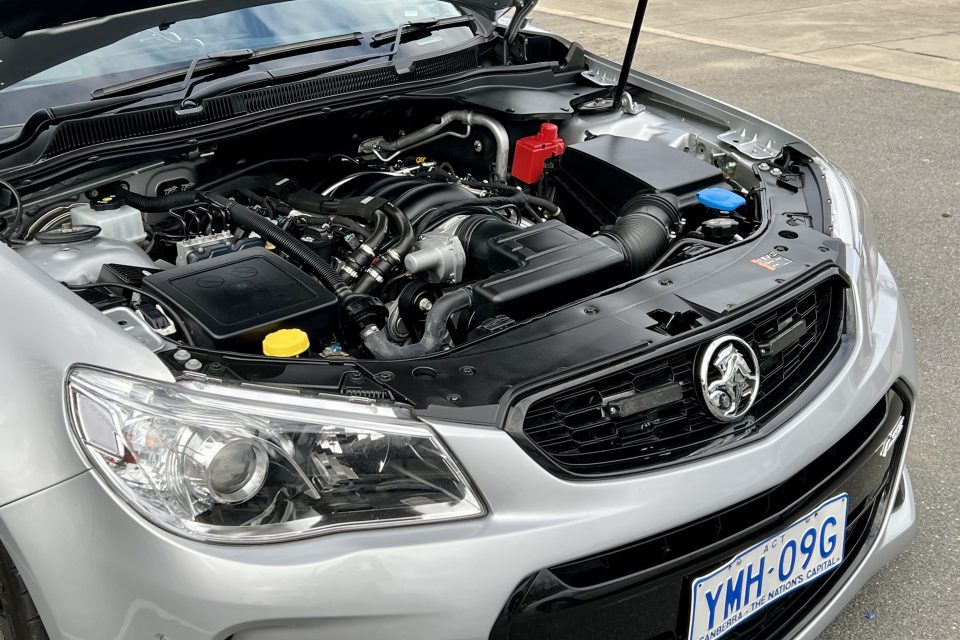 These vehicles are leased by AFP through SG Fleet, who donated the last Commodore to the AFP Museum as it reached the end of the lease arrangement last month.

Andy Brown remembers a time before Holdens were associated with policing.

Andy retired from the AFP in 2017 but when he started with ACT Policing the weapon of choice was a Ford XD Falcon.

“When I graduated from police college as a 19-year-old, it was the best thing ever,” he said.

“It had a single blue light on the roof, and a single rocker switch and a radio inside. In those days, the police also paid the car manufacturer extra to remove the radio so the drivers wouldn’t get distracted by music.”

Today, he said almost all officers hold a qualification for urgent duty driving – or “driving fast to get somewhere” – but pursuit requires additional training. 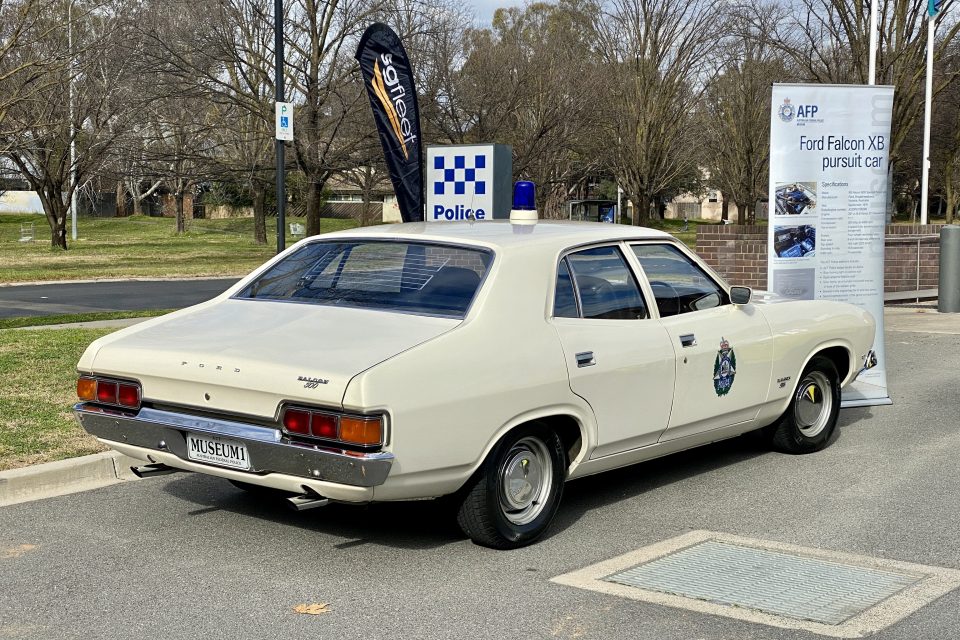 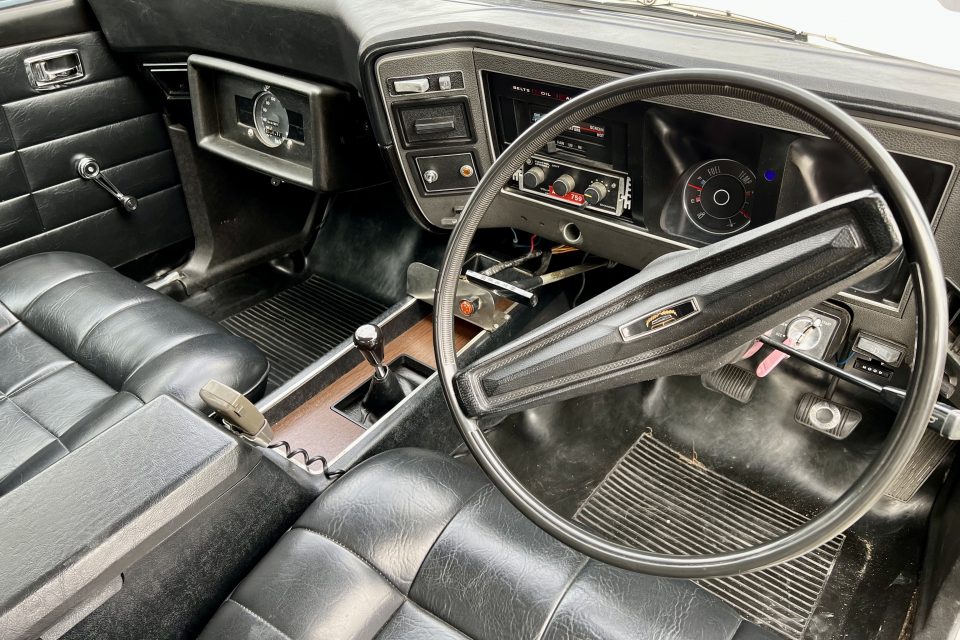 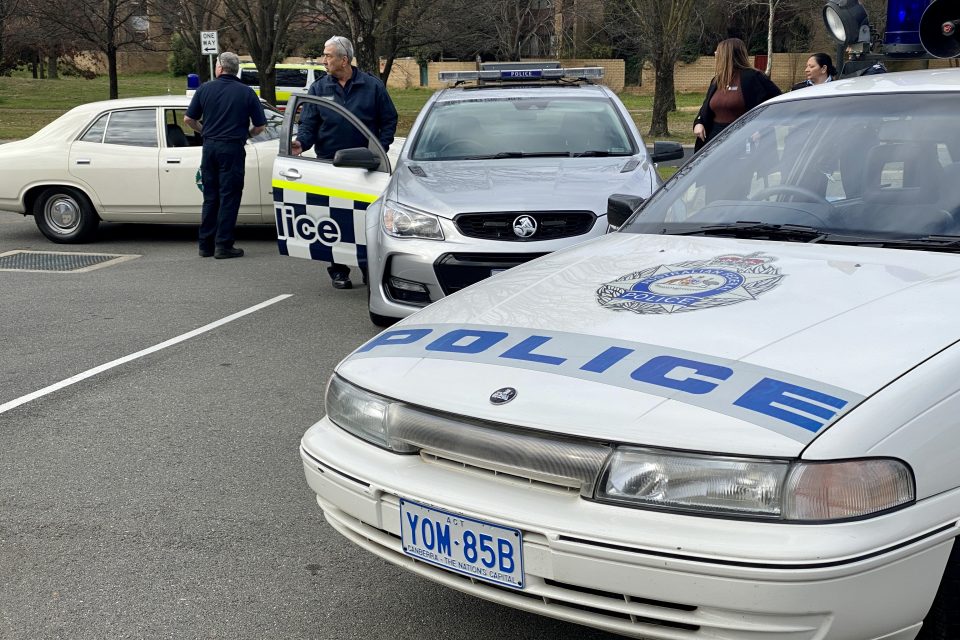 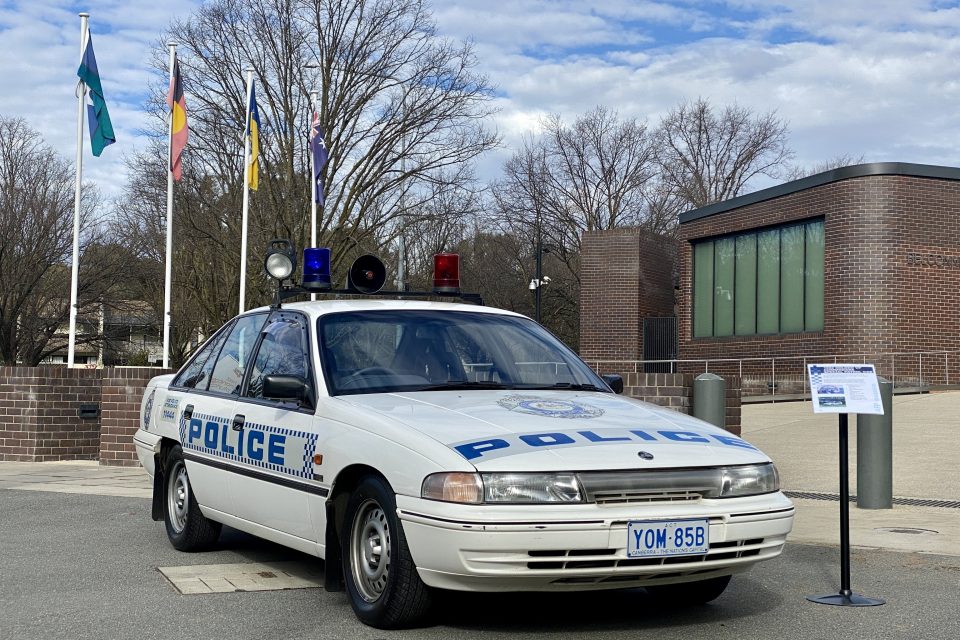 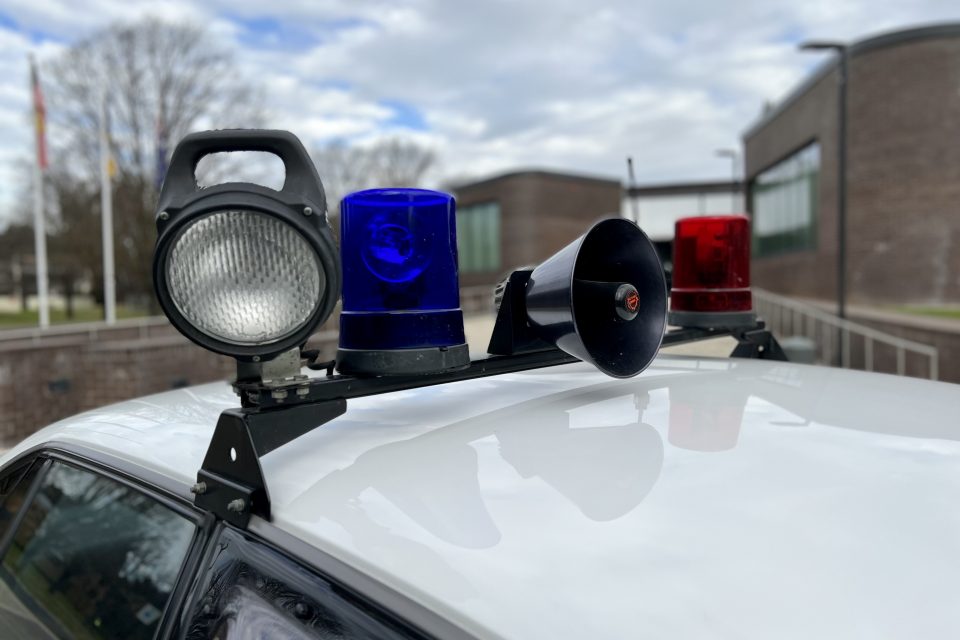 “This is where you’re deliberately trying to apprehend a vehicle or person, and that’s a different level of expertise.”

Then there is also personal protection driving, used in escort situations where evasive action might need to be taken to save lives.

No matter the situation, it is monitored from headquarters by 24/7 pursuit control. As soon as a driver declares a pursuit, they must pass on information about speed and traffic, lighting and weather conditions to the controller.

“The controller then has the authority to terminate the pursuit, and the driver has to pull over, turn the car off and say that the pursuit has been terminated,” Mr Brown said.

“In pursuit driving, not only are you thinking about the drive, but also the event you’re driving to. It’s an exhausting experience. It’s an incredible power and privilege but it’s not used wantonly.”

As a long-time car lover, ACT Minister for Police and Emergency Services Mick Gentlemen welcomed the Commodore to its new home at the AFP Museum. 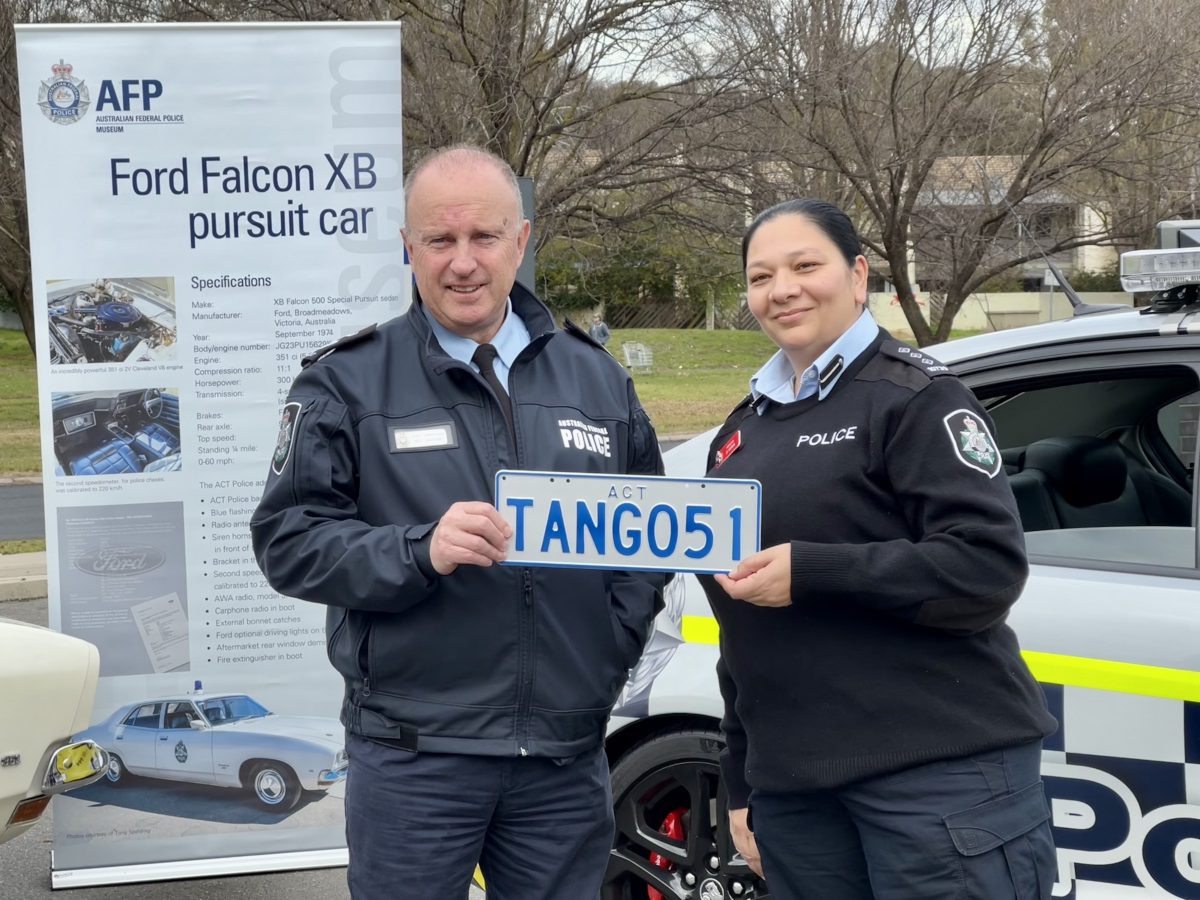 The Tango-51 call sign will also be retired out of respect for the car and its long-time driver. Pictured with the plate are ACT Policing Chief Police Officer Neil Gaughan and Superintendent Jo Brown. Photo: James Coleman.

“The Holden Commodore was a vehicle built for Australians, by Australians and has served our police force well for many decades, so it’s great that the last Commodore will stay in the ACT for years to come.”

ACT Policing will also permanently retire the Tango-51 call sign allocated to the vehicle as a mark of respect for the last vehicle of its type, and its long-time driver.

The car and number plate will go on display at the newly announced Museum of Australian Policing in Acton when it opens, possibly next year.

Lets not forget that GMH was given $250M cash by the Rudd Gov for “R & D”.
Due to a sloppy funding agreement that money was transferred back to the USA when Holden closed down.

Have they got any for sale 😬

Upgraded to BMWs; I doubt the police are complaining.

Not all would fit in them though.

I can remember a heap of HZ Holdens and a few XC Falcons which seemed to get replaced with XD and XE Falcons but really don’t remember many if any VB/VC/VH.

Sad that the Last real Holden is now retired.

We must pass on our thanks to the conservative coalition for killing the auto industry in Australia. Such vehicles as this police car are world class vehicles but the likes of Hockey only saw profit and loss and not the lives and livelyhoods of 100s of thousands of people. Sadly, our loss.

hahaha. Are sure a fuel guzzling v8 was going to survive in an industry which is moving towards electric. It would be blasphemy to think we’d ever see an electric ford/commondore being made in this country

Warren Curry What about the Australian car buying public, who were moving away from family sedans, or the manufactures who continued to make the cars the masses didn’t want, or head companies in Detroit, which continued to slash the funding to the Aussie outposts?

Charles Godworth The decision was made nearly 8 years ago and did not focus on one type of vehicle I was talking about the industry, that was my point but thanks for reflecting a narrow viewpoint.

Sam Warry Reads like points from Joe’s speech. Again it was the industry looking for support from the Australian government to help Australian workers. Sorry I just have a social conscience.

You’re welcome anytime. Happy to help you out in understanding

The car industry in Australia was terminally ill 30 years ago. The coalition kept it on life support with massive taxpayer subsidies for many years. Industry workers were paid at least 4 times as much as workers in the industry in other countries.

Capital Retro is right.
Warren Curry, in what respect were those vehicles “world class”, other than the extent to which they were derivative?
Employment is not a sufficient reason for tariff protection, and for a social conscience, think beyond the short term..

@Warren – you are so wrong on this, that I’m on the same side as Capital Retro.

That query mark at the end of my last post was a smiley when I posted it. Note to self: allow better for lack of options.

@CapitalRetro
Please sit down, CR as I would hate for you to fall over!

Your observation about the Australian car industry being on life support is both thoughtful and 100% correct. It is the issue facing any part of the manufacturing (in the latter years of the vehicle industry – assembly) sector in Australia … the cost of Labor.

It’s very much a cleft stick – on one hand people should be rewarded for the labour, on the other hand businesses will always seek to reduce production costs and unfortunately, some will go offshore to seek cheaper labour costs.

Just to keep you on your high remember it was Labor’s John Button (“The Button Plan” for the auto industry) that insisted that Australian manufactured motor vehicles were to be only 6 cylinder ones against the emerging global choice for 4 cylinder vehicles. 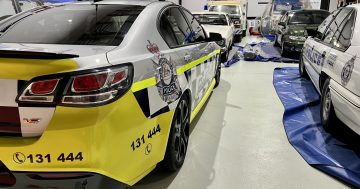 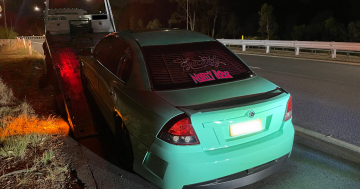