Experts in buying, selling & renting
Your property, your future
14 October 2019 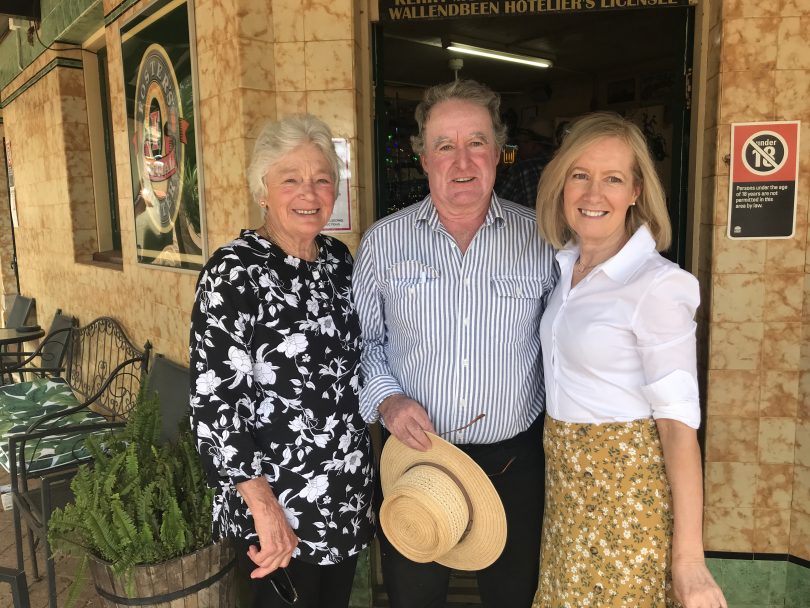 It’s no secret that these are tough times in rural Australia as the prolonged drought bites deep and hard.

But on Sunday, locals in the tiny village of Wallendbeen (population 300) on the South West Slopes celebrated 125 years by gathering their community for the kind of big, inclusive family party only the bush can throw.

Long tables dressed with gum leaves and photos from the past stretched out beneath the venerable elm trees in front of the Wallendbeen Hotel. Harden local Charlie Butt’s rapid-fire auctioneering, straight out of the saleyards, quickly disposed of everything from dressed lambs and firewood to 100 metres of donated fencing labour.

There was music, much laughter and for local farmers, a brief respite from the brutal realities of the summer ahead. 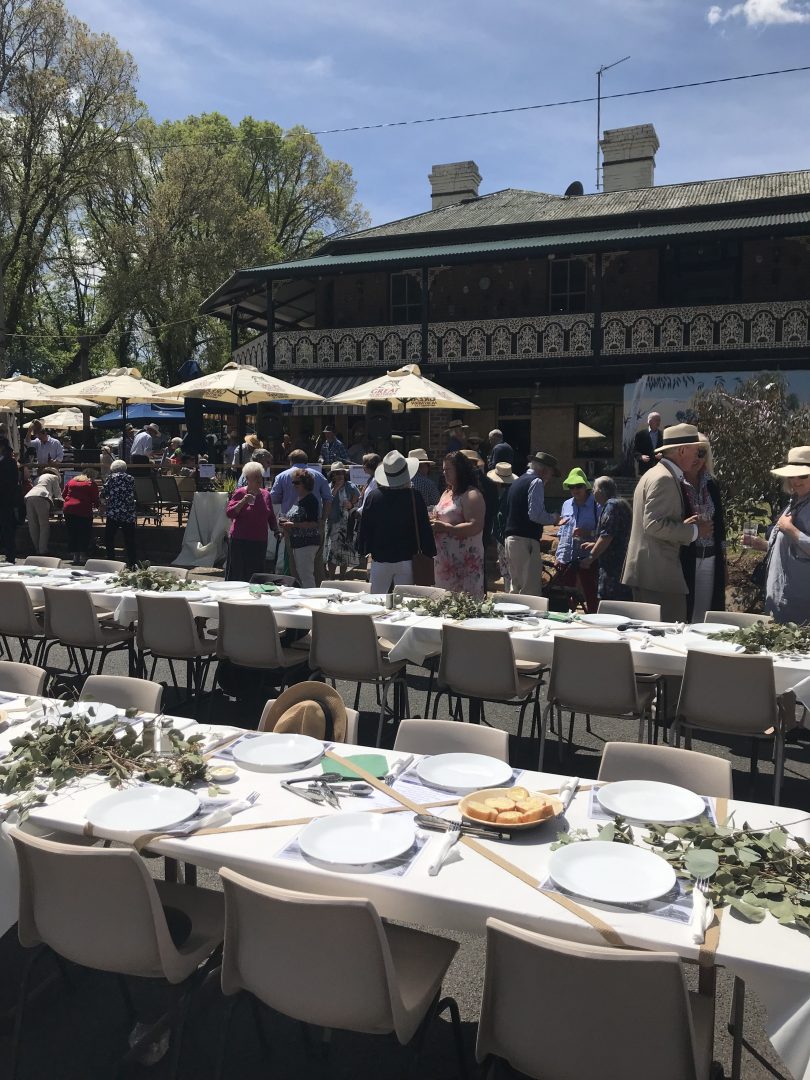 Long tables outside the Wallendbeen Hotel to celebrate the village’s birthday.

Organiser Kim Knox Thurn bought a house in Wallendbeen five years ago with her husband, Stephen, and moved permanently from Sydney a year ago. She’d been on the organising committee for Le Diner en Blanc in Sydney, where a secret location is revealed at the last moment for a very chic picnic.

“I’d been reading [local historian] Marcia Thorburn’s book about the village and realised it was our 125th birthday,” Kim says.

“I’d been to a few Wallendbeen Community Association meetings, suggested the idea and people got on board. People said ‘you’ll never sell 125 tickets to something like that in Wallendbeen’, then we got to 145, then 150 people,” Kim says.

“We have been so warmly embraced by this community; we absolutely love living here.” 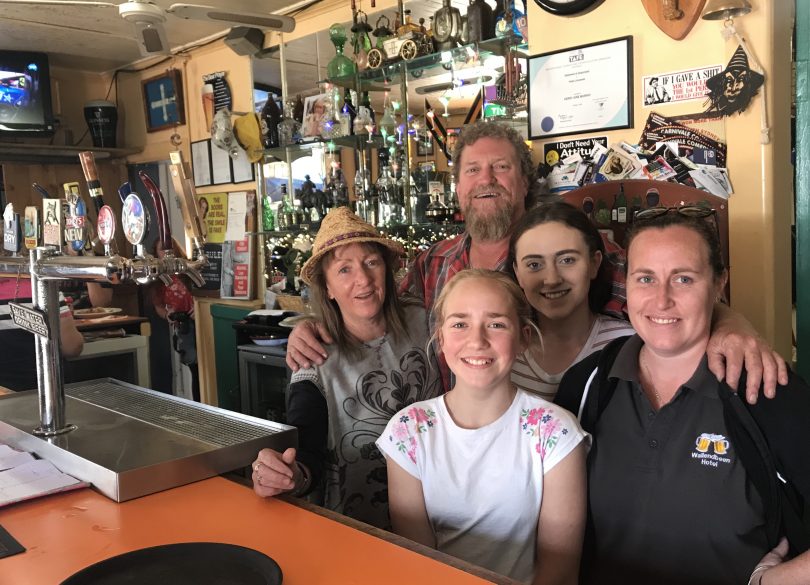 In addition to celebrating the birthday milestone, Wallendbeen was thanking the volunteers who have been running the Post Office since Australia Post abruptly pulled up stumps a year ago.

Undaunted, a roster of locals has moved the Post Office out of the derelict petrol station and into the village hall, where it’s been all hands on deck to maintain the daily service. The Wallendbeen Community Association sprang up to fight for postal services and advocate for the community.

“The Post Office has actually become a really happy place for us,” says WCA president Greg Quirk. “People love doing their shifts. It’s a bit like the old fashioned party line where you catch up on all the news as everyone comes in.”

The long lunch was also a fundraiser: the WCA wants to clean up the main street, perhaps plan some bike paths and signage about local history and paint the nearby silos with a mural reflecting the town’s pastoral, gold mining or military history. 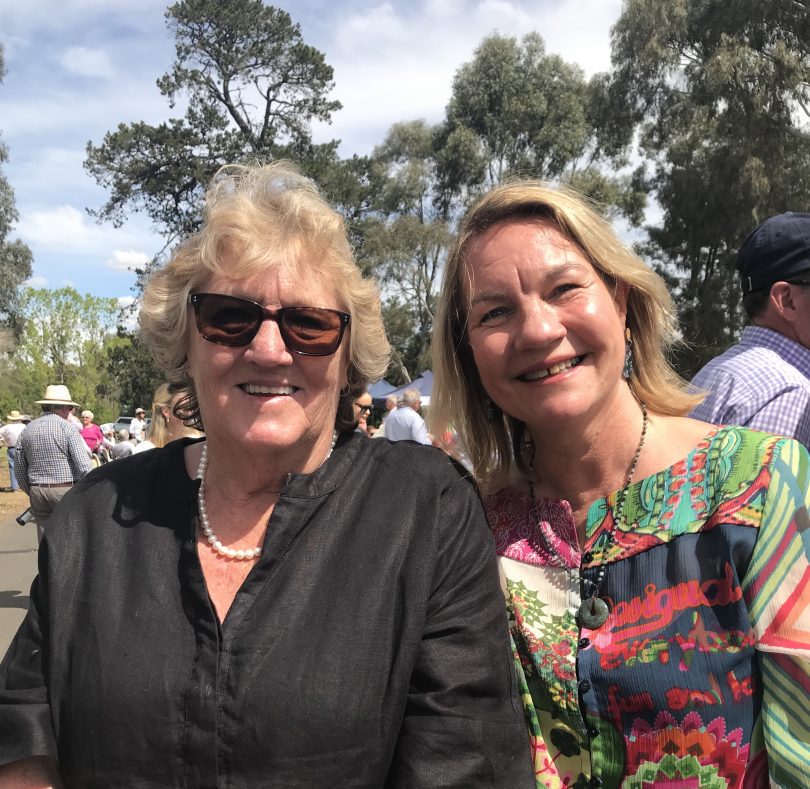 But beyond those aims, there’s something deeper: a vigorous determination not to let drought and hard times strip the heart out of what’s always been a notably strong, supportive and proud community.

“It’s empirically proven that the small towns that survive are the ones that are connected and inclusive,” Greg Quirk says.”We’re not raising a tonne of money here, but in terms of community spirit, this is invaluable for all of us.”

Wallendbeen welcomes visitors (Kerry and Groover who run the pub do a very decent meal and there’s often live music), although there’s no intention for the village to become the next lifestyle destination.

“We don’t want 1000 people a weekend, thanks very much!”, Greg Quirk says hastily.

But former local (and former national CWA president) Margaret Smith, who returned for the day, spoke for many when she thanked everyone who’d been involved in organising the birthday celebrations.

“A lot of you are newcomers. You are very very welcome to the little village with the big heart. That’s what Wallendbeen has always been for everyone who lives here and returns here,” she said.

“The day has been marvellous, the weather has been kind, but I hope that tomorrow it absolutely pours!”

Shayne Scott me to sad I didn’t know 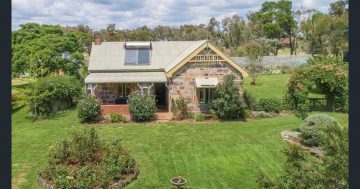 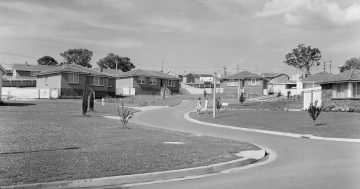 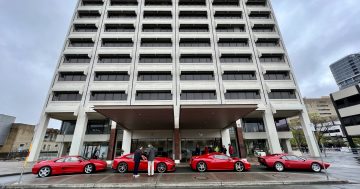