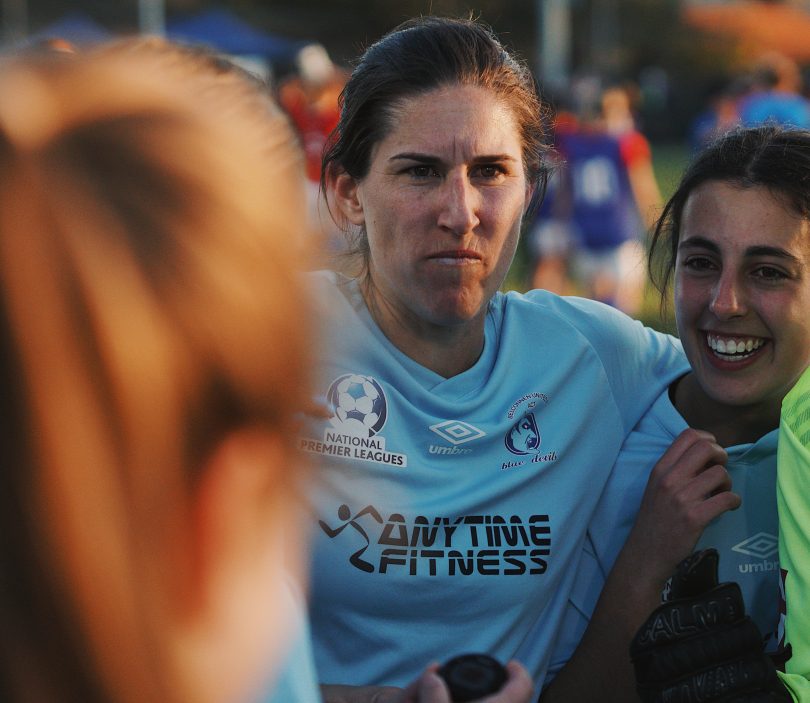 It has nothing to do with her time playing for the Matildas, although she did wear the green and gold on 57 occasions. Nor has it anything to do with her career at Canberra United, where she started as a foundation player before leading the side to championships in 2012 and 2014.

In fact, the story has got nothing to do with winning or success but, as Jagarinec says, it perfectly sums up the type of person Munoz is.

“About two years ago we were playing the Canberra United Academy,” Jagarinec said.

“It’s 1-1 at half time and I see Caitlin put her arm around one of the young Canberra United kids, and she starts coaching her, telling her what she should be doing. 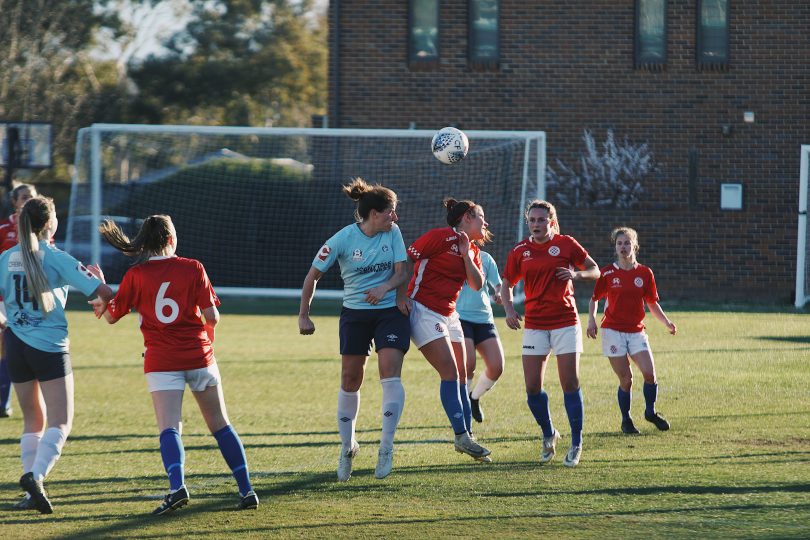 Munoz in action during the NPLW Grand Final.

“That’s special and that’s the type of person she is.”

Jagarinec would know Munoz better than most; the two have been involved with Belconnen for the best part of 10 years and have built the Blue Devils into the dynasty they are today.

So it’s only fitting that following the side’s dramatic 1-0 win over Canberra FC in the NPLW Grand Final on last Saturday, the two will step away from the club at the same time.

Jagarinec announced his retirement before the finals series began, while Munoz made the decision in the moments after Saturday’s match, a match in which she secured another title for Belconnen with a winner in the 118th minute.

“[Retirement] had probably been on the back of my mind for a while,” Munoz said.

“But the way the match finished and the season we had, I can’t think of a better way to end than that. 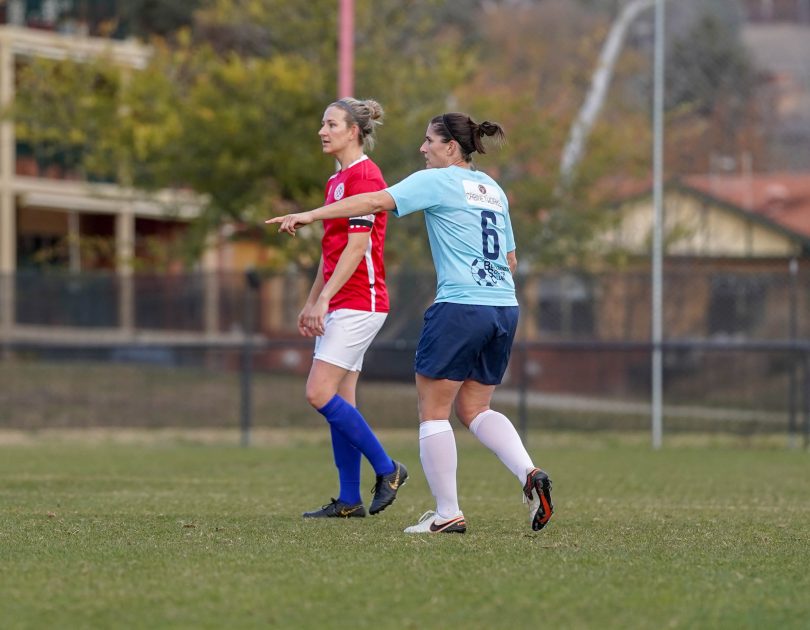 Belconnen United will help to send Munoz out on top with a win at the NPLW Challenge Cup today.

“I couldn’t have asked to do it with a better bunch of girls. We’ve been together for a number of years, and Ant as well, and sending him out the way he deserved was really the most special thing about it.”

And while Munoz has played football at the highest level, the retiring midfielder admits Belconnen, a club she has been involved with since her junior days, will always remain close to her heart.

“Some of my best career moments have been with Belconnen. We’ve had some undefeated seasons and won a lot of championships,” Munoz said.

“I’ve got some really close friends there and outside of football we’re all close, so it’s nice to be able to share those moments with some of your best friends.”

After another successful local season, Belconnen will now travel to Sydney to face Football NSW Premiers Sydney University in the second instalment of the Challenge Cup.

The match will be streamed live thanks to Capital Football’s broadcast partner BarTV Sports on YouTube and Facebook.

Have followed this Lady’s career since she was in Primary School when she Captained the first ACT Primary Schools Girls Team to the National Championships in Adelaide.

Tom Porter I taught her at Lyneham in years 2 and 4.