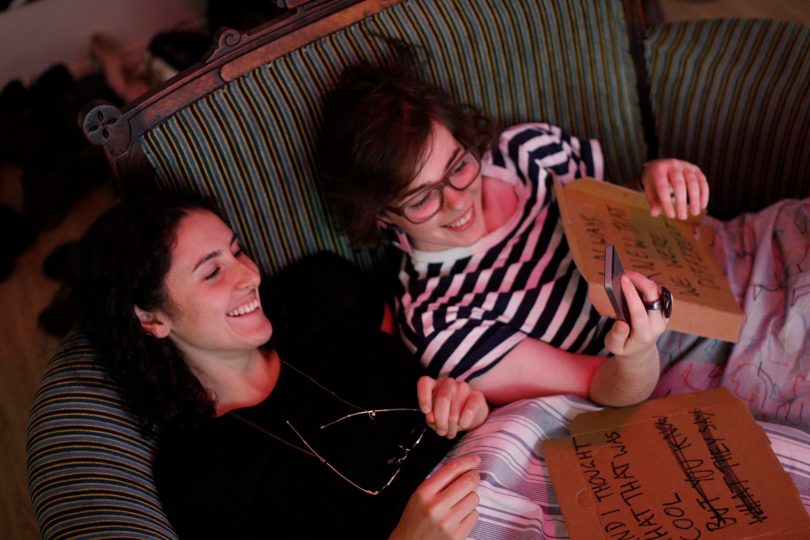 Sydney-based, Canberra-raised artist Hedy Blaazer is a singer-songwriter that can create entire musical landscapes with little more than an acoustic guitar, voice and violin accompaniment. With a new tape to launch and a suspected guest appearance from a local music celebrity, her show on Friday at Transit Bar, with similarly stunning songwriters in Ghostgum and Evan Buckley, is not to be missed.

Also on Friday night, legendary Australian rock outfit Spiderbait hit UC Refectory alongside The Lazy Susans and Teen Jesus and the Jean Teasers. If that isn’t enough to whet your appetite for classic rock, Canadian band The Tea Party are set to play Kambri this coming Tuesday.

For something a little more underground, head to Mulgara’s house show on Saturday night featuring Sydney DIY punks Floral Sheets as well as locals Dog Name and Powder Blue. And, in case you haven’t been paying attention, rising indie rockers Sputnik Sweetheart have just released their new single ‘Home Again’ and they’re launching it on Saturday night at the Polish Club.

If you’d rather not stay out late, there are a host of daytime shows on offer this week, including Hashemoto at the Community Afternoon Tea in Haig Park on Saturday, Wesley Music Centre’s Lunchtime Concert on Wednesday the 19th, and Smith’s Alternative’s regular Sunday Jazz Jam.

t2owe - 3 hours ago
It's not the outdated system that's the problem, its the failure of Planning (ACTPLA) to maintain the mandated rules in the t... View
News 27

chewy14 - 7 hours ago
Hardly a surprising result, the government's relative silence on the issue and the budget allocation made it pretty obvious t... View
News 12

keek - 15 hours ago
Yeah, I'll stick to teaching my kids that the internet is a playground, and nothing said on it is to be taken seriously. This... View
show more show less
*Results are based on activity within last 7 days

@The_RiotACT @The_RiotACT
Braidwood’s beautiful boutiques, eclectic antiques & gorgeous galleries are a shopper’s paradise. We’ve put together some inside info about what you can discover on the treasure trail https://t.co/qDNKXbDda4 (3 hours ago)