The weirdest things you can buy in Canberra right now 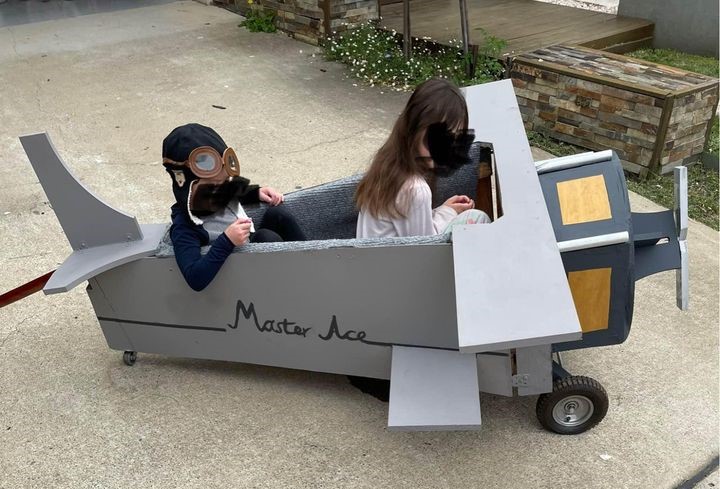 Is it a … yeah, it’s a plane billy cart. Photo: Daniel White.

Used shoes, car parts, and soggy sofas. It’s the bane of online marketplaces, op shops and street-side stalls and trawling through the listings can be deadly dull. Occasionally though, something will catch your eye. For some reason or other.

Certainly, Canberra is capable of so much more, as this run down of local products reveals: 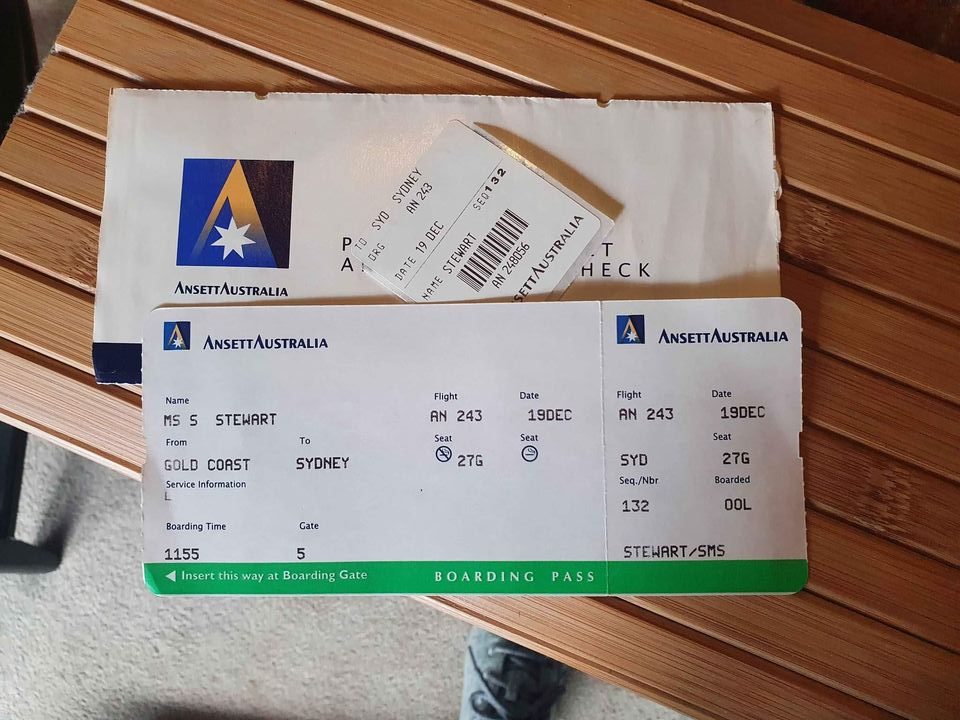 Sarah Kathleen was going through a box of old stuff when she came across an old Ansett boarding pass. It’s hers, from a trip between the Gold Coast and Sydney on 19 December 1999.

“I was going to throw it out but thought there might be some die-hard Ansett collectors out there since the airline shut,” she says.

Ansett Australia was founded in 1935 and was the country’s main carrier for nearly 65 years. By 2000, however, competition from Qantas and other low-cost airlines, an aging fleet, and the grounding of their Boeing 767 fleet due to maintenance issues left the company bleeding $1.3 million per day.

Not even the Federal Government could prop it up for long and, in 2001, the company went into administration. The last flight touched down on 5 March 2002.

Sarah says two to three people have asked about the historic boarding pass so far. It’s free on Facebook Marketplace. 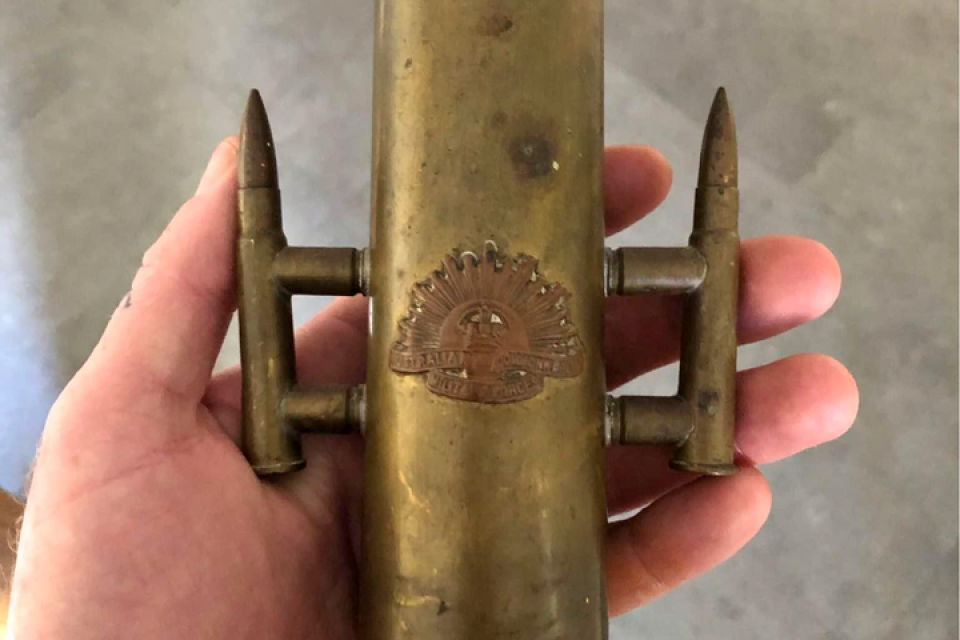 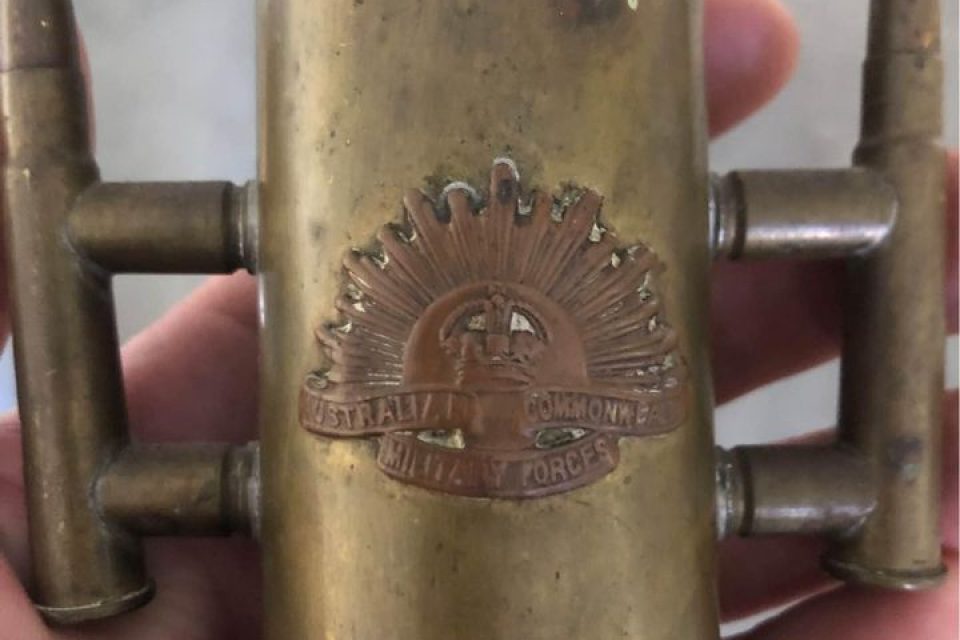 WWII-era vase made of bullet casings

Facebook Marketplace won’t let him use the actual words, but this is a vase made of old shell and bullet casings from World War II.

“I’m ex-army and found it in an op shop in Townsville when I was posted there,” James Paull says.

James’ role as a marine specialist piqued his interest for military-inspired art. He describes himself as a casual collector.

“Knowing what things were made of makes it more appealing. I collect anything of interest really.”

After some research into similar one-off antique creations online, he realised it’s worth about $460.

“I’ve had a little interest but most people don’t want to pay for things and think it should be stupidly cheap. But I’m only really interested in trades at the moment, so send me anything you’ve got to offer. Worst I can say is no.” 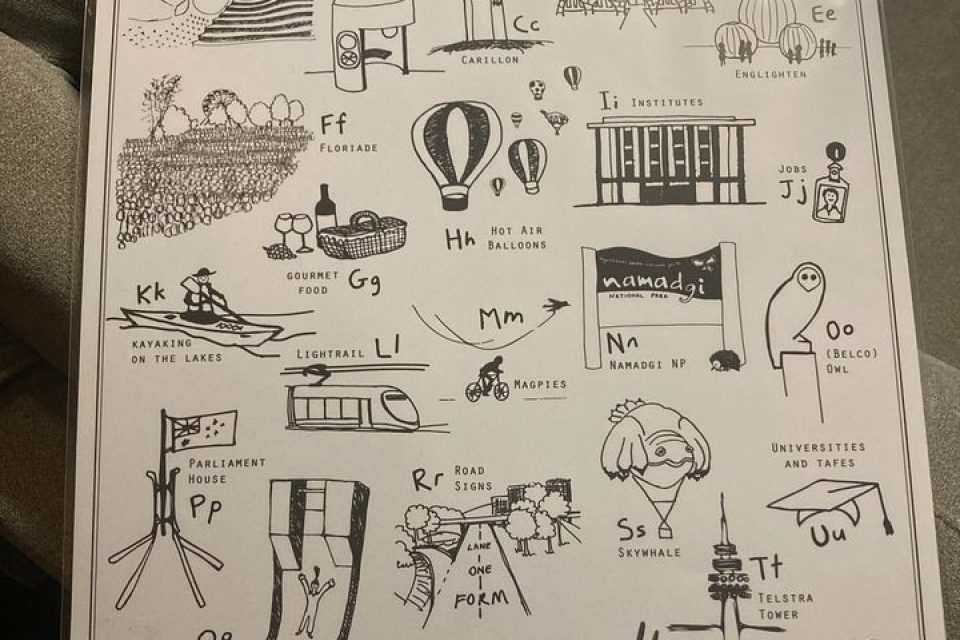 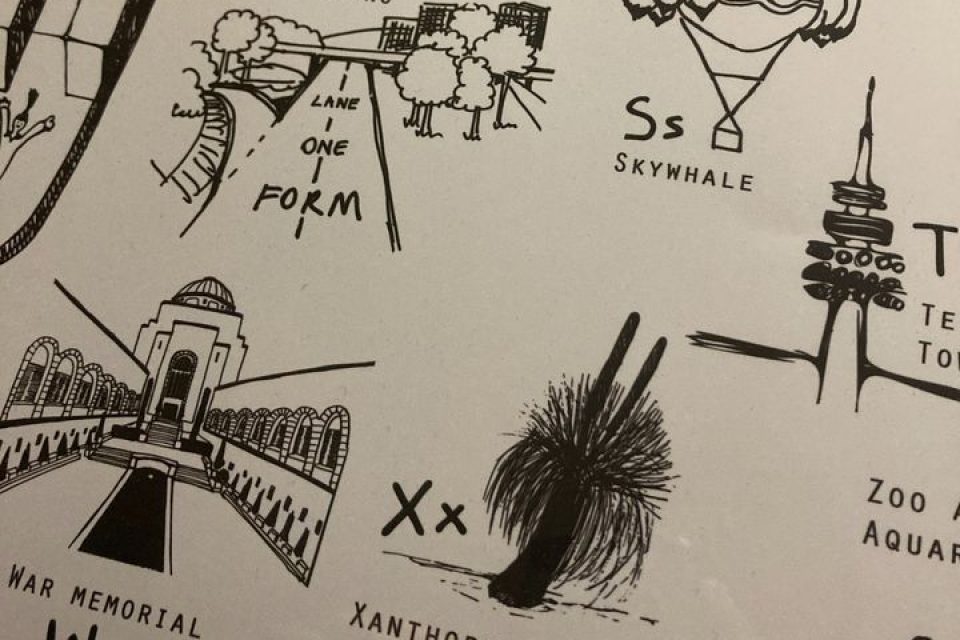 Jessica Wright is a graphic designer and Ruth Oettle an artist and pun master. The two met through their day jobs and decided to start their own art business called Remo Graphic Design, making locally-inspired cards, posters and more.

“It can be hard sometimes to find cards and other products that are unique and suitable for a range of purposes, so we thought we would give it a go,” Jessica says.

They’ve been at it for 18 months now, and their latest offering is an A2 alphabet poster, picking out a Canberra icon for each of the 26 letters.

“The reaction has been pretty good, and the cards sell well at POP and some of the other shops they are in.”

The $50 A2 alphabet poster, cards and more are for sale at POP, on Lonsdale Street in Braddon. 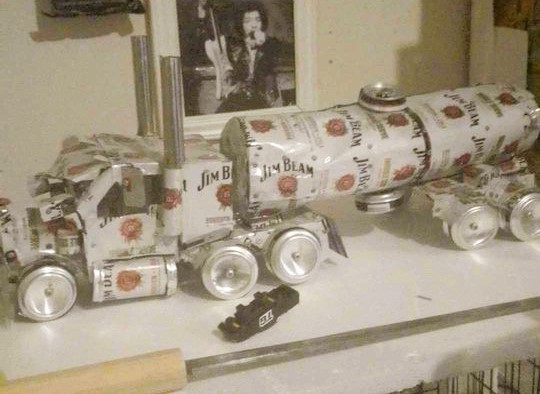 Truck made out of Jim Beam cans

It’s exactly what it says on the tin, or in this case, can.

“I make whatever I can out of old beer and whisky cans, including cars, planes, trains, motorbikes and more.”

Ian may have drawn the short straw on the deal – “my mates drink and give me all the empty cans” – but he enjoys it and has done it for years, starting with his favourite model – a hot rod.

“I just learnt it by myself … I really like the ingenuity,” he says.

His hardest job so far was translating a Harley-Davidson motorbike into cans.

“That was one week to get everything done.”

The latest tanker truck took him “about two days to make” and is for sale on Facebook Marketplace for $50. 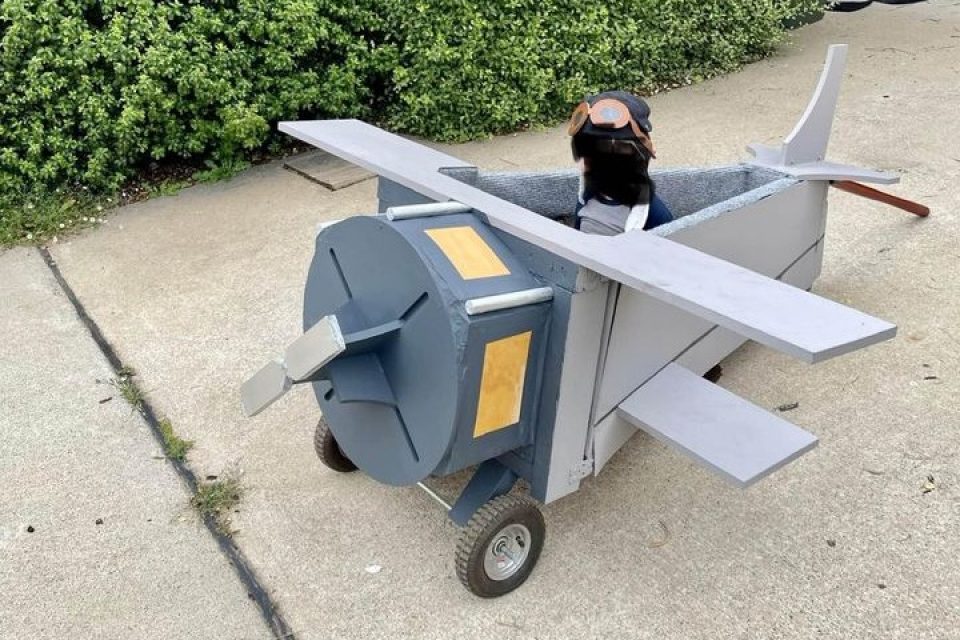 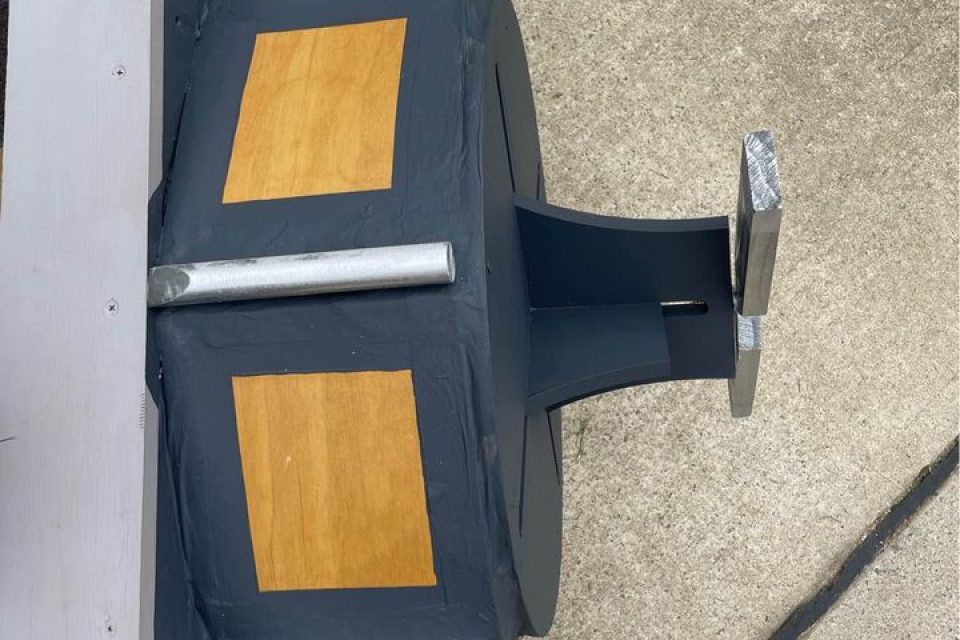 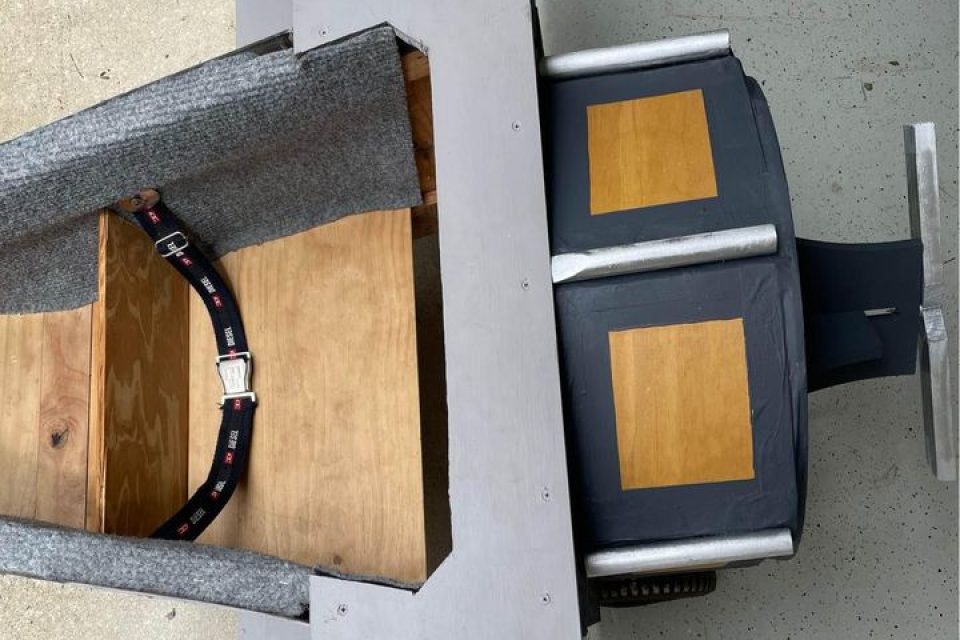 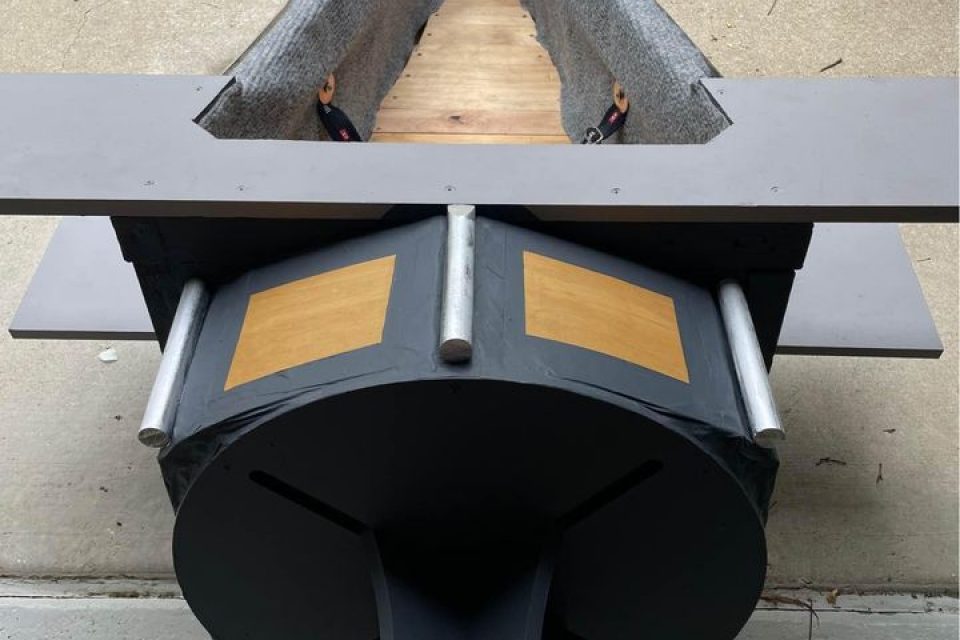 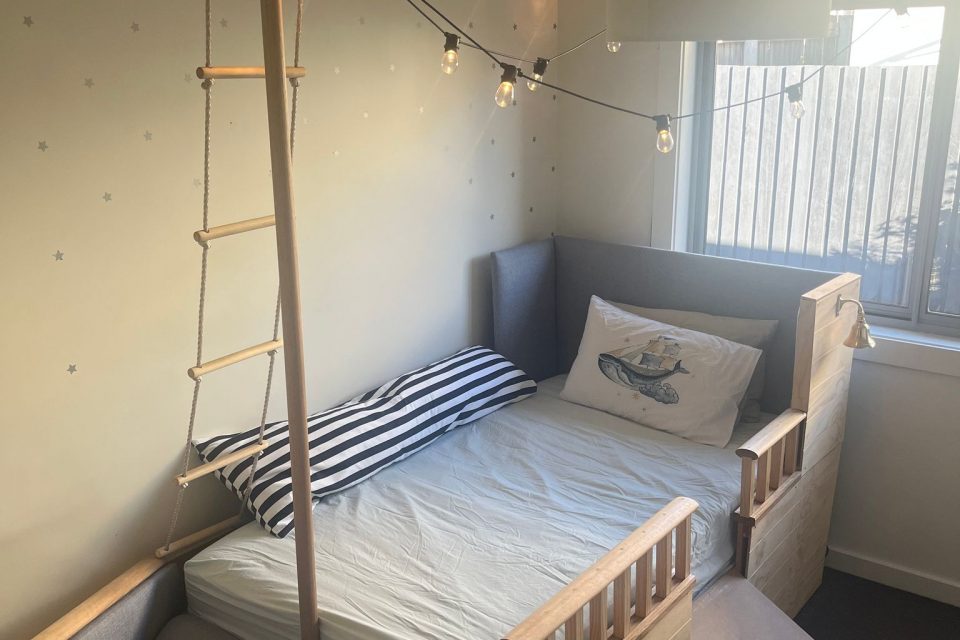 The inevitable had happened to Daniel White. He realised his garage really was too small, and was tidying it up to make more room when he stumbled across an old wooden pallet. The lightbulb turned on.

“I already had an idea to build my son a billy cart, and I suddenly thought how cool it would be to have an aeroplane one,” he says.

Daniel works with the public service, so there’s no carpentry background here.

“It’s just a passion and hobby to work with my hands when time permits.”

He already has a pirate ship bed frame under his belt and, after about two-months-worth of spare time, it was joined by the pallet-turned-plane. It wasn’t just the kids who loved it either.

“It can comfortably seat about four kids below 10 years of age all at the same time, and I have even pushed adults around in it, but that’s hard work.”

His son has now outgrown it and he’s looking to sell it for $200 and use the money to upgrade him to a bicycle. It comes with a removable seat and guide handle and the front has a fresh coat of paint.

“I would suggest bring a trailer for pick up.”

Selling something out of the ordinary? Email jcoleman@region.com.au with some information and pictures to have it featured next time.