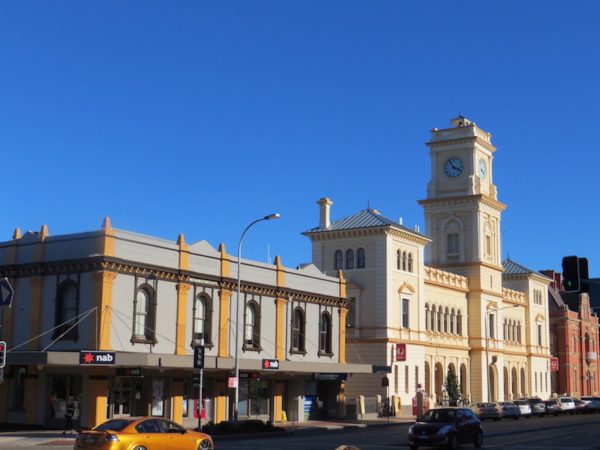 Almost 25 years ago, when the Hume Highway bypass opened around Goulburn, the city’s people were told they were reclaiming their main street. But they have not, and they should.

The NSW Roads and Maritime Services controls Auburn Street, the main street. Auburn Street has less highway traffic than it had before the bypass, but its administration is not framed for Goulburn, it is about travellers passing through the city.

International planners have long said if you plan a city for cars you serve no one, least of all the drivers of those cars. Yet Goulburn’s most important thoroughfare is all about cars.

Mayor Bob Kirk is negotiating with the RMS to swap ownership of Sloane Street for Auburn Street. Cr Kirk says if this happened not much would change in traffic behaviour. That’s because heavy traffic already avoids Auburn Street.

“This is not about arguing with (RMS), it is simply about having control of your main street,” the Mayor said.

“If we could have Auburn Street as our own, you would see a different Auburn Street. Instead of putting trees in pots down the middle of the street, we would be planting trees, we would be having bigger pedestrian areas, we could change the traffic flows to make it a more shopping focussed place.

“I know that causes grief when it comes to parking issues, not being able to park in front of ‘my shop’, but geez, we have got to grow up.’’

At the bypass opening in December, 1992, then federal MP John Sharp said it was about time Goulburn cut its umbilical chord from the highway. “For the first time since 1833 the people of Goulburn now own their main street,” Mr Sharp said at the time.

Picking up on this theme was then Premier John Fahey too, and the Goulburn Post in its headline: “At last city owns its main street.’’ 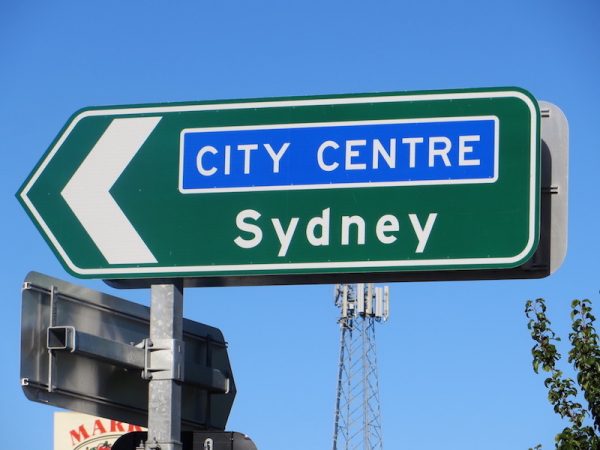 Today, Goulburn does not own its main street. True, the noisy trucks and high volume traffic are a distant memory.

But missing is the necessary freedom to continue making Auburn Street a shopping destination rather than a thoroughfare edged by parked cars. For my part, I think those parked cars are a magnet for shopping trolleys and they spoil views. Besides, the spaces left for parked cars in Auburn Street will never satisfy retailers’ perceived need for them.

Cr Kirk says the central business district should not be designed and run around parking requirements.

“The answer for us, if we can accommodate parking off streets, within easy walking of the main street and a nice shopping environment, is that you can get the best of the two worlds.

“If we have to acquire or lease properties, we want to go down that track. We haven’t got the right answer yet,’’ he said.

Goulburn Chamber of Commerce supports the council’s attempt to gain control of Auburn Street. President Mark Bradbury says this would allow for unfettered and flexible planning for the benefit of the local community, and business owners and operators in the CBD.

The proposed performing arts centre drew the issue of parking to a flashpoint earlier this year, with retailers hostile to any loss of parking, and one petitioning against such an outcome. Mr Bradbury is remaining silent on the parking issue.

So what do you think? Should Goulburn swap Auburn Street with Sloane Street, and make the main street more pedestrian friendly?

Veronica Goulthorpe - 6 minutes ago
Susan Jones I agree, I also think people are getting more aggressive View
Adam Scott - 11 minutes ago
Jacob Gallin Smith keep left only applies at 90 or over, but very much agree with you about merging and indicators View
Adam Scott - 16 minutes ago
I regularly feel like the only one doing 40 in the 40 zones. Also do some drivers think that they use more petrol with their... View
Opinion 14

Mick Andrews - 15 minutes ago
Honestly I love doing 85 on the parkway, il stick too it😆 View
Brindie - 2 hours ago
Given that our main roads are so congested (Tuggeranong Parkway; Adelaide Avenue) and that our public transport system is so... View
Ol L - 3 hours ago
Canberra. If the traffic gets bad just put in more traffic lights, that’ll work real good…..check out Hindmarsh Drive Phi... View
Breaking 15

Acton - 2 hours ago
Agree. Its broken. The only people who deny its broken are those whose powers of critical thinking are seriously deficient. View
Acton - 2 hours ago
The more we hear, read and know about AstraZeneca, in Australia and overseas, the more reason there is to hold off until Mode... View
whatwik - 2 hours ago
FWIW, wife woke next day after her first AZ with a fever and headache - responded very well to a Nurofen and a Panadol, and t... View
Food & Wine 10

Shay Daisy - 5 hours ago
So sad. Please everyone be careful out there. Be patient, observant and kind so we can all be safe. View
News 25

Was one of your workmates a mystery no-show at work this morning? They may have had a very good reason....
Opinion 195

@The_RiotACT @The_RiotACT
ChooseCBR data reveals that some businesses processed more than 500 vouchers in the 25 hours the scheme ran, and almost 40 per cent of the vouchers were claimed at stores like grocers https://t.co/vVrNddImTH (34 minutes ago)

@The_RiotACT @The_RiotACT
Canberrans have been warned against travel to metropolitan Sydney and ACT borders have been effectively closed to Sydney residents. Here's how the ACT is responding to the growing Sydney COVID-19 outbreak https://t.co/ftCMKm59mv (3 hours ago)