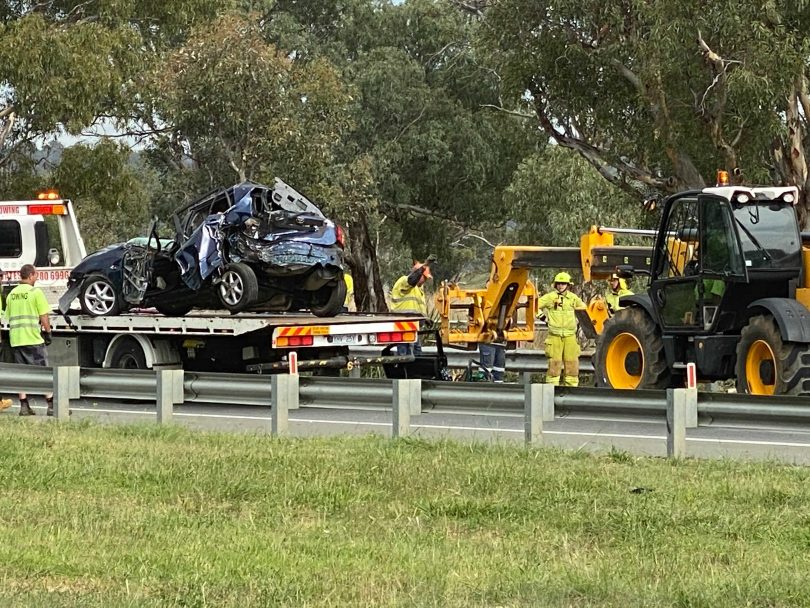 Police believe a truck driver may have crucial information about a fatal car crash that claimed the life of rising hockey star Lachlan Seary.

The CBR Brave ice hockey team will dedicate their season to the memory of Mr Seary.

ACT Policing has issued a call for the driver of a truck that passed the location shortly after the collision to come forward, saying they may be able to assist in the investigation.

CCTV footage from a Monaro Highway service station shows the truck was the first vehicle to pass the accident scene.

Investigators do not believe the truck had any involvement in the accident but say the driver may be able to provide crucial information to police.

“This tragic incident happened late at night on a length of road where there are no streetlights, so this truck driver may have passed the scene without realising there had been a serious collision,” Detective Inspector Hofmeier said.

“I would like to ask any truck operators to check if one of their vehicles was in the area at the time, as we want to have the clearest possible picture of what happened.”

Anyone with dashcam footage from the area at the time, or information that could assist police is urged to contact Crime Stoppers on 1800 333 000, or via the Crime Stoppers ACT website. Please quote reference 6748253. Information can be provided anonymously.

Make sure you factor in the true cost of home solar like periodic inspections, new inverter every… View