Vandals cause $10k in damages to Gunganlin bus shelters 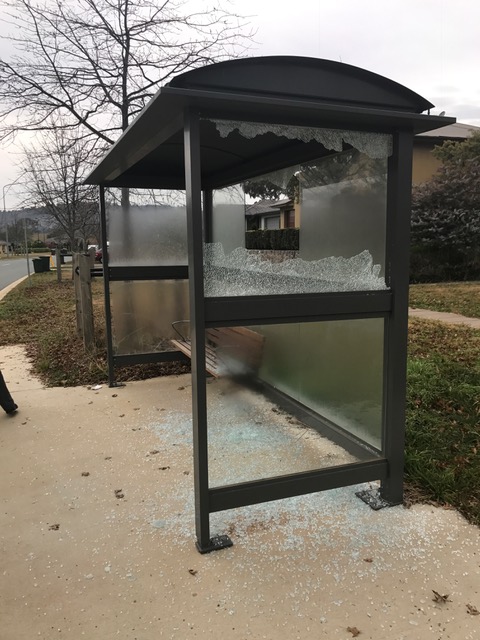 ACT Policing are seeking witnesses following several incidents where vandals have caused at least $10,000 in damage to ACTION bus shelters across Gungahlin.

“It’s disappointing to see such senseless damage, the cost of which is estimated to be at least $10,000,” Acting Gungahlin Station Sergeant Rollings said.

“We urging anyone who lives near a bus shelter that has been damaged to check any CCTV they may have and contact police if they have any record of suspicious behaviour over Thursday or Monday night.”

“People may have heard something or seen someone behaving suspiciously near a bus shelter. Even if it seems small, it may help police in our investigation.”

Police are urging anyone who may have seen or heard suspicious activity near bus shelters in Gungahlin overnight on Thursday 15 June or overnight on Monday 19 June to contact Crime Stoppers on 1800 333 000. Information can also be provided online via https://act.crimestoppers.com.au. 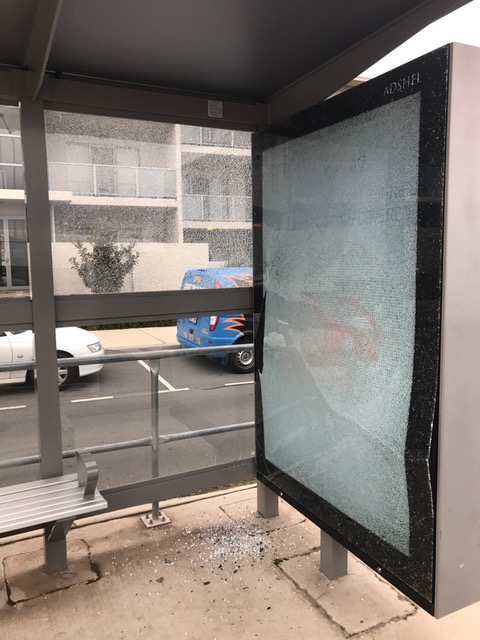 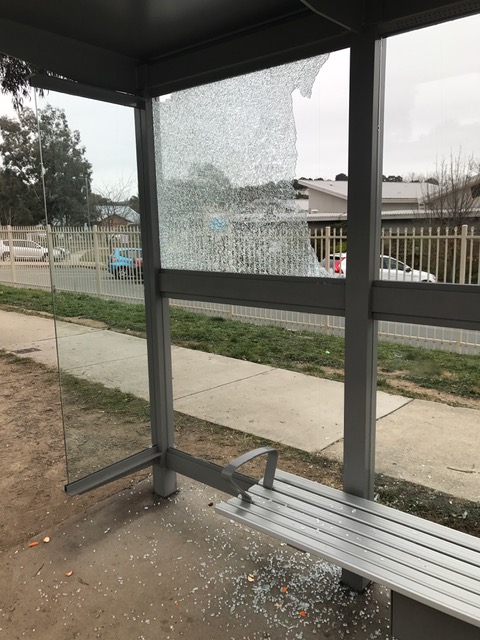 Tom Adam - 2 hours ago
Natalie the Woden area around the bus depot. (Where they had to due to land sale agreements). Not the Phillip business Centre... View
Natalie Roseworn - 2 hours ago
Tom Adam they announced some major refurbishments for Woden/Phillip not long ago. View
Lucy Irene - 10 hours ago
Mmm, not sure why ‘rainbow’ roundabouts could be an issue, curious! View
Property 20

Tricia Lawrence - 4 hours ago
Sad beyond words. View
Elizabeth Croft - 13 hours ago
I live in hope they re-open View
Community 3

Sue McIntosh - 5 hours ago
Angela Moore thank you for this beautiful poem. View
Angela Moore - 5 hours ago
"The Poplars" The Poplars are fell'd, farewell to the shade And the whispering sound of the cool colonnade. The winds play no... View
Sue McIntosh - 10 hours ago
Ho hum, what else is new? More trees given the chop. If council is so worried about the trees falling, then they should be re... View
News 9

John Hutch - 5 hours ago
I thought that these protests were a disgraceful display of the left-wing mentality and agenda to maintain oppression and vic... View
Capital Retro - 6 hours ago
"marginalisation by choice" being the PC term for "victim industry"? View
Spiral - 9 hours ago
Does anyone have accurate recent stats on how bad the problem really is: This article: https://www.news.com.au/national/black... View
News 1

Capital Retro - 7 hours ago
"The study did not analyse pre-existing conditions" Nothing to see here folks, move on.... View
News 36

George Watling - 11 hours ago
Is there actually a need for more embassies? Has there been a sudden rush of new countries needing embassy accommodation in A... View
Lifestyle 3

Chris Liddiard - 12 hours ago
Kirsten Madsen thank you for this. I’m sure she will be interested. She is really missing band at the moment. View
News 49

Stephen Dixon-Jain - 12 hours ago
Thanks for the suggestion, Julie. I've just adourned our letter box with the colours of the Aboriginal flag. Stephen View
show more show less
*Results are based on activity within last 7 days

@The_RiotACT @The_RiotACT
Heat-related deaths are at least 50 times more common than recorded on death certificates, according to two ANU researchers who are pressing for 'climate change' to be acknowledged as a cause of death https://t.co/G1W35CdPg1 (3 hours ago)

@The_RiotACT @The_RiotACT
While most of us were working from home, our health professionals were on the front line of COVID-19. But like many (male) Canberrans, they let themselves grow and COVID became MOVID. Check out their efforts https://t.co/KVLsKnJCTk (4 hours ago)

@The_RiotACT @The_RiotACT
For Our Country, the Australian War Memorial’s Aboriginal and Torres Strait Islander memorial, has taken out the top gong at the ACT Architecture Awards on Friday night, winning the prestigious Canberra Medallion. See all the winners https://t.co/dKch27SZqs (6 hours ago)