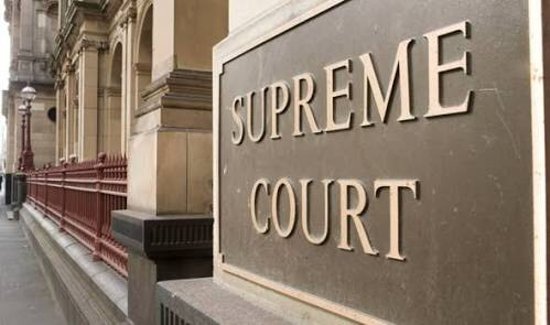 The virtual hearing will take place in the Supreme Court in Victoria today. Photo: Supplied.

UPDATED, May 26, 5 pm: The Victorian Supreme Court has adjourned for the day. Both parties have completed submissions and judgement is expected at 2:15 pm on Friday.

May 26: Today the fate of Victoria’s Alpine Brumbies will be determined in a virtual hearing as Omeo cattleman Phil Maguire faces off with the State of Victoria in the state’s Supreme Court.

For Phil, fresh from the Bogong High Plains after four days on horseback in temperatures well south of zero, the key objective is to have brumbies added to the Alpine Heritage List and managed sustainably and humanely.

For Parks Victoria, today’s decision could greenlight a planned ground shooting cull of the brumbies in the far east of Victoria between the high country town of Benambra and the Snowy River.

The shooting cull was announced on 8 May, the same day the Federal Court delivered its judgement in the case between Parks Victoria and the Australian Brumby Alliance (ABA), ruling in favour of Parks Victoria to allow horse control programs to continue.

These horse management plans include trapping and rehoming programs.

But Parks Victoria regional director for northern Victoria Daniel McLaughlin said the unprecedented scale and impact of the 2019-20 Victorian bushfires required mobilisation across government and the community “to protect what remained and give Victoria’s native plants, animals and ecosystems the best chance of survival”.

“Parks Victoria is authorised by the National Parks Act 1975 to control exotic fauna and to efficiently remove feral horses from high-conservation priority locations,” he added.

As snipers moved into position on the evening of Sunday, 17 May, a last-minute legal intervention by Phil Maguire led to a reprieve for the brumbies due to be shot the following morning.

Through an urgent application to the Victorian Supreme Court, Phil and his wife Louise helped convince the Victorian State Government to refrain from embarking on its shooting program until 1 June.

Depending upon the outcome of the case, he says, the shooting may never happen.

But he’s taking no chances with the historically significant Bogong Brumbies which are few enough in numbers to be able to be mustered and given safe refuge. 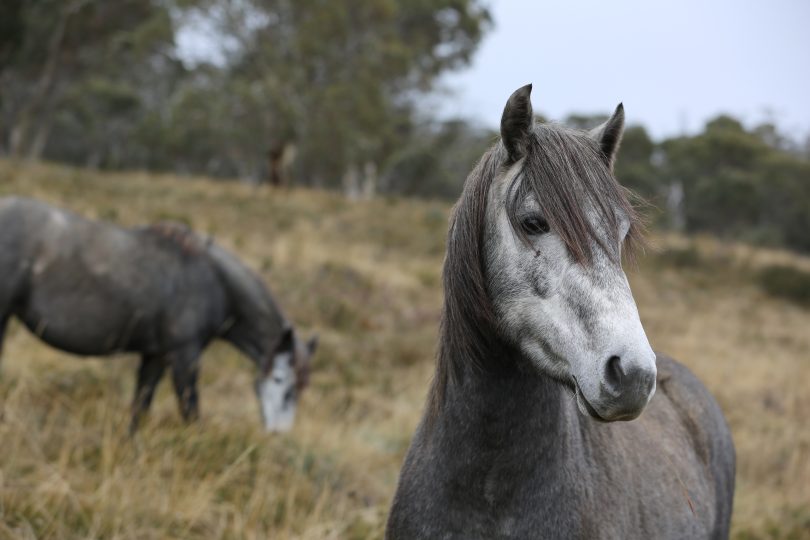 At the weekend he and a team of experienced high country riders travelled into the Alpine National Park in an effort to locate the 100-strong Bogong mob and muster them to safety on his nearby property.

He says that a mob of between 25 and 30 brumbies was found and turned towards his home, as reinforcement riders arrive in the high country this week to cast a wider net for the remaining horses.

Today’s court hearing is the only chance for the horses of the eastern Alps.

“The Eastern Alpine Brumbies are more numerous and can only be saved from shooting by court action,” Phil said.

Meanwhile, in NSW, June marks the start to planned trapping, aerial and ground musters of some 4000 brumbies on Cooleman Plain, parts of Boggy and Kiandra Plains and Nungar Plain areas in Kosciuszko National Park. The entire brumby population will be removed from Nungar Plain.

In the May 2020 Kosciuszko National Park Wild Horse Management Stakeholder Update, the NSW NPWS said the scientific advice was that wild horses would impede the post-fire recovery of vegetation and survival of native wildlife that depend on it, and numbers would have to be lowered to limit grazing and trampling pressures.

But there have been calls for a post-fire recount of brumby populations from advocates who say the numbers of horses cited are exaggerated.

Saltblocks and other molasses licks are being placed in cut logs near these locations to induce brumbies to the sites where self-closing yards will eventually be set up to passively trap the horses for rehoming.

Horses that cannot be rehomed will be euthanased or sent to the knackery, according the NPWS.

The minister had allowed an additional month for the completion of the new wild horse heritage management plan which was initially due to be completed by 1 May 2020. A draft plan was due to initially be completed by February 2020.

According to the NPWS website, the committees have met three times in November and December 2019, and again in February 2020 where they also met as a combined entity for the first time.

A joint meeting was slated for 3 April but there are no records of meetings since February 2020.

At that time the Wild Horse Scientific Advisory Panel presented its post-fire recovery advice and is yet to respond to a series of questions raised by the Community Advisory Panel.

Julie Macklin - 2 hours ago
Linda Stapleton I rode to work in the rain. I had wet weather gear to wear. Well, I did until into my 50s. Then I began to ta... View
Stephen Harris - 5 hours ago
Julian Hayes thenif it increases their costs but not their profits then they will stop doing what they are doing and do it di... View
Nicky Goose - 19 hours ago
Flexible work hours are a fabulous idea and frankly in a modern society and economy why we don’t push them more is beyond m... View
Food & Wine 3

Jade Barges - 8 hours ago
Such a pretty Church 💗 View
Janet Ilchef - 21 hours ago
I remember seeing Canon Buckle swinging beams into place. And the bells at St John’s in Reid were given by Lord de L’Isle... View
Motoring 32

Martyn Tweedie - 18 hours ago
So you're an exception. Nice to be able to afford all that. Sounds like the problem is affordable housing and rent, not the w... View
Patrick J Pentony - 19 hours ago
They will have a great view of those new massive powerlines View
Marko Lehikoinen - 19 hours ago
Martyn Tweedie we have 3 cars now, needing a 4th and in few years will need a 5th one. When kids can't afford to move out and... View
News 13