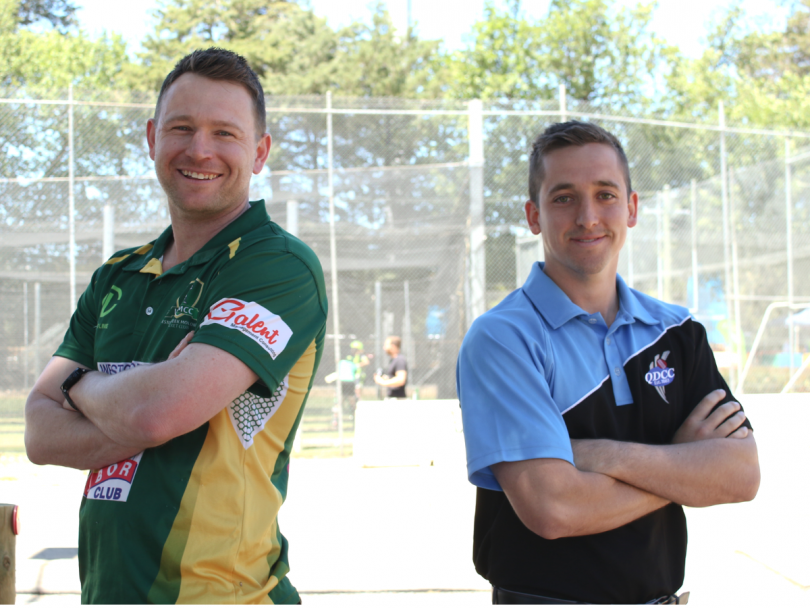 Weston Creek and Queanbeyan will face off again this Sunday in the John Gallop Cup final, a rematch of last year’s final, which Weston Creek won by 86 runs.

Chatting with Queanbeyan captain Mark Solway, the wounds of last year are still fresh and he is keen for a change in fortunes.

“It sits with you for a while but you get over it. It hurt last year so we’re pretty keen to do the job this year.”

Queanbeyan has a crafty side with a good mix of experienced and youthful players.

Twenty-year-old Tyler Van Luin starred in Queanbeyan’s semi-final victory over Western District with an outstanding all-round performance. He rescued Queanbeyan after they lost four wickets for seven runs with a remarkable 122 (127) and followed up with bowling figures of 3/27.

“We’ve also got Mark Higgs back and he’s obviously a big help, not just with bat and ball but also tactically,” Solway says.

Higgs’ bowling was invaluable, taking 5/34 to cement Queanbeyan’s place in the final.

Weston Creek has a formidable side, including the leading run-scorer of the competition, Robbie Trickett.

In conversation with captain John Rogers, he was quietly confident, bolstered by the development of the younger members of the squad.

“We’ve seen the development of a few youngsters who have been in and around the group for a long time. It’s good to see them contributing and putting performances on the board,” Rogers says.

“We’re lucky at Weston Creek that we’ve got a core of experienced players who have been around for a long time, and now the youngsters are stepping up and we’re seeing a winning culture develop in the team.

“We’ve had a few injuries but it looks like we’ll have some miraculous recoveries just in time for the final.”

The match will be played at Manuka Oval at 11:00 am on Sunday, 1 December.

Elspeth Shannon Rollason - 33 minutes ago
The Florey oval which is in this picture needs to be an oval for the primary school. It needs to be fixed up so the kids can... View
Krishna Rao - 50 minutes ago
Samuel Gordon-Stewart they aren't green though. Just a bit of grass in some seasons. If you want green spaces you need microf... View
Jorge Gatica - 3 hours ago
Alex Troy Elsworth Adkins dog parks are an accident waiting to happen View
Property 26

Paula Simcocks - 33 minutes ago
Marty Hoenig has had one of the best filtered water system for years. Bad about 2000 and before but now state of the ark wate... View
Motoring 3

@the_riotact @The_RiotACT
Eden Road is the only #Canberra region #winemaker to make this year's James Halliday Top 100 list. Here's how they did it https://t.co/IlhsfvnPQh (40 minutes ago)