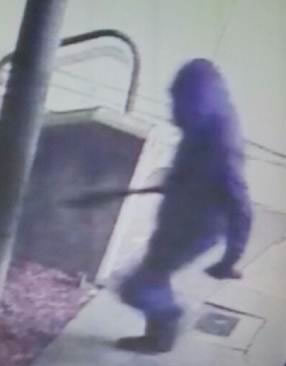 ACT Policing is seeking to identify a man following the aggravated robbery of a supermarket in Chapman on last night (June, 18).

About 7.40pm, a man entered the Chapman IGA Supermarket carrying a machete. The man approached the checkout operator and demanded cash. The staff member complied and the man fled the store on foot with a sum of cash.

The incident was reported and ACT Policing Woden Patrol members attended along with AFP Forensics Services.

The man is described as Pacific Islander/Maori in appearance and approximately 5’7” to 5’11” (170cm to 180cm) tall with a medium build. He was wearing a navy coloured scarf over his face with a blue ‘hoodie’, dark denim jeans and brown leather shoes.

Police are urging anyone who may be able to identify the offender or who witnessed any suspicious activity near the Chapman shops last night to contact Crime Stoppers on 1800 333 000, or via www.act.crimestoppers.com.au. Information can be provided anonymously.

Feedback - 36 minutes ago
The article mentions that 'The path out will resemble last year’s easing but will include working from home for some time t... View
whatwik - 2 hours ago
With the school holidays upon us, spare a thought for children and parents (and grandparents!) in Cowra, which was among area... View
Opinion 49

Tom Worthington - 38 minutes ago
Not "Man the torpedoes", it will be: "Activate the AI in the Uninhabited Underwater Vehicles". ;-) More seriously, Australia... View
chewy14 - 38 minutes ago
JC, I've repeatedly said this isn't mainly about the hardware although it helps. And why can't we strengthen our non military... View
chewy14 - 42 minutes ago
Won't be fooled, I said it helps to protect Australia. But only partly through the hardware, the bigger benefits come from th... View
News 2

Tom Worthington - 48 minutes ago
Fond memories of the old Gowrie Hostel, where I was put up as a new public servant in the early 1980s. We all congregated to... View
Property 22

Takeaway shop held up at knifepoint in Narrabundah

@The_RiotACT @The_RiotACT
Cold weather is sweeping in again across NSW and ACT, potentially bringing #snow, #hail, and damaging #winds with it. Here's what you need to know https://t.co/SiTWclpxRK (12 minutes ago)