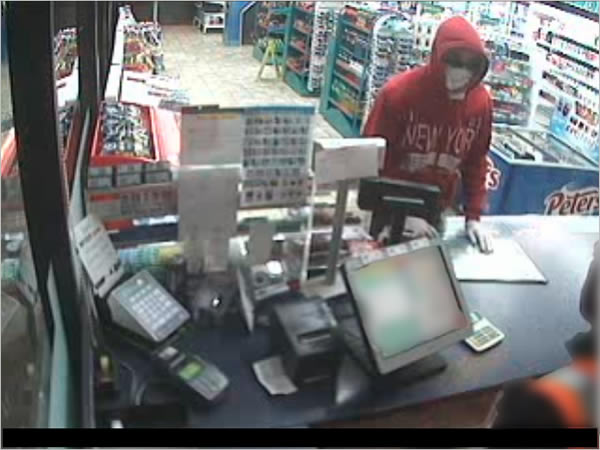 ACT Policing is investigating an aggravated robbery that occurred at the Caltex service station in Kambah this morning (Friday 13 June).

About 4am, a man entered the store and allegedly threatened the attendant with a small syringe filled with a yellow liquid while demanding money. The attendant complied and placed the cash registers on the counter.

The man then took a sum of money and fled the store through the front door in a southerly direction.

The alleged offender is described as Caucasian, 5’11” tall (180cm) with a thin build. He was wearing a red hoody with the words “New York”, blue track pants, black sunglasses and a white handkerchief over his face.

Police are urging anyone who witnessed the robbery or may have information to contact Crime Stoppers on 1800 333 000, or via www.act.crimestoppers.com.au. Information can be provided anonymously.

Sue Bink - 3 minutes ago
great news 👏👏👏 View
NiCe_tRy I_WoNT_LiE - 1 hour ago
Anyone who knows bruiser could've told you he would pass the test. Good on ya bruiser !!! View
Chris Pye - 2 hours ago
Yes!!!! There is still some good in the world! Absolutely wrapped for Pauly and Bruiser 👊 View
News 10