A glaring error in Wyatt’s History of Goulburn 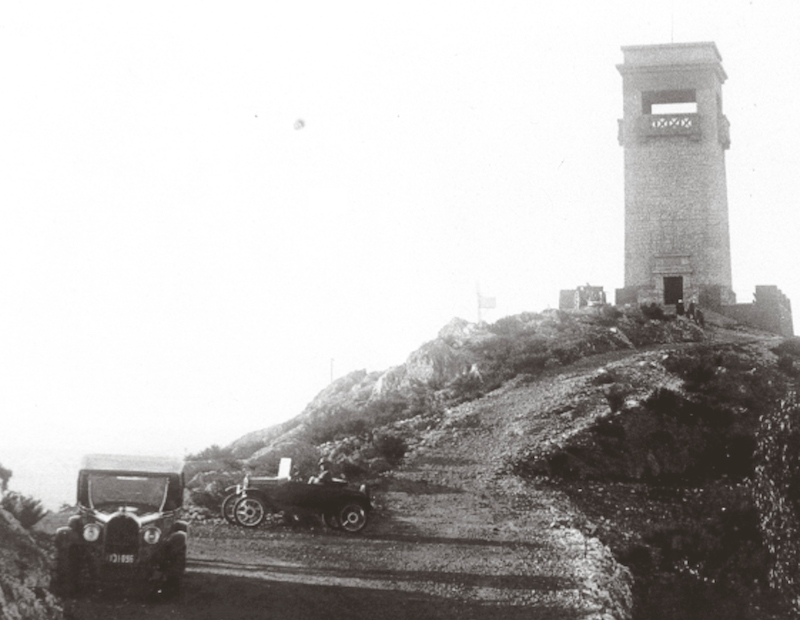 Goulburn’s Rocky Hill Memorial in the 1920s. Much of the city’s history from that period has not been recorded in full. Photo: Goulburn Mulwaree Council.

The History of Goulburn 1820-1941, regarded as the most authoritative source for the city’s development since the arrival of European settlers, contains a glaring error that should have been corrected decades ago.

First published in 1941, and subsequently widely quoted for subjects ranging from civic buildings to the arrival of rail, the book is wrong on an outrageous claim of cannibalism near Marulan. History Goulburn president Jennifer Lamb says the mistake underlines a desperate need to write another history of Goulburn.

The incorrect claim and similar ones throughout the district should be discussed during commemorations in 2020 marking NSW’s early governor Lachlan Macquarie’s exploration of Goulburn and district for European settlement. Ms Lamb, for many years the director of Goulburn Regional Gallery and a successful playwright, has begun organising the commemoration, which she hopes will look in more detail at Aboriginal people and their impact on the landscape at the time of European settlement. 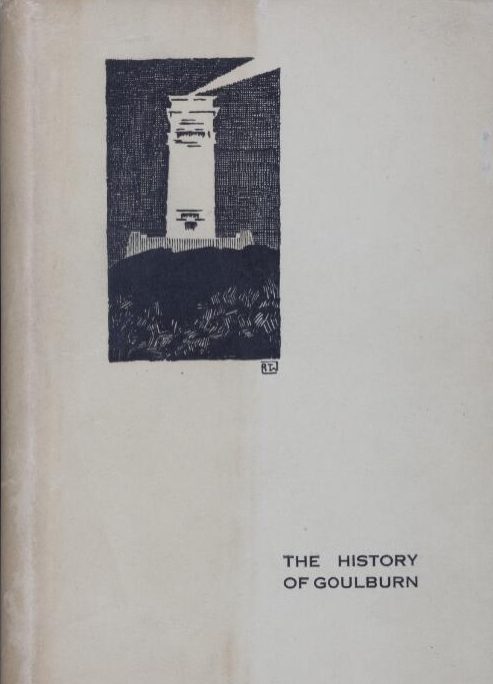 She was stunned to discover author Ransome T. Wyatt’s error. “As a child we had always heard the first case of cannibalism by Aboriginal people had happened at Greenwich Park (near Marulan) which was where I was living at the time, where I grew up, and where an Aboriginal person had killed and eaten a shepherd,” Ms Lamb says. “That was in Wyatt’s History of Goulburn. 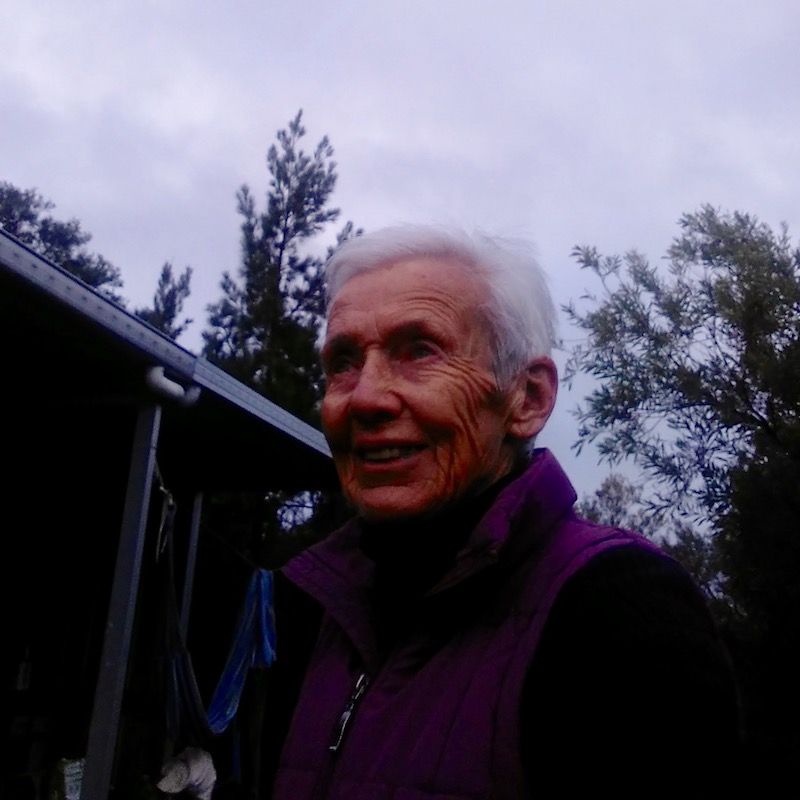 “I always assumed that was true until about a few years ago,” Ms Lamb says.

She followed up Marulan community leader and former Mulwaree Shire councillor Maureen Eddy’s account in a book about Greenwich Park, which added that more information was online from Macquarie University.

Here, Ms Lamb learned that going by the anglicised name of Hole-in-book, the Aboriginal man was accused of cannibalism of a shepherd in 1826. Supposedly the shepherd had come in with his dog to collect his rations just before Christmas. Days later he was reported missing, and a mangled body discovered in the vicinity led farmers to suspect foul play.

“They suspected that the Aboriginal people had done something to him and they then accused Hole-in-book who ran away, with the owner of the property Jamison in pursuit.

“Jamison apprehended Hole-in-book, charged him with eating the shepherd and his dog,” Ms Lamb says. “He tried to escape and Jamison shot and killed him.”

Closer inspection of the remains of the body which had triggered the alarm, revealed they belonged to an animal, not a human. “About three weeks later the shepherd turned up with his dog. He had just got lost in the bush,” Ms Lamb says.

She says the fact that Jamison was charged with manslaughter and the case went to court makes it shocking Wyatt never corrected the record. “In those days, they reported every single word that everyone said at a trial, which concluded something or someone had been eaten, and that Jamison was perfectly within his right to kill a suspected murderer. So, he was exonerated. That was the end of the matter. So, there was no cannibalism.”

A public meeting last week to begin planning for the Macquarie commemorations drew about 30 people, including from Collector and Bungonia.

“People very much agreed that the event needed to respect the Aboriginal population which was already here and to honour that as much as possible and this was more a commemoration, not a celebration,” Ms Lamb says.

She plans to write a play about Macquarie coming through Goulburn, as she did several years ago, recounting the early life of acclaimed Australian writer Miles Franklin, and focusing on the author’s relationship with the Goulburn people. At that time, fellow historians pointed out a desperate, overdue need for a history of Goulburn.

“Wyatt had written the history of the Anglican diocese, he devotes a lot of time to the church. The History Goulburn members have an enormous amount of information, a lot of it is in their head,” Ms Lamb says. “We need to think how that can be recorded.

“A lot of material is there for discussion. It is interesting to talk about these things, so people get a better understanding of history if you look at the way it has been looked at and understood.”

Denise Bourke - 8 hours ago
I was disappointed U didn't get my Lego joke ... There's more people who share your view .... But í know the frustration. View
News 19

David Reid - 10 hours ago
Do the words frying pan and fire come to mind. View
Lee McDowall - 16 hours ago
Good luck, it will be a big feat to improve this mess. Talk to the little people, not the hopeless politicians or their lacki... View
Food & Wine 65

Prianca Chowdary - 11 hours ago
Rama Gogineni and Kavya Kogantimaybe you guys should get this... View
Leonie Waldock - 13 hours ago
Rowena Tibbits This one..... View
Cassandra Jones - 16 hours ago
Emily Baggott your dream place! View
ACT Election 26

JC - 12 hours ago
The problem for the liberals with the swings you mention is that Hare Clark is used in ACT elections. Why this is a problem i... View
Christopher Cuba Rabanal - 16 hours ago
And be the party of 2020 to lead the capital. Instead your party is set back in 1960. With an antiquated outlook.... View
News 22

Ross Bryant - 12 hours ago
Why introduce a problem that we didnt have to have? Walking is safer and there are buses, trams and ubers/taxis to get around... View
Joe Zuzek - 13 hours ago
Darren Gerrard you get points for trying. View
Darren Gerrard - 14 hours ago
Joe Zuzek what if you put the scooter in the car View
Opinion 22

HiddenDragon - 13 hours ago
The emboldened Greens may well have some success in getting priority for social housing but, important as that will be for so... View
Sport 20

You've seen them around town - Neuron's unmissable bright orange e-scooters - and now they are being joined by Beam's...
ACT Election 26

@The_RiotACT @The_RiotACT
Ack Weyman was there every step of his son's league career, so it's fitting he'll also be honoured with a statue alongside Mick in Moruya https://t.co/Jx4esz2Mzl (2 hours ago)

@The_RiotACT @The_RiotACT
If you're driving to the coast, be prepared for more delays when safety improvement work is carried out west of McCardys Creek Road https://t.co/JtkZMJh3a5 (11 hours ago)

@The_RiotACT @The_RiotACT
Life is slowly returning to normal at @NatGalleryAus, with major renovations, a new art store & a fabulous exhibition about women artists adding to the offerings https://t.co/36yAvW1Us1 (12 hours ago)