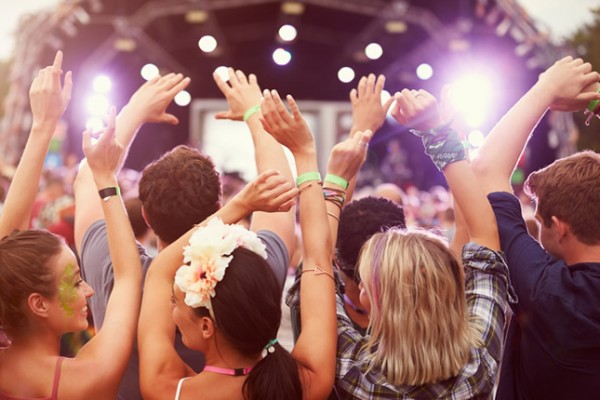 The ACT Government has announced that it will invest $108,000 over the next 12 months to strengthen the live music sector in the nation’s capital, fulfilling its 2016 election commitment.

The ACT Minister for Arts, Gordon Ramsay, said the Government will work closely with MusicACT to decide the best ways to use the money to ensure Canberra’s live music scene continues to thrive.

“Canberra is brimming with talented musicians and the funding will support a range of initiatives including capacity building programs in artist management, recording, touring, and promoting,” Mr Ramsay said.

“We want to encourage a dynamic culture and improve vitality in our city and this program is a step in the right direction to achieve this.”

Mr Ramsay said MusicACT was engaged because of its specialist knowledge and expertise in the live music sector and President Dave Caffery said the organisation was excited to be taking the lead on the project.

“MusicACT is the only unfunded peak-body for music in any Australian state or territory, so the funding was a long-time coming but definitely wasn’t taken for granted,” Mr Caffery said.

Mr Caffrey said the organisation plans to tackle many objectives, including key policy changes to support the live music sector, which includes opening up sound regulations so live music can be played in the CBD and changing the liquor act to make sure small music venues aren’t treated like “big, dirty clubs”.

“We have got a huge diversity of objectives to achieve over the next 12 months, things that we have already been working on very slowly as a volunteer organisation,” Mr Caffrey said.

One of the things that MusicACT will address over the next 12 months is music venues across the ACT, which is extremely limited. “The ACT isn’t able to play the diversity of artists that want to tour into Canberra or the artists that live in Canberra. We would like to see more venues opened,” Mr Caffery said.

Mr Caffery said the ACT had seen many venues close over the years, but the worrying trend is that Canberra hasn’t seen many new venues open. An even bigger issue for Mr Caffery is the lack of all-ages and youth concerts.

“It is unfortunately true that it costs a lot of money for a venue to put on a youth concert, whereas they would make money off an adult concert,” he said. “This is due to the fact that the music industry is typically stapled to the liquor industry.”

“We will continue to look at how to change that and increase the number of youth bands and youth concerts in the ACT.

“MusicACT will also aim to create support systems to guide the careers of all musicians, no matter their age or experience and we can’t wait to get started,” Mr Caffery said.

To find out more about the plans MusicACT has to improve Canberra’s live music sector, read through COOL LITTLE CAPITAL, an action plan for the development of music and cultural practice in the ACT.

Instead of spending the money to get music into the CBD, why not use it to encourage bands and music out in the Suburbs.

Suburban clubs rely on Pokie money to provide acts, maybe the ACT Government should encourage music in these outer suburban clubs without the need for Poker Machine revenue to pay for them.

ssek - 3 hours ago
More animals get hit during drought because the drainage next to roads is the only place there is green feed. When there is g... View
Karen Feng - 12 hours ago
is this an indication that we do not have enough land fornthe wildlife to thrive? theres this road from holt to Fyshwick that... View
Community 1

Brisal - 4 hours ago
If it helps to revitalise another of those dingy laneways then I'm all for it. Scoff if you like but if it ultimately turned... View
Heavs - 10 hours ago
This just in - Government is not responsible for handling advertising and marketing for private developer. More news at 6.... View
News 1

bj_ACT - 8 hours ago
It was always a bit funny when Turner residents were complaining about extra buses when whole swathes of suburbs lost their b... View
chewy14 - 8 hours ago
Honestly, is there anything more NIMBY than worrying about the "city coming for their neighbourhood" in an area less than 1km... View
HSewell - 9 hours ago
Good result View
News 3

wildturkeycanoe - 21 hours ago
I'm still waiting for surgery, almost up to my "expected" 365 days on the Category 3 list. This is after initially waiting fo... View
HiddenDragon - 24 hours ago
This year's Annual Rates Assessment Notices tell ratepayers that 31% of rates payments go towards funding the health system -... View
Opinion 110

Reno Minopoli - 24 hours ago
Clinton Berry which part of "Three decades’ population growth "needed" do you not understand? Kids that grow up replace tho... View
Capital Retro - 1 day ago
Well, I can't speak for everyone but I have certainly always "paid my own way". In the early days of SMSFs the deductibility... View
ssek - 1 day ago
The greens and pretty good economic plan are an oxymoron. View
Property 1

@The_RiotACT @The_RiotACT
ACT Labor may have presided over continuing poor hospital performance but the ACT AMA remains sceptical of Liberal plans to halve waiting lists and how they would attract more health professionals to Canberra https://t.co/tpWuDaGSYZ (23 minutes ago)