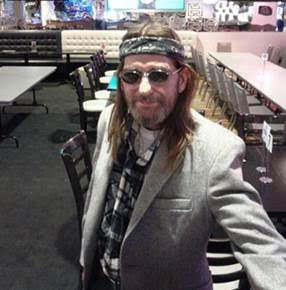 ACT Policing’s homicide team are focusing their investigations in the Andrew Carville murder case on two ACT resident suspects, a man and a woman, one of whom was Mr Carville’s housemate in Evatt.

Mr Carville (pictured) was last seen alive at his Evatt home at 9.30pm on 4 November 2015. His body was located in Majura on 19 November 2015. Family members were quickly ruled out as persons of interest in the case.

Police have today released a video re-enactment of an incident on Kuringa Drive in Fraser at 11.15pm on the night of November 4 last year and are seeking information from the public about the scene depicted.

“In particular, we are calling for witnesses travelling on Kuringa Drive in Fraser on Wednesday, 4 November 2015, between 10.45pm and 11.15pm who may have seen a 2015 orange coloured Holden Colorado utility and a 1986 cream coloured Toyota Landcruiser parked on this road,” said Detective Sergeant Parsons.

Detective Sergeant Parsons said the Landcruiser was related to Mr Carville’s housemate who was moving out of the house they shared in early November.

It was found dumped at Molonglo Gorge in mid-November last year and had been seen at Mr Carville’s residence shortly before his disappearance. The owner of the ute was subject to a number of forensic procedures at that time. 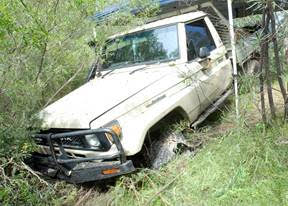 “The owner of that vehicle is now a suspect in relation to this investigation,” Detective Sergeant Parsons said.

Police have interviewed the male and female suspects.

“They’ve obviously not given any indication as to their complete involvement at this stage,” Detective Sergeant Parsons said.

She said police wouldn’t be releasing information about the cause of death at this time.

“It’s a key element in our investigation,” she said.

The response to earlier calls for assistance from the public had provided more than 40 pieces of information.

“We’ve been following up on all of those but we would reiterate our request for anyone who may have footage that may assist us to contact Crime Stoppers,” Detective Sergeant Parsons said.

Clare Jones - 22 minutes ago
Why say these are open when the two we've been to still have temporary fencing and one even still had a tractor inside the fe... View
Business 5

Tennis ACT - 2 hours ago
What a great achievement Snedden Hall & Gallop! View
Martyn O'Connell - 14 hours ago
the 333 bus painted up to look like the XPT View
Katy Did - 16 hours ago
I loved that tram when I worked in Civic View
Opinion 16

Rodney Thompson - 4 hours ago
Someone who actually deserves a payrise. View
Opinion 55

Ashley Wright - 4 hours ago
Chris Olsen actually Clinton was right. William Hovell drive had the limit lowered between Coulter Dr and Bindubi street beca... View
Tolga Altinbas - 6 hours ago
Because one is a roadwork sign. And the other one is always there on the pole View
Wang Chow - 8 hours ago
My guess is that they changed the speed limit in Chisholm/Richardson because its cheaper than putting in more speedbumps that... View
News 21

Darron Marks - 10 hours ago
"But in this world nothing can be said to be certain, except death and taxes" View
Alex Elliott - 16 hours ago
The ACT has many interstate cars using the roads. How does the Government propose to tax these or apply a levy to them so tha... View
News 4

Bill Gemmell - 11 hours ago
Additional well-located transport infrastructure is a plus. However, maybe they should be thinking about covering these with... View
Greg Batten - 14 hours ago
Great idea for both ACT light rail and bus networks. View
Ashley Wright - 15 hours ago
Justin Watson it is, the article has that a bit wrong as the “new” stop is at Sandford Street intersection about 1km away... View
Opinion 22

Julie Macklin - 13 hours ago
Many other countries don't have the unpopulated distances that we do. It's a different matter driving an electric car in Euro... View
Alex Elliott - 16 hours ago
Other countries have taxed petrol engine cars to encourage the uptake of electric vehicles which has resulted in their prices... View
Lifestyle 1

A 16-year-old charged with murdering an 18-year-old at a Weston skate park in the early hours of 27 September has...
Breaking 0

UPDATED 12:20 pm: The frantic efforts of neighbours and emergency services were not enough to save a 70-year-old woman who died...
News 21

As COVID-stranded travellers continue to return home, Canberra is doing its bit by taking two planeloads of returnees this week....
News 56

@The_RiotACT @The_RiotACT
A Canberra doctor has warned of lethal batches of heroin and cocaine, laced with the strong opioid fentanyl, may be coming to the ACT https://t.co/yFBx88mp77 (1 hour ago)

@The_RiotACT @The_RiotACT
Nurses are seeking a fair go while negotiating a pay rise from a government that undervalues their important role, writes John Thistleton https://t.co/s98zXUqxR1 (4 hours ago)

@The_RiotACT @The_RiotACT
Peter Papathanasiou's book about Greek families and secrets is heading for the small screen, with funding for developing the Canberra story https://t.co/UsxVpYrO2R (14 hours ago)