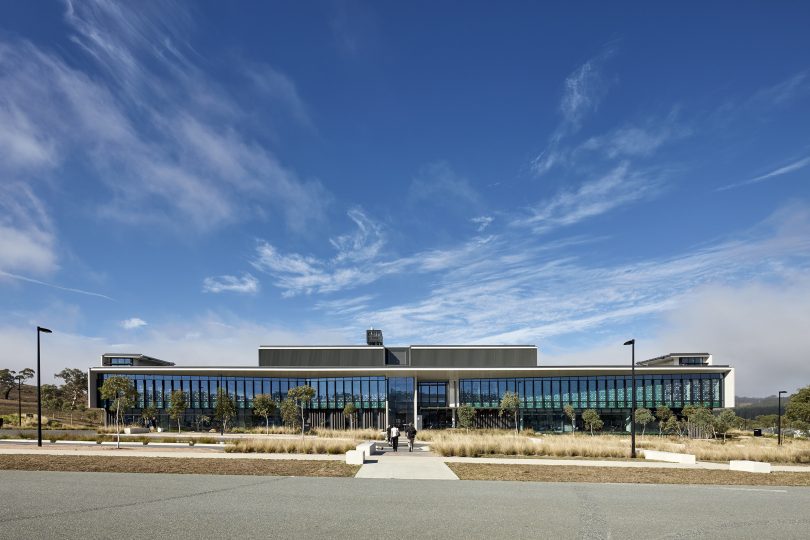 The Australian Federal Police’s leading-edge Forensics and Data Centre in Majura, designed by HASSELL, was awarded the Territory’s top architecture award at the Australian Institute of Architects’ 2018 ACT Architecture Awards at the National Gallery of Australia on Saturday night (23 June).

ACT Minister for Planning and Land Management, Mick Gentleman presented HASSELL with the prestigious Canberra Medallion for the AFP facility.

This project also took out the top honour in the commercial category, winning the John Andrews Award for Commercial Architecture.

Australian Institute of Architects ACT Jury Chair, Rob Henry, said that for the first time, the new AFP building brought together 200 experts in digital, biological and chemical forensics, weapons intelligence and fingerprint and facial identification into one complex. 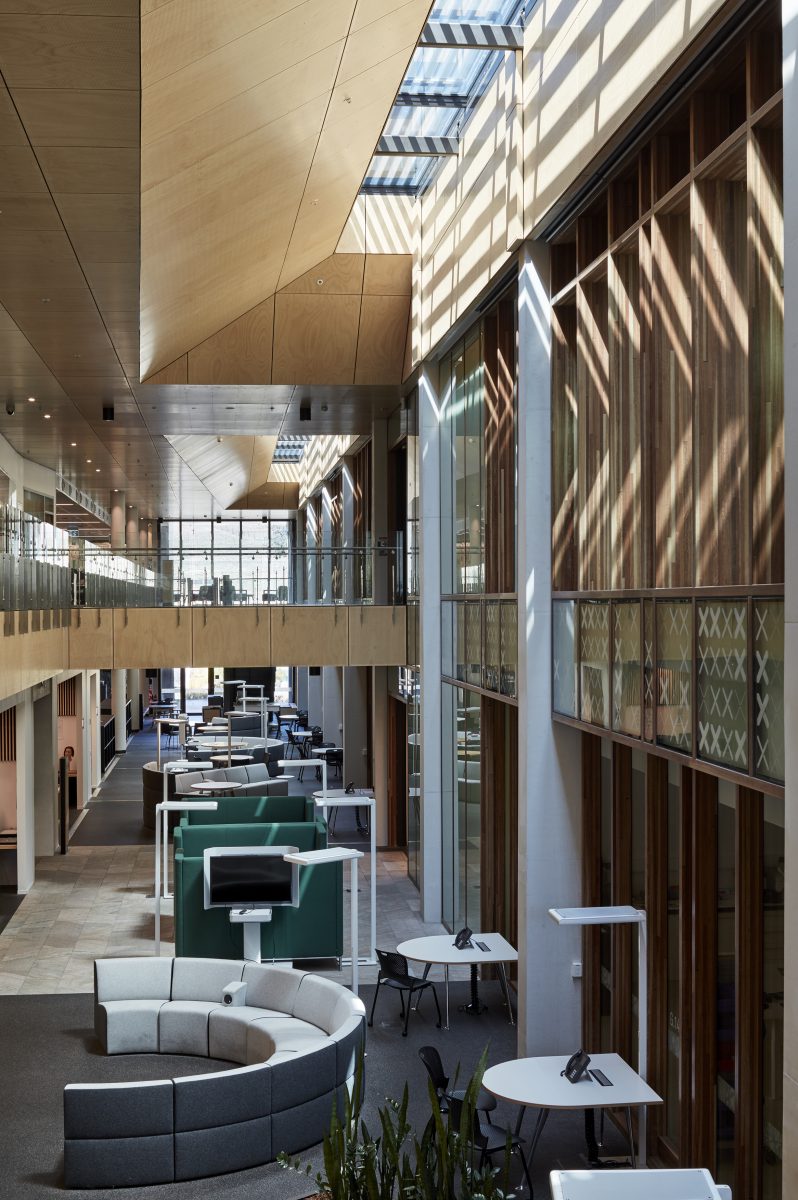 Inside the Forensics Centre: Generosity and openness.

‘This brief could so easily have succumbed to an explicitly defensive architecture. Instead, the Forensics and Data Centre extracts generosity and openness from a highly sensitive program to engender a collaborative and collegiate workplace and find a welcome ease of fit between organisation and built form,” he said.

ACT Chapter President, Philip Leeson, said a record number of entries in this year’s awards was a promising sign that Canberra homeowners saw the benefit of good quality sustainable design and that business leaders saw the return on investment achieved through architectural design.

“Many of the projects were commissioned by the private sector including a number of education buildings and several private residences,” he said. 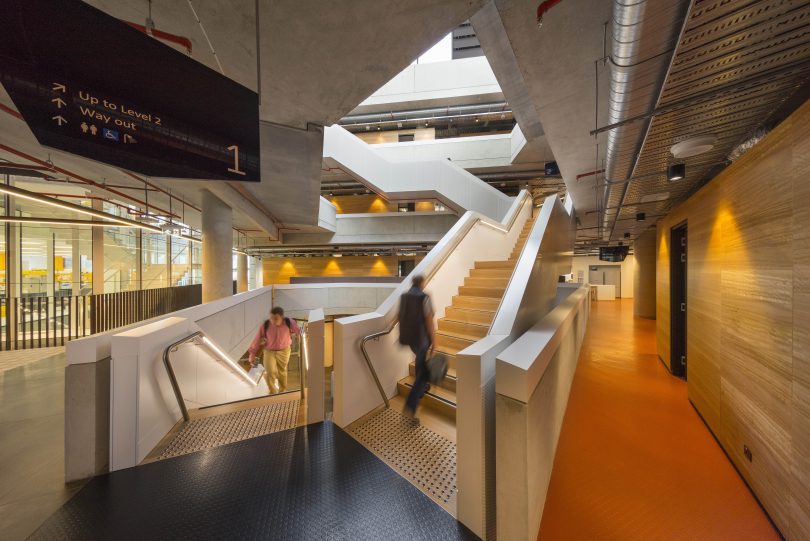 The CSIRO’s new Black Mountain research facility, Synergy, by BVN received multiple accolades, winning the sustainable and public architecture categories with the Derek Wrigley Award for Sustainable Architecture and the Romaldo Giurgola Award for Public Architecture, as well as an Award for Interior Architecture.

The redevelopment of Australia’s first fully enclosed shopping mall, Monaro Mall in the Canberra Centre, by Universal Design Studio and Mather Architecture, was highly acclaimed by the judges, receiving the JS Murdoch Award for Heritage, the W Hayward Morris Award for Interior Architecture, an Award for Commercial Architecture and the Robert Foster Award for Light in Architecture. 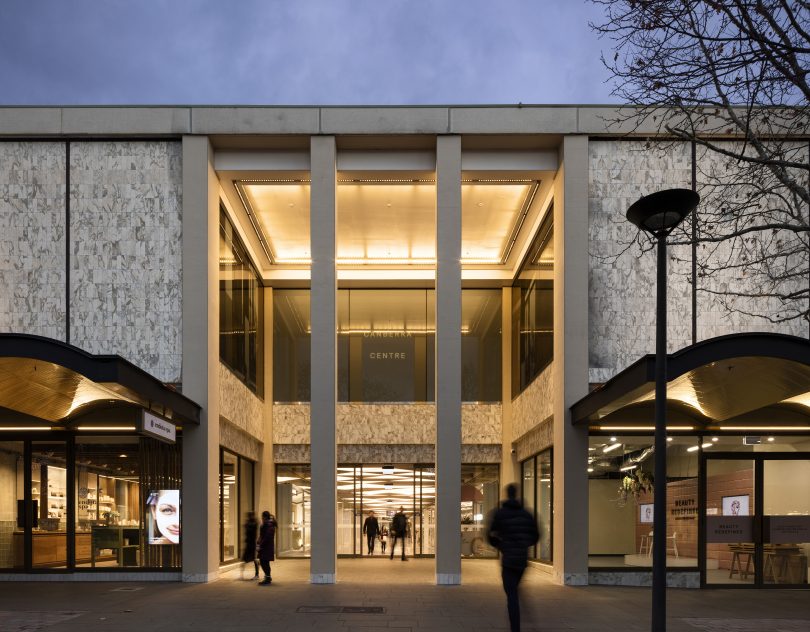 On the residential architecture front, Swan, by Collins Caddaye Architects, a bold home on a semi-rural property, seven years in the making, received the Malcolm Moir and Heather Sutherland Award for Residential Architecture – Houses (New). 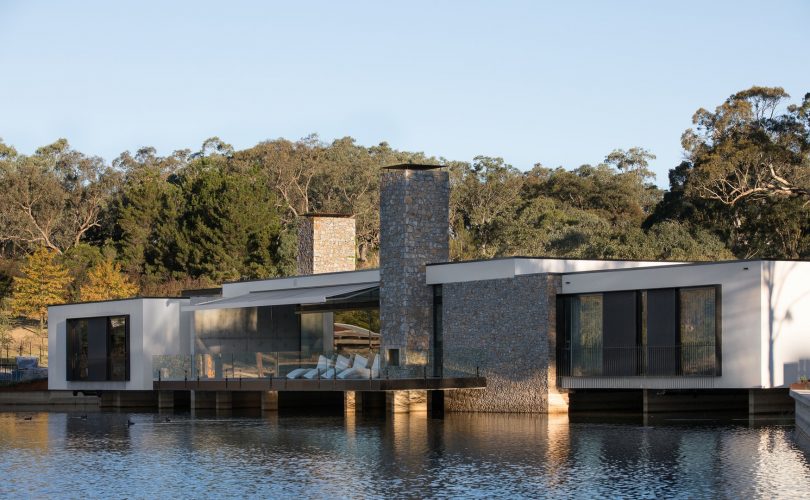 Residential winner Swan was seven years in the making.

The Emerging Architect Prize was awarded to Shannon Battisson from The Mill: Architecture + Design.

Robert Foster was acknowledged for his contribution to art and architecture through the Lifetime Contribution Prize.

A total of 38 Named Awards, Awards and Commendations were presented on the night from a record field of 58 entries. Named Award and Award winners will now progress to the National Architecture Awards to be announced in Melbourne on Thursday 1 November 2018.

Daniel Palmer - 50 minutes ago
Minus the fires, has me stumped why. View
The Garden, botanicus perfectus - 4 hours ago
Ann Gottaas View
Dee Small - 4 hours ago
Saw a young one on the O’Connor ridge yesterday... View
Lifestyle 16

Naimad Doowneerg - 5 hours ago
Bernard Miller not sure what you mean by "shear (sic) volume of adverse events and deaths". According to the TGA There have b... View
Garvin Francis - 5 hours ago
Nada Krstin So here’s totally what wrong with this whole anti vaxx, anti mask, anti lockdown argument. Its not about believ... View
Deborah Gale - 11 hours ago
Nada Krstin The vaccine gives protection and greatly reduce the likelihood of serious disease which is great. But children wh... View
Opinion 3

@the_riotact @The_RiotACT
Have you been shocked by your latest #electricity bill? One Bonner resident saw her last quarterly #bill soar $1000, and she's not the only one https://t.co/0fib4XxA9r (49 minutes ago)