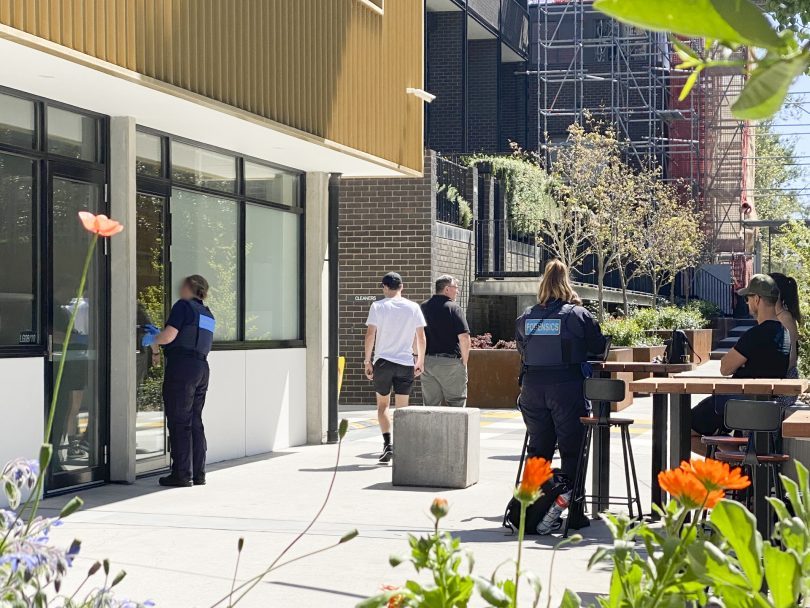 Canberra has recorded a spike in commercial aggravated burglaries, with more than 40 in the past month.

From 7-24 September, 2020, there were 30 aggravated burglaries of ACT businesses, with a further 11 from 24 September until 7 October.

Detective Acting Superintendent Mark Steel said ACT Policing and the community have to work together to reduce crime.

“The community can be assured we’re working hard to bring offenders before the court,” he said.

“I want to thank the community for their information, and businesses which have been assisting by ensuring they have done everything they can to secure their premises and increase safety measures.”

ACT Policing has also shared intelligence with NSW Police regarding several people suspected of being involved in aggravated home burglaries who may have travelled interstate.

Detective Acting Superintendent Mark Steel recommended the community be vigilant when it comes to home safety following a number of incidents where offenders have targeted vulnerable people, including the elderly.

“Offenders can enter through doors that are unlocked and windows that are left open so they can take items and get out before being noticed,” he said.

“Of the burglaries ACT Policing is investigating, we have noticed offenders targeting homes to find keys to steal cars as well as property, including wallets, cash, phones, tablets and jewellery.

“However, the community can have confidence that our efforts to put offenders before the courts and investigate other reports has had an impact in reducing these incidents.”

Anyone with information that could help police in ongoing investigations into commercial and home burglaries is urged to contact Crime Stoppers on 1800 333 000, or via the Crime Stoppers ACT website. Information can be provided anonymously.

It’s a couple guys probably recently released from jail, the police would know who is doing this

Let’s be clear. ACT has the highest rate of recidivism in the country, lowest rate of crime solving, a chronically overcrowded jail, and we’ve been using “community corrections” (ie, free range crims) for a few years now (Thx Corbell!)… and anyone is surprised by this crime wave?

But hey, we’re all responsible for ensuring our own security. Not the police, not the courts, not the pollies. Nup, Barr has outsourced personal safety.

There would be many people in the ACT that would prioritize so called Thought Criminality over real criminality.

There would be many people in the ACT who would prioritize stamping out so called bigotry over stamping out home invasions, robbery and assaults.