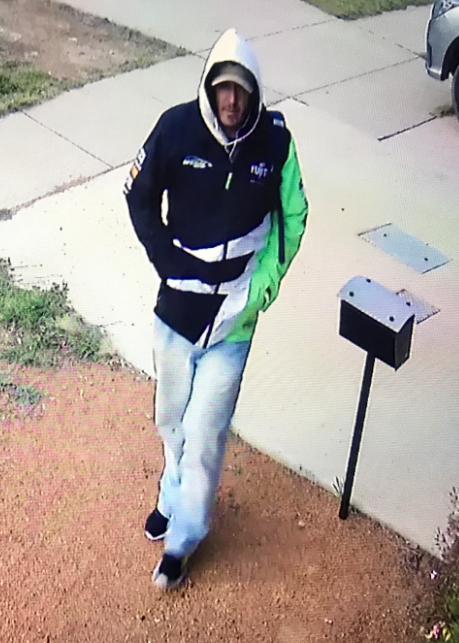 ACT Policing has released this photo of a man wanted in relation to an aggravated burglary at Bonner. Photo: ACT Policing.

ACT Policing has released new images of a man wanted in connection to an aggravated burglary in Bonner in July.

At about 5:00 pm on Thursday, 16 July 2020, ACT Policing was called to an incident in Essie Coffey Street in Bonner.

It was reported that a man entered the residence at around 4:55 pm before threatening and making demands of the resident.

The victim did not sustain any physical injury during the incident.

The offender is described as being Caucasian in appearance, in his 30s, with a medium build and around 185 cm tall. 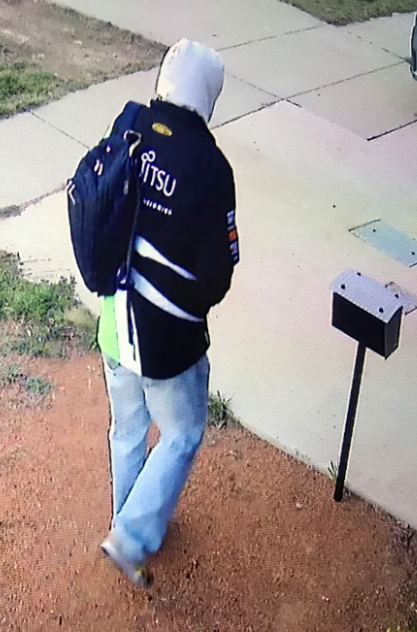 He was wearing grey tracksuit pants and a black, white and green jacket. The man was also wearing a beige baseball cap under a grey hood, sneakers and was carrying a blue backpack.

The images were captured on the residence’s CCTV footage and the man was last seen walking east on Essie Coffey Street towards Roy Marika Street.

ACT Policing is urging the man pictured, or anyone with any information about his identity, to come forward and speak with police.

If you have information which could assist police you should contact Crime Stoppers on 1800 333 000, or via the Crime Stoppers ACT website. Quote reference 6577132. Information can be provided anonymously.