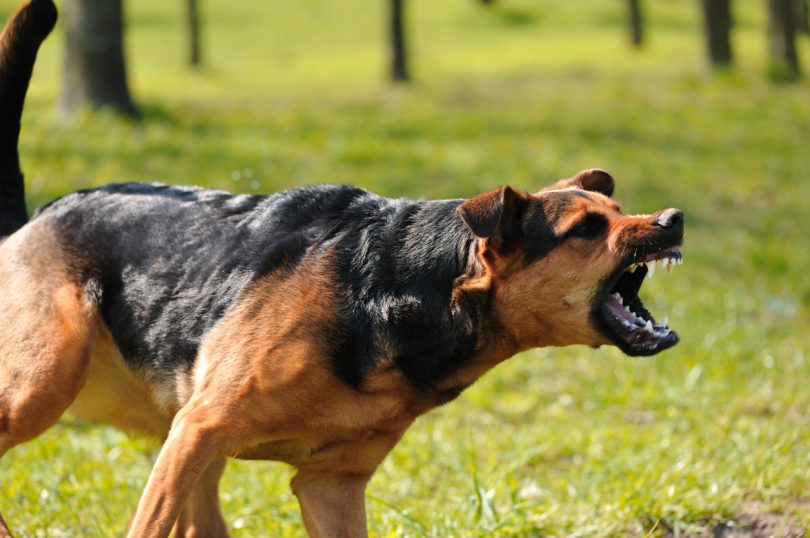 Eight cases of dog attacks reported over the weekend in the ACT.

All eight cases are currently under investigation with four of the cases occurring at ACT dog parks.

Since 1 January to 8 May 2018, the DAS has seized 71 dogs in relation to dog attacks, prompting the Director of City Presentation with Transport Canberra and City Services, Stephen Alegria, to issue a warning to owners to take more responsibility.

“It is every dog owner’s responsibility to ensure their pets are appropriately socialised, behaved, monitored and under effective control at all times,” he said.

“All dogs can be unpredictable and have the capacity to be aggressive and dangerous if they are not managed appropriately.

“Most dog owners do the right thing, however, all owners need to take responsibility,” Mr Alegria said.

In December 2017, the ACT Government introduced new legislation to help protect the community from dangerous dogs and to hold irresponsible dog owners accountable.

After the recent spate of dog attacks over the weekend, the ACT Government is reminding residents with dogs to be responsible pet owners.

“At the ACT’s six dog parks, users are reminded to use the appropriate small or large dog enclosure, to keep their dog under effective control and remove them if they become aggressive or bother other dogs,” Mr Algeria said.

“Dog parks are not the place to take poorly trained or unsocialised dogs.”

DAS investigates all attack and harassment complaints and considers all of the circumstances leading up to and during an incident.

Where a ranger identifies an attack has occurred, the attacking dog is seized whilst an investigation is undertaken. Dogs that are found to be at fault may be released on Control Orders or declared Dangerous with strict conditions imposed.

In more serious circumstances, where there is an unacceptable risk to public safety or other animals, the dog may be euthanised.

Advice and tips on Responsible Pet Ownership and using dog parks can be found at www.tccs.act.gov.au

All dog attack complaints should be reported to DAS via Access Canberra on 13 22 81. If an attack is in progress, the community is urged to contact ACT Policing on Emergency Triple Zero (000).

Dogs that attack people or other dogs should get the needle. They are beyond help and it would teach the owners a hard lesson. I can't believe how soft the ACT is on dog attacks. I know the legislation has been strengthened but it still doesn't seem to be sinking in with irresponsible owners.

I'm upset every time I hear a story like this, but as a dog owner my response is always the same - if you cannot or will not take responsibility for the training, behaviour management and handling of your dog don't get a dog. It is not a breed issue - any dog may become dangerous / aggressive in a stressful situation and it's up to us as dog owners to train positive behaviours and recognise a potential issue and remove them from the situation before it escalates.

I don't know how many times I've heard a dog owner, walking their dog off leash say, "oh but my dog is friendly". Then watch this said friendly dog attack a leashed dog. Not cool and ignorant. We always walk our dogs on lead - which is the freakin law I might add. As for dog parks, don't get me started!

There are plenty of unfenced off leash areas in Canberra. One of the great things about this place.

But it's never ok to let your dog run up to a leashed dog.

Lin Van Oevelen no it's not. I'm okay with dogs off leash, if their owner is able to call them back when or if necessary. Too many owners have little control over their dog and that is a problem.

Please be careful of our darling boy Skye Rutherford, tell Matt about it please.

People need to get educated about dog body language and psychology so they learn when dogs are signalling discomfort or bullying behaviour. I teach this to all my puppy class attendance. I reccomend people watch the great dog productions YouTube channel for the at the dog park series which teaches people how to read inter dog behaviour

This is a great point

If you know what to look for, you can de escalate and distract long before the growling starts

Yep and also I watch the human dynamics in these spaces.

You get the people that don't walk there dogs anywhere else so the parks become places of hyper excitement and the dogs go to the same space every day so they start to get territorial about it.

You get the owners that go and just play on there phone and ignore the dog while it runs amok or you get the people that go to gossip and they all mill around in a bunch which causes the dogs to bunch up.

Through Canberra Puppy play dates group we work on a walking circle and try to keep the dogs having momentum when we all meet up.

The same goes for the people that go and just throw one ball for a dog in a large group of dogs it creates resource guarding aggression behaviours.

I find that the dog owners are worse than the dogs sometimes in terms of how they manage their dogs!

Dog parks made my dog's reactivity to other dogs much worse. And the main reason was dogs ignoring her body language completely (i.e. being rude) and the owners being either completely oblivious of it or - usually only after it started escalating - making a piss poor effort at controlling their dogs and then just giving up when they ignored them.

I'm ok with my dog now not wanting to socialise with dogs she doesn't know. I can manage it. But I avoid dog parks like the plague.

We're fortunate in Canberra that we have lots of unfenced off leash places. We use them daily without any issue.

Yes I can understand your frustration I watched a family the other day with a spoodle thing - it was asking for space from some bossy dogs and they ignored its insistence for help so the dog went to bite to really reinforce the other dogs to leave it alone and then the daughter started screaming at her dog to stop and then the father struck the dog and dragged it off a Meter away then told it off and let it go again. The other dogs backed off and left them alone not because they learnt to leave the spoodle but they wanted to avoid the humans :(

Not stupid just ignorant to trying to understand how animals communicate. It's also bad that we are so busy with work and our backyards are smaller and we are more crowded in on top of each other and we reward and excite our dogs and don't lead them well.

Come on some of them are stupid too 😉😂

This is why I refused to take my dog to dog parks. A good walk everyday he was happy..

Dwy Jago - 5 hours ago
Now where do you look when your car is stolen? View
Opinion 98

Ghanaian Aussies - 5 hours ago
Tom Munro Bullying someone who identifies differently to them is what I am talking about. This is not a fair go for all. So i... View
catder - 9 hours ago
Bethany Williams your post exposes you as a hypocrite that knows nothing. We know there are members of the Libs who are conse... View
Jeff Smith - 9 hours ago
Too right Vanessa Jones, ACT Labor powerbrokers and former ministers have highlighted how the party targets spending on certa... View
News 9

Bianca Rossetti - 7 hours ago
Sadly it to access the chronic pain clinic it is over a year wait!! View
News 6

Jeff Smith - 11 hours ago
Peter Bee Yes too true, my nephew used to get a bus to his apprentice job in Phillip that took around 20 mins, now under the... View
JS9 - 12 hours ago
That is a lot of money to deal with 50 electric buses. $260K per bus..... that's probably another 50% on the upfront cost of... View
Peter Bee - 13 hours ago
Tom Adam . Indeed being a bit smart. The bus service is not what it should be. View
Property 5

theroundone - 13 hours ago
“This is absolutely not gang-related. I’ve not seen any information or evidence to say that this is gang-related,” Det... View
Business 4

ACT Policing is investigating an altercation between two groups in the early hours of Sunday morning (27 September) that resulted...
Opinion 98

Andrew Barr faces the forthcoming ACT election with both anticipation and a mild degree of frustration. Anticipation because he's confident...
Food & Wine 29

@The_RiotACT @The_RiotACT
Aesthetically beautiful & endlessly practical, this home for sale in leafy Campbell has been extensively renovated to make it a perfect family home https://t.co/Y8y7R8Kl6g (2 hours ago)