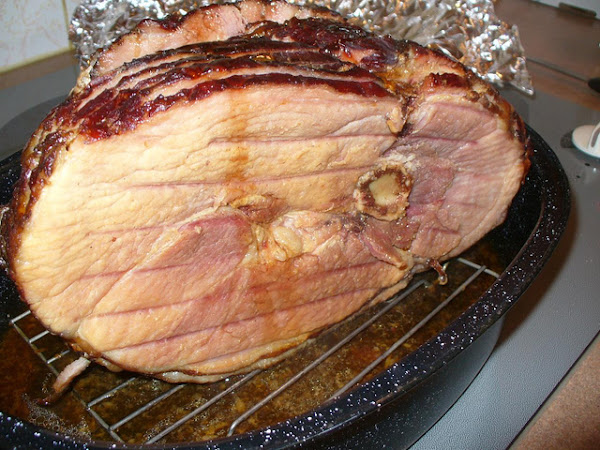 Australian Ham Week (3 – 10 July) is a celebration of Australia’s best, and recognises that the best hams are made from 100 percent Australian pork meat – rather than the 80 percent of hams sold here that are made from imported frozen pork.

Every week 2,600 tonnes of subsidised, foreign pig meat worth $10 million dollars arrives on Australian docks from the US, Canada, and Denmark, destined for local small goods makers.

Most Australians agree that when it comes to produce, Aussie is best. Being ‘girt by sea’ with strict quarantine laws means that homegrown is fresh, healthy and safely grown. We are the lucky country… or were.

But Australia’s vague and ambiguous labeling laws make it confusing for consumers to make a simple informed purchasing decision to identify 100% Aussie ham.

Australia’s pig farmers have responded with their own label, the Australian PorkMark label. This hot pink, fail-safe identification sticker allows consumers to easily identify products made from 100 percent Australian pork, produced in line with Australian health and safety practices.

“Our research shows that 95 per cent of consumers want to ‘buy Australian’ if they could identify it. Current labelling for ham and other smallgoods products can be misleading, or at the least, confusing,” says Andrew Spencer CEO of Australian Pork Limited (APL), the nation’s representative body for pork producers. “For example ‘Made in Australia’ does not mean the product is made from Australian grown pork, only that it has been manufactured here. But the pink PorkMark clearly distinguishes the Pork as being made from Australian pork – from God’s country, not God knows where.”

In celebration of Australian Ham Week, the 2011 National PorkMark Ham Awards for Excellence are announced. The Awards acknowledge the winners of the nationwide quest to name the country’s very best Australian ham. What better time to bring some cozy Christmas in July cheer to the table. With 121 Australian hams registered for judging for the Awards for Excellence, the judging criteria for both traditional bone-in and boneless hams includes a variety of factors including appearance, texture, aroma and of course, taste.

Darren Simmons of Simco Meats in Macquarie was awarded first place in the state for his entry in the boneless category, while Cameron Fenson of Meatways Butchery in Kambah took out first place in ACT for his traditional bone in leg ham.

To date, there are over 318 butchers and smallgoods producers licensed to carry the Australian PorkMark on their product. Since the inception of Australian Ham Week in 2010, the number of licensees nation wide has increased by almost 40 percent, indicating the growing push from the Australian public to buy local.

And the state winners are:

* The judges comprised fleishmeister Horst Schurger, who has a Master’s degree in Butchering and Smallgoods from the Master College in Mönchengladbach Germany and two chefs, Paul McDonald and Simon Bestley. Between them, McDonald and Bestley have broad international experience working in Michelin starred restaurants, cruise liners and premier teaching institutions.

Hands down for the best cut and local produce would be butcher shop in Dickson. From what I recall is they have their own local farm some where nearby.

Won’t somebody PLEASE think of the children!

Could you PLEASE stop including clips from The Simpsons – the show that poisoned the minds of a generation – in with your stories? Especially not from that absolutely woeful, politically correct Lisa the Vegetarian episode. This should be a serious news site, not a cesspit of animation pornography.

Not the ham specifically but I can vouch for Kambah Meatways Butchery in general. As a regular patron I attest that their meats are consistently of a high quality and their marinated meats are also quite delicious. They have wide selection of award-winning gourmet sausages too.

So has anyone tried any of these hams?

Brent Hutch - 2 hours ago
Simon Lynch I'd suggest you need to go check your own facts first champ. Based on your thinking, the ACT should ignore fires... View
rationalobserver - 16 hours ago
3 points; No sane person would raise the topic of Defence force help in the same breath as raising the possibility of a law s... View
Simon Lynch - 2 days ago
I'd check the facts first Kerry. At the time there was no fire in ACT and yet your wonderful Administration hired the helicop... View
News 31

Karin Foxwell - 15 hours ago
Frank Valzano hear hear! As an Art Therapist working with veterans with PTSD I can only imagine how that sort of money could... View
David Stephens - 17 hours ago
But if your head is in the sand you might come a nasty gutser. Moving on has its drawbacks. View
Smackbang - 21 hours ago
What a coincidence - your opinion is also irrelevant, and yet here you are offering it. View
News 1

@The_RiotACT @The_RiotACT
Our latest newsletter has all the top stories of the week wrapped up, from the return of COVID-19 to articles about black cockatoos, Tik Tok clips & controversial rock art https://t.co/PHRxmoBngx (6 hours ago)