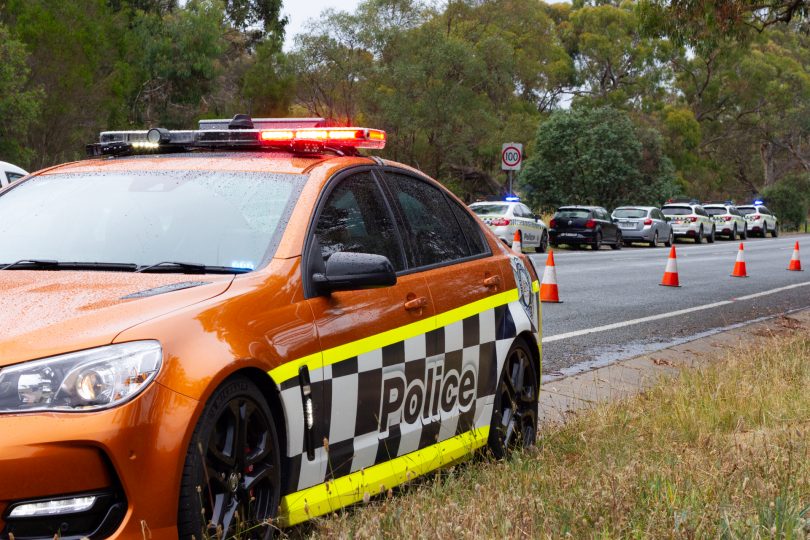 Police are warning drivers to take extra care after a P-plater was caught driving at high speed on one of the ACT’s busiest roads. Photo: File.

A 17-year-old provisional licence holder has been hit with almost $2000 in fines and has lost six demerit points after using the Barton Highway “as a racetrack”.

The young driver, who had held a licence for just a few months, was detected travelling at 137 km/h in an 80 km/h speed zone on the Barton Highway.

At about 3:20 pm yesterday, Monday, 14 March, officers in an unmarked ACT Road Policing vehicle caught the speedster and handed out a traffic infringement notice for exceeding the speed limit by more than 45 km/h.

The driver was fined $1841 and will accrue six demerit points.

ACT Policing said it was a good reminder for all road users to obey the speed limits.

Superintendent Corey Heldon from Road Policing and Emergency Management and Planning said this driver’s behaviour was particularly disturbing given their lack of experience behind the wheel.

“This driver has only had their licence a matter of months and has decided to treat the Barton Highway as a racetrack,” Superintendent Heldon said.

“There’s never any excuse to speed, and this inexperienced driver doing so on one of Canberra’s busiest roads was putting lives at risk with no margin for error.

“There’s very little time to react to other drivers at that speed, meaning one small mistake can very quickly turn into a situation that can seriously injure or kill someone.”

He didn’t loose any demerit points. He incurred demerits.
When you lose something you no longer have it.
If you already incurred some demerits and then could lose them by doing 137 in an 80 zone it could end up being a popular way of retaining your licence.