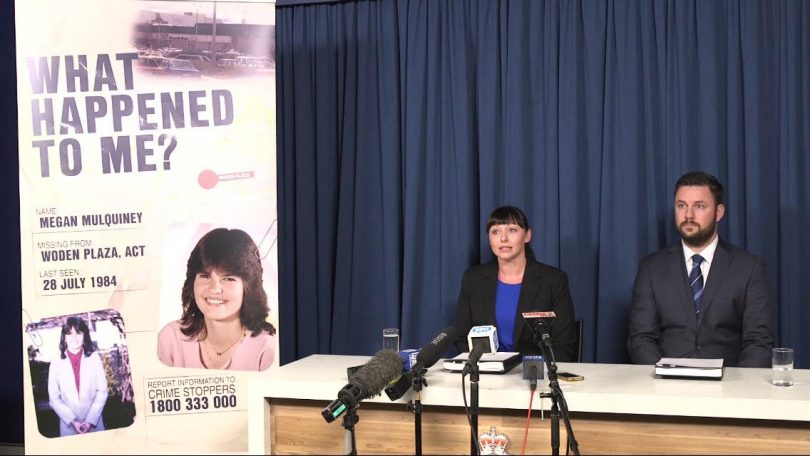 It has been more than three decades since 17-year-old Megan Mulquiney was last seen outside Woden Plaza, but ACT Policing have now made a breakthrough in one of the Territory’s longest-running missing persons cases following the death of their prime suspect.

Almost exactly 34 years after Megan’s disappearance, police today issued a fresh appeal to the public after a number of people had provided them with new information about the case.

Police now believe the primary suspect – convicted sex offender Paul Vincent Phillips, who died in April – did not act alone. They revealed that Philips had spent the majority of his adult life behind bars for a series of violent sexual offences on young women.

Senior Constable Patrick O’Brien said police believed there were people out there who knew what had happened to Megan and called for anyone with information to contact Police directly via a dedicated mobile number 0457 844 917.

It has been more than three decades since Megan Mulquiney was last seen outside Woden Plaza, but ACT Policing have made a breakthrough in one of ACT's longest-running missing person's cases following the death of their prime suspect. If you have any information about her disappearance, call Crime Stoppers on 1800 333 000.

“We believe there are people in the community who do know the circumstances of Megan’s disappearance or may be able to assist us in our investigation,” Senior Constable O’Brien said.

“It may be that those people carry a significant burden, whether they know the whereabouts of Megan or the circumstances, we implore them to come forward and speak with us.”

Detective Senior Constable Emma Beere said the 2009 inquest into Megan’s disappearance had determined it “extremely likely” that she met with foul play.

“The investigation into Megan’s disappearance did not die with Paul Vincent Phillips and we will continue in our search for answers.” 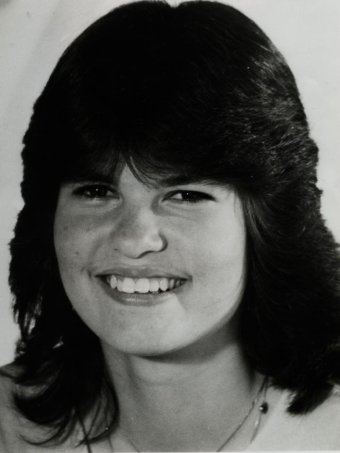 Megan was 158 centimetres tall, with straight, dark brown hair. When she went missing she was wearing a black corduroy jacket and skirt, a pink and grey checked blouse, black leather flat-heeled shoes and purple stockings.