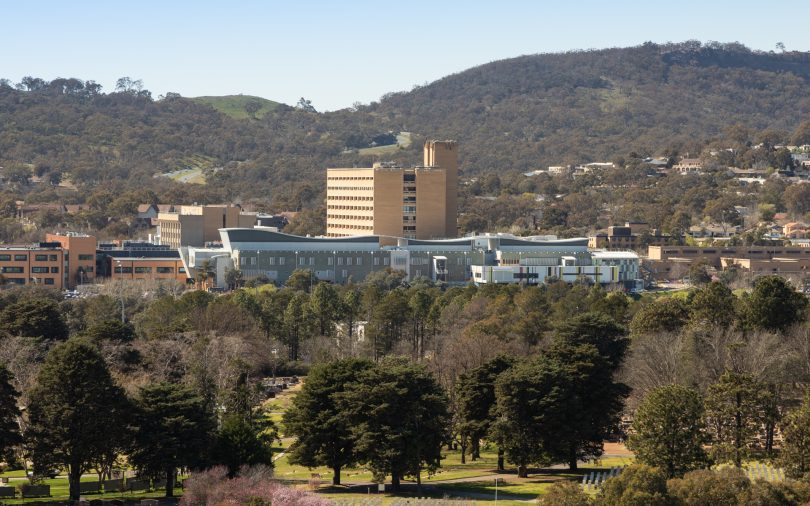 The most recent Canberra Health Services workplace culture survey has shown the organisation’s culture has begun to change for the better as some staff members were shown the door.

In fact, they’re the best results for the survey in 15 years, Canberra Health Services chief executive Dave Peffer told staff in an email, with reports of bullying down by 18 per cent.

But it came with a warning.

Despite seeing a “marked reduction in team members experiencing bullying, harassment, discrimination and favouritism in the workplace … the fact we have team members facing this at all is not OK,” the email read.

There is more work to do, Mr Peffer said, and any staff members who yell or talk down to their colleagues or make racist or sexist comments to anyone at work – should “dig out the job classifieds”.

“We’ve parted ways with some team members because of some long-standing behaviour in recent weeks. And the focus is intensifying into the new year.

“Everyone in our team deserves to feel safe and valued at work – it doesn’t matter where you work in this organisation, or how senior or influential, it applies equally to you, as it does to me,” the email read. 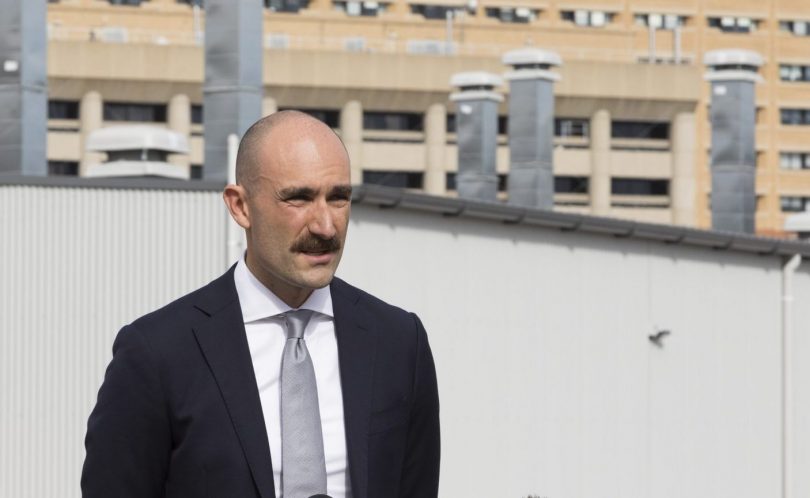 Staff engagement with the survey is also up, the email read.

Improving the workplace culture of the ACT public system, which has consistently been plagued by reports of bullying, particularly by senior staff, has been a long-time coming.

Earlier this year, Mr Peffer publicly said he would not be afraid to remove people from the organisation if they were acting inappropriately and a staff member’s seniority would not protect them.

“It’s line-in-the-sand time, and it’s about actually taking action against those who don’t exhibit the values and behaviours we expect to see,” he said.

He made these comments after the release of the second annual review into workplace culture across the entirety of the public health system.

This review showed that while reform was underway and instances of bullying or inappropriate behaviour had decreased at ACT Health and Calvary Public Hospital, little had changed at Canberra Health Services.

One survey respondent said, “known perpetrators [of bullying] are still in their positions”.

Another survey, which the government was forced to release the results of in early 2020, showed two-thirds of public health staff across the system did not trust their bosses.

Late last year, health authorities blamed the pandemic for the delays in implementing over a dozen measures intended to address shortcomings in the organisation’s culture.

The damning 2019 workplace culture review found 12 per cent of staff had been subject to physical harm, sexual harassment or abuse, and more than half of these incidents were perpetrated by a colleague.

Several wide-ranging recommendations were made following the initial review, all of which were accepted immediately by the ACT Government.

By the latest review point, eight recommendations had been completed, and significant progress had been made on the remaining 12.

Health Minister Rachel Stephen-Smith told the Assembly in November she was “pleased” work had begun, but cultural change takes a long time, and work would need to be ongoing even after all the recommendations had been implemented.

So now these perpetrators resign, move to another health service, and continue their behaviour. Unless some formal action is taken against them, no-one will ever know their history. Waste of time – just more churn in the nation’s health system.

Usual scenario is perpetrator gets called into the office and is told “You’ve been found guilty of blah, blah and blah. We can terminate you, which would be on your permanent employment record and you would be unlikely to be hired by a government entity again.”

“However, we have decided to let you resign so you can be rehired by the ACT Government, saving us from doing any real work if we did terminate you. Now off you go you silly scallywag”.

Many government departments are like this. Too often, the bullying comes from people in higher positions where it is very difficult to prove.

Carmel the winds of change – call me a little more than sceptical 🤨🐂💩known perpetrators still in their positions!

Lets hope this is a positive change 😊, my cousin (who has a sick husband) has had problems with staff.

Amazing what can happen when you don’t sweep things under the rug.

Its a good START…now keep this going.

Good to see bullies being shown the door 👍🏼✅

I have so much doubt about this survey…🤔

I really hope this is the case. I have never worked in such a toxic workplace other than Calvary. Don’t know what it is about ACT hospitals

Deb Champion its in all hospitals these days

Dave’s all over this. Walks the talk. Star player.