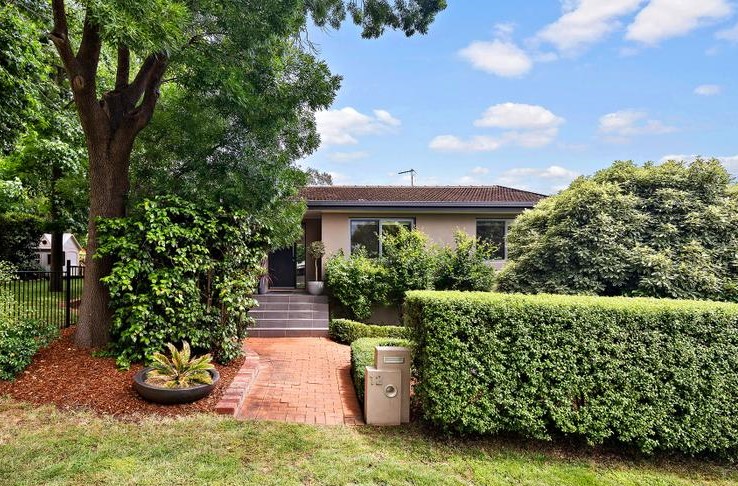 The million-dollar house has been cemented as the new median price benchmark in Canberra while increasing demand for units and townhouses is driving that median to the $600,000 mark.

While January traditionally provides a slow start to the year with many people on holidays, the latest monthly data from CoreLogic shows that Canberra still managed a 1.7 per cent increase in prices for all dwellings, with houses up 1.8 per cent and units and townhouses up 1.3 per cent, down from December’s big 2.1 per cent jump.

The overall dwelling price has jumped 25.5 per cent in the past year, including a massive 27.8 per cent for stand-alone houses, with units and townhouses rising 17.1 per cent.

Over the quarter, house prices rose 3.7 per cent, with units not far behind at 3.2 per cent. 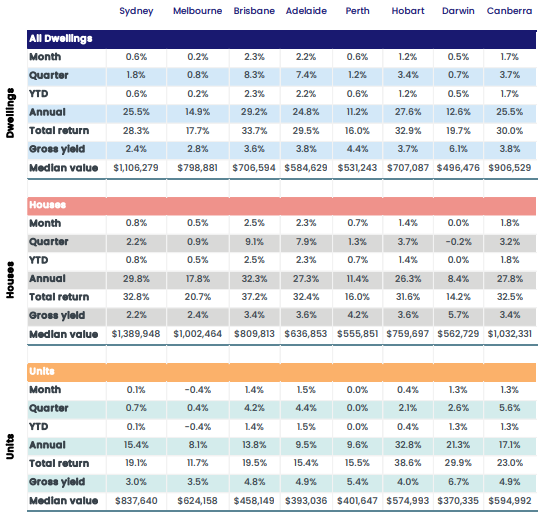 CoreLogic said the difference between the national median house and unit value reached a new record high of 28.3 per cent in January, which may mean demand leans towards the more affordable medium-to-high density sector of the market.

There were only 27 properties sold at auction last Saturday for a still-high clearance rate of 79 per cent, but February will give a better indication of sellers wanting to capitalise on the demand, particularly for houses, which are in short supply, especially in the inner north and south.

The top two results were in Narrabundah and Curtin, but the rest of the top 10 were dominated by houses in the outer suburbs in the north and south. All bar one went for over a million dollars, and the lowest result was $960,000.

Independent real estate agent and auctioneer Andrew Potts said it was probably too early to make predictions, but indications were the market was picking up where it left off last year.

He said there was still strong demand for houses despite the surging prices, but the increased attention being paid to apartments and townhouses that started after COVID hit looked to be continuing as some buyers switched their focus to more affordable properties.

“I’ve had a couple of apartments on the market that have had really strong enquiry levels, and a few of my colleagues are the same,” Mr Potts said.

The strength of some results for apartments had also surprised him. 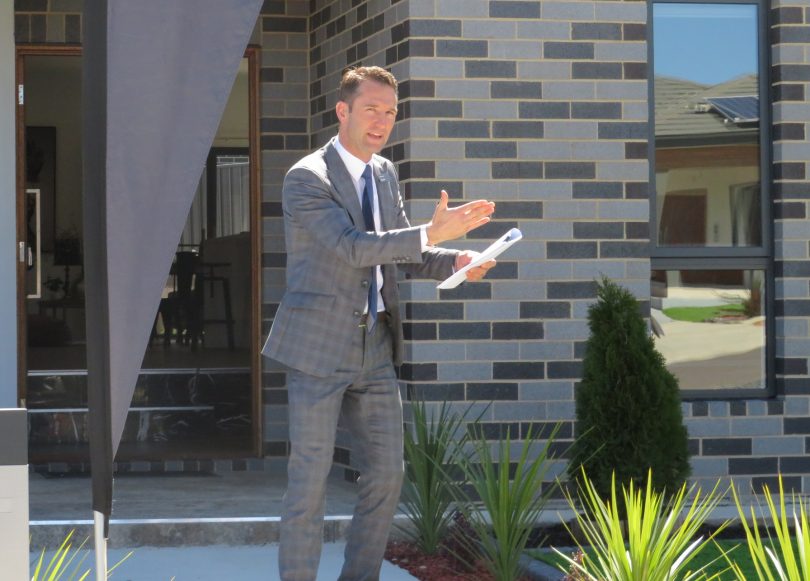 Real estate agent Andrew Potts: “Now the volume is starting to come back, once we get back to normal numbers of opens and auctions, that will be the bigger test.” Photo: Independent Gungahlin.

Mr Potts said auctions continued to have strong clearance rates and the signs were good with open house numbers and registrations.

He said the market would probably get into its stride this month with more listings being prepared to come on to the market.

“Now the volume is starting to come back, once we get back to normal numbers of opens and auctions, that will be the bigger test,” Mr Potts said.

He believed most buyers had already factored in an interest rate rise to give themselves a buffer.

CoreLogic said overall that the pace of price growth was slowing, which may be assisted by more listings, growing affordability constraints, tighter credit availability, rising interest rates, and potentially an increasing level of caution among buyers wary of buying close to a market peak.

But Canberra, with its strong government employment base, may simply transfer house price growth to the more affordable options.

The national capital and Brisbane are now recording the fastest rise in rents.

CoreLogic said the stronger rental growth in these two cities reflected an imbalance between rental supply and demand, especially for houses, where rental growth has been higher than across units.