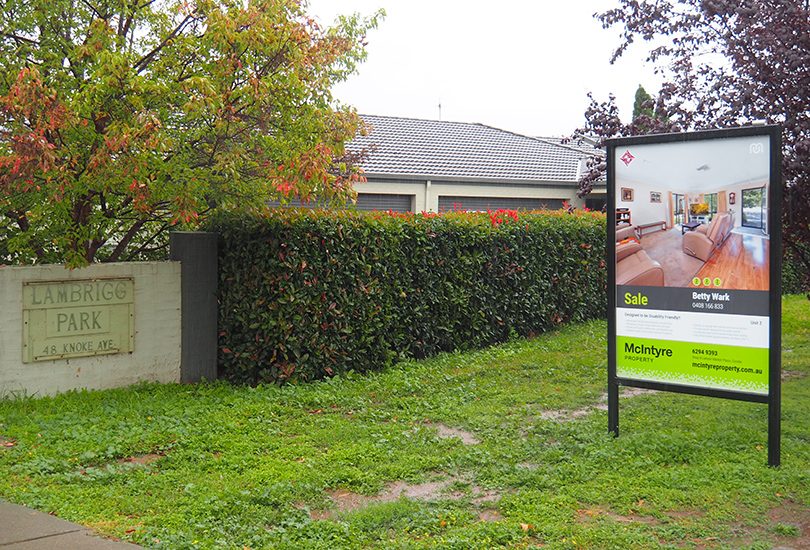 Still strong: the growth in Canberra home values was only behind Sydney and Melbourne for the quarter. Photo: McIntyre Property.

Canberra house values continued to rise over March, finishing the quarter the third-highest performer in the country behind Sydney and Melbourne as the shadow coronavirus began darkening the property horizon.

According to the latest CoreLogic data, houses in Canberra rose 0.7 per cent in March, delivering a 1.9 percent increase over the first quarter of 2020.

Unit values hardly moved, rising only 0.1 per cent in March, and 0.7 per cent for the quarter. The overall increase in total dwelling values was 1.7 per cent. The median unit value in Canberra was $443,468.

CoreLogic said that although national housing values continued to rise, the second half of the month was weaker as confidence slumped and social distancing policies took effect. The national March reading was the lowest monthly gain since the market lifted in July last year.

Over the month, housing values rose across every capital city apart from Hobart (-0.2%). Sydney had the highest growth over the quarter with values up 3.9 per cent, followed by Melbourne at 2.9 per cent and Canberra at 1.7 per cent.

Most Canberra observers believe the national capital is well placed to ride out the coronavirus induced slowdown due to its strong public sector employment base.

Canberra agents have also been adapting to the new physical distancing environment, adopting digital technology such as the AuctionsNow platform to keep operating.

Only last weekend there were two suburban house records broken in online auctions conducted by Ray White Canberra for properties in Page and Holt.

For those who continue in secure work, record low interest rates will provide opportunities in the market, the only problem being an expected drop in listings, at least for in-demand free-standing houses.

McGrath Estate Agents principal Craig Chapman expects a tough three to six months ahead and a recovery period of between six and 12 months.

But there will still be opportunities and a need to buy and sell property, particularly with a volatile sharemarket prompting investors to look elsewhere, and low interest rates.

“As long as the banks keep lending flowing it’s still cheaper to buy a home than it is to rent one in most brackets,” Mr Chapman said.

That holds true particularly for units, of which there are many to choose from and more in the pipeline such as Morris Property Group’s One City Hill and Park Avenue projects in the city. It will kick off its Manuka Renaissance development on the old public housing site in Griffith in May.

Across the town centres and in the newer areas such as the Molonglo Valley, apartments are going up and planned by a range of Canberra developers.

In Weston, Village Building Company hopes to provide a missing part of the local property puzzle with a $140 million development that will provide a range of townhouse living.

McIntyre Property’s Colin McIntyre is still seeing demand in what has been a resilient and stable market and believes those who need to will still sell but he expects others to wait until the end of the year and listings to decline.

But the strong Canberra market and jobs base means “we’re in the best place [in Australia] to be dealing with this”. 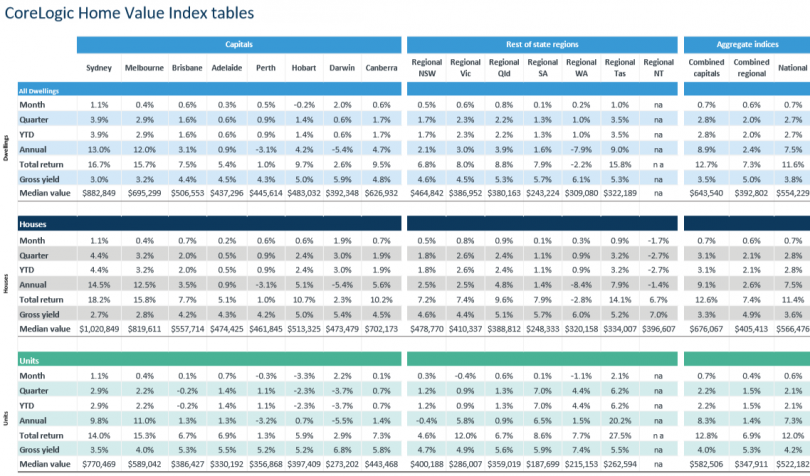 Nationally, CoreLogic head of research Tim Lawless is expecting the number of residential property sales across the nation to fall dramatically over the coming months.

But he also believes that housing values will be insulated more than sales activity, due to the temporary nature of the crisis, and the unprecedented levels of government stimulus, leniency from lenders for distressed borrowers and record low interest rates.

He expects listings to fall away as real estate agent reports generated across CoreLogic platforms, utilised by around 70 per cent of real estate agents for their research and pre-listing reports, have more than halved over recent weeks.

As well, recent polling of real estate agency enquiry levels indicated that more than 60 per cent of Australian real estate agents have seen buyer and seller enquiries fall by more than half over recent weeks, with most expecting a further drop over the coming weeks.

But Mr Lawless remains cautiously optimistic that the market will recover once the virus has been contained.

“We expect economic conditions to quickly improve, driving a turnaround in consumer spirits which should flow through to housing market activity. When that will be, remains highly uncertain,” he said.

The forces which have driven the huge growth in the real cost of Australian housing over the last few decades were reaching their limits before the virus descended upon us – the most likely outcome now is a significant reset which might, just, make putting a roof over the head more affordable.

That would be a silver-lining to this big, dark cloud.

It appears that the Canberra Times are no longer publishing the Domain weekend auction clearance results so here is the link: https://www.domain.com.au/auction-results/canberra/

Canberra is still holding up but it won’t last. How many home units are now hitting the market?

And there is this doom and gloom report on today’s AFR: https://www.afr.com/property/residential/sellers-are-getting-out-while-they-can-20200403-p54gw8

Good luck. Is the auction still on Thursday?

I certainly hope it means that the house will sell

Ly Carlill 😂 of course it did

Dylan how do you feel about the term ‘high performance’ for real estate value?

Because as yet more apartments are planned and built, the value of stand alone properties will increase.

That is not really how it works. With more apartments we'd see apartments becoming cheaper which would then put downward pressure on housing as they became uncompetitive with apartments. However there is still a shortage and building enough standalone housing is expensive and cost taxpayers far more than building apartments and increasing density in the town centres. There isn't enough land for more expensive urban sprawl to meet housing requirments of the city, no matter what people want to think.

Beretta Sambo - 24 minutes ago
No View
Phil Hopkins - 52 minutes ago
Craig Rogerson And they already get their voting from x from Reality TV Shows! View
Craig Rogerson - 1 hour ago
Of course the Greens would love this . They would be their biggest supporters . Straight out of the education system that is... View
Opinion 78

Natalia Komarova - 1 hour ago
When my friend lost her husband she said to some extend she lost her social circle as well. While she would catch up with her... View
Patrise Dowling - 2 hours ago
Nah. Get a dog. Demand free love. View
Michael Strand - 3 hours ago
So when she asks if she needs to lower her standards, what does that mean? Maybe looking at a guy is not not 6ft tall, or a t... View
Food & Wine 9

BlowMeDown - 4 hours ago
I recall my father and I taking the boat out on the western shore in the mid 1960s, where the water has yet to return. It was... View
Capital Retro - 5 hours ago
I think groundwater that enters the artesian aquifers originatesin mountainous country through rock strata. The water in Lake... View
Patrick Keogh - 5 hours ago
What percentage goes into replenishing groundwater compared to what is list to evaporation? View
show more show less
*Results are based on activity within last 7 days

A recently opened Kingston doughnut store has closed amid widespread reports it is the source of dozens of food poisoning...
*Results are based on activity within last 7 days

ACT residents will soon be required to self-submit a report online when they are victims of certain crimes, including house...
News 66

Two reports this week have highlighted the growing housing divide in the ACT, in the rental market, and between renters...
News 31

@the_riotact @The_RiotACT
From #Canberra cafes and local sport, to music and birdlife, there's plenty to test your knowledge in this week’s Ken Behrens #Quiz https://t.co/H20meIMu6J (30 minutes ago)

@the_riotact @The_RiotACT
Looking for something to do in #Canberra this week? From #Christmas markets to Korean #films, here are 10 things to do in the capital https://t.co/FGRP1gEBLz (2 hours ago)