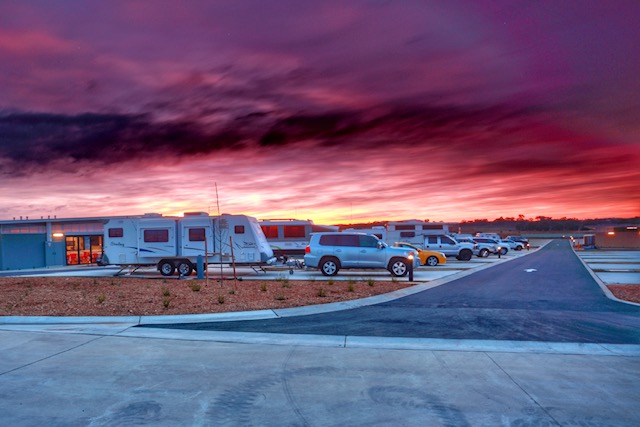 There are 73-caravan spaces at the recently opened Canberra Tourist Park. Photo: Supplied.

Canberra Park manager David Grigg said the new site would complement EPIC as it is perfectly situated for people to visit national attractions, wineries, cafes and restaurants, being just 6 km from the city centre.

“The aim is to have a property as far as location goes that would actually bring people to Canberra, as opposed to them going through,” he said. 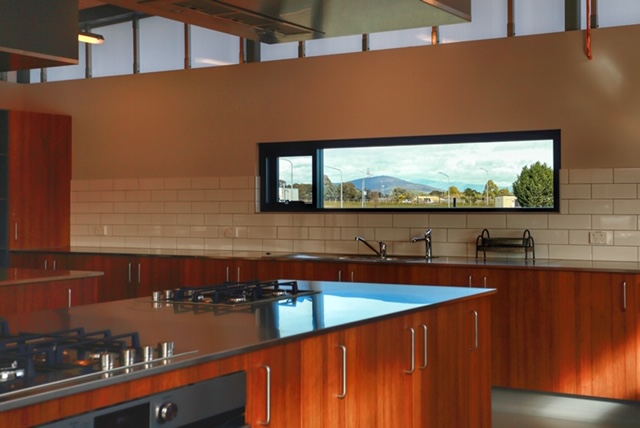 The park can be accessed from the Federal Highway and is located at the Old Well Station Road intersection in Gungahlin. The park is within walking distance of the light-rail and the free Cultural Loop shuttle bus.

Drive through and back-in sites are all available at the Tourist Park while fire pit areas, modern camping facilities and a dump point are also on site.

Mr Grigg said this would be a step up in the level of caravan park offering, with high-end amenities and facilities, and sites large enough to take the longer rigs. 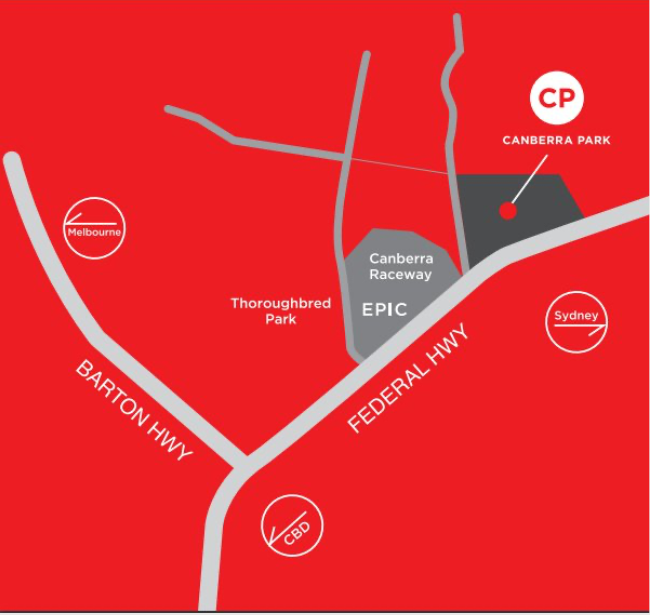 The opening of the Canberra Tourist Park brings the number of like sites in the ACT to four, alongside Canberra Park, Southside Village in Symonston and Alivio Tourist Park at O’Connor. There are three others just across the border.

Is it Pet Friendly?

Can you pitch a tent here instead of a caravan? Are there discounts if you stay 12 months or more at a powered site?

Wouldn’t take much to be better than EPIC.

Better looking camp kitchen than many that I've used.

I thought it was a prison. Very disappointing.

This was needed so much in Canberra. Well overdue.

Looks fantastic. And what a sunset!

Is there a footpath between this campground and the tram?

No. But why would it need one? It’s not that close to a tram stop.

And for what it’s worth there is a footpath to the nearest bus stop on Aspinal Street.

56 minutes by bus to City. 30 minutes by walking to the tram, except there is no footpath.

The one at Symonston is an abomination. I’d be scared staying there

Although I often drive past it, I've never driven inside the gates. Why, what's it like? If you can make a comment like that, you must know.

Kriso Hadskini - 2 hours ago
If they would just let go of the 1990's living in the U.K rule my husband and I would regularly donate. View
Opinion 37

Brent Carlisle - 17 hours ago
I was shearing in the 1980’s and we where talking about how bad the conditions where then and nothing has really changed. View
James Tartarus-Gibson - 18 hours ago
Patrick Honeysett you and I will get a kick out of this 🤣 View
Property 15

@The_RiotACT @The_RiotACT
The sale of NFF House for $7.7 million reflects the high demand for quality commercial properties, especially in the Parliamentary Triangle https://t.co/C8vWUd1szQ (56 minutes ago)

@The_RiotACT @The_RiotACT
The ACT is expanding vaccine storage facilities at the Canberra Hospital in preparation for the arrival of the Pfizer COVID-19 vaccine https://t.co/GdyfQLw7tE (1 hour ago)