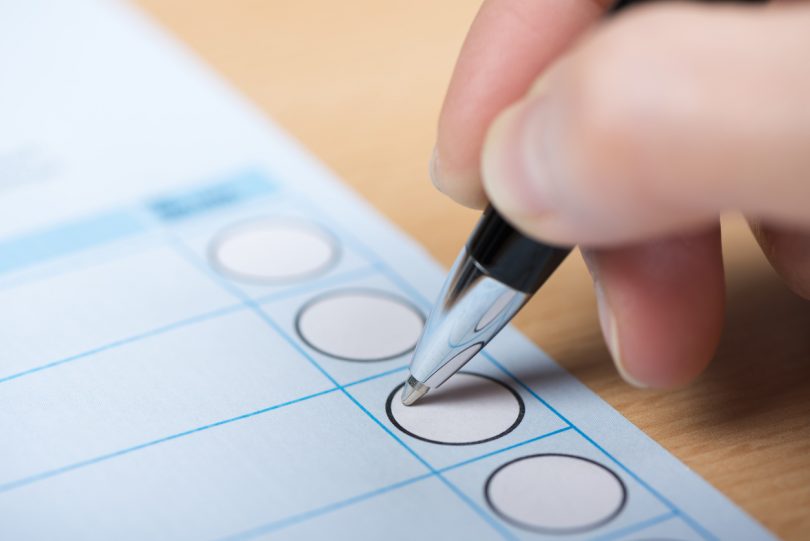 Vote right: The new AEC redistribution will empower the ACT to have a greater presence in national politics.

With the announcement by the Australian Electoral Commission of the proposed new boundaries for our House of Representatives seats in the ACT, we are starting to get a better picture of what this might mean for the next Federal election. This is a chance for voters in the ACT to be more influential in the upcoming Australian election – not just because we get another representative, but also because one of Canberra’s representatives could be a critical decision-maker on the House of Representatives’ crossbench. As one of the most progressive groups of voters in Australia, voters in the reconfigured electorate of Canberra have the chance to crack the duopoly in Federal politics.

It is significant that ACT voters are gaining additional political representation. Thanks to the way the Federation was established, as a Territory, we are one of the most under-represented communities in Australia, particularly when it comes to the Senate. While our population is comparable to Tasmania (Tassie’s is just over 500,000 and ours is 400,000) we have two senators to Tasmania’s 12. The House of Representatives works a little differently with representation based on population. Our recent population growth and a redistribution of electorate boundaries mean that at next election, we will have another member in Parliament – three up from two in the current Parliament. We will now have re-configured boundaries for Fenner and Canberra, and a new southern based electorate named Bean. While the details are stilling being finalised (with a final decision made in around June), the draft announcement gives us a pretty good sense of how the new electorates will look.

Canberra has always been known as a Labor town and we have only had Liberal representatives in the House of Representatives a couple of times since we first got the opportunity to vote in 1949. This has the double whammy effect of both the Liberal and Labor parties often neglecting the specific needs of our community. Both the major parties have seemed to accept the status quo and not really paid much attention to the ACT in election periods – often opting to spend much more time just over the border in Eden Monaro due to its distinction of being a bellwether seat.

With the likely boundaries for the three seats now announced, there is the chance for things to be different in future federal elections. The proposed reconfigured Canberra electorate is similar to many inner-city seats in our other capital cities – full of residents who are socially progressive, hungry for action on climate change, well educated and politically engaged. Many residents have either voted for, or considered voting for the Greens, recognising their own values in the more progressive policies around the treatment of refugees, leadership on climate change, and focus on accountability and integrity. While in the past there has been particular encouragement to vote Greens in the Senate, there is now a chance to vote for a Greens House of Representative candidate in a seat where they have a real chance of winning. This is a chance for a Canberra representative to be a key figure in the House, holding the major parties to account, better reflecting our values – not just in what they say, but in how they vote on the floor of the Parliament.

Our vote is a valuable thing, and it is important that our representatives value it as much as we do. I think this is a great chance for us to reverse the usual call to ‘send a message to Canberra’, and instead use this chance for ‘Canberra to send a message to Australia’. What do you think?

Rebecca is an active member of the ACT Greens and ran as a candidate in the 2016 Territory election. She will not be contesting pre-selection for the federal election.

Rebecca, I’ve just read your article again and must correct you. Brendan Smyth (Liberal) was elected in 1995 in the by-election caused by Labor minister Ros Kelly’s retirement when it was still Canberra and there were still two ACT electorates. The AEC then did a redistribution creating the third electorate Namadgi covering Tuggeranong and Chifley, Pearce & Torrens.

Brendan Smyth ran for Namadgi at the 1996 federal election and was defeated by Labor’s Annette Ellis by a handful of votes despite the strong national swing to the Liberals putting John Howard in as PM.

Brendan Smyth then ran for the ACT Legislative Assembly in the next election and was elected and became deputy Chief Minister in Kate Carnell’s Liberal Alliance government, one of the few occasions an MP has gone from federal to state or local politics rather than the reverse.

At the next federal election the Namadgi seat had been abolished with the ACT again having two electorates. Annette Ellis ran for Canberra which was now a safe Labor seat again.

Thanks for that John. I have checked and you are right. It was Brendan Smyth when there were 2 seats. Thanks for the pickup

Interesting views being expressed by the Greens. In my opinion, the Greens could win in Canberra if they select a candidate with a proven track record we already trust. They should also be in the streets and shopping centres already. In other words, it is not going to happen.

Of greater interest to me is Bean and if the Liberals can jag it by targeting the discontent with the Barr Government that exists down there and offering a few strategic bribes.

In the 2016 federal election, the Liberals lost the two party preferred vote in every polling booth in Bean except Tharwa (which is only about 100 people). I think some sort of relatively centrist independent like Andrew Wilkie or Cathy McGowan would have a better chance.

Andrew Wilkie and Cathy McGowan have no connection with Canberra.
Neither did Simon Sheikh when he was parachuted in. He hasn’t been heard of since he went to sleep on the Q&A panel.

He was saying a centrist person like those people, he wasn’t saying they’d be suitable candidates

Wouldn’t be so sure about that!

Claudio Neumann - 35 minutes ago
Jesse Pricsina I feel these vibes very strongly. also get off my lawn darn kids with their scooters View
Michael Ilsley - 1 hour ago
I love scooters, fabulous! View
Mark Boast - 4 hours ago
They are “shared paths” in the ACT so not restricted to one user type. View
News 68

Jenny McInnes - 49 minutes ago
Lea Powell how much is this mimimal welfare budget ? And whatever you did, you are excused. View
News 21

ChrisinTurner - 4 hours ago
This is the private enterprise model driven by profit. Nationalise the clinic. View
News 73

Milestone Entertainment - 8 hours ago
Well said! We have been fortunate in Canberra, however the current restrictions on entertainment venues are crippling to both... View
News 27

chewy14 - 8 hours ago
You're still not getting it. Large scale renewable energy (wind and solar PV) is now cheaper than fossil fuels without any su... View
News 9

Matthew Soall - 9 hours ago
Maybe ANU should be more focused on teaching students then running the place like a business. View
Capital Retro - 9 hours ago
The alarm bells are ringing now: https://www.abc.net.au/news/2021-04-23/anu-unveils-162-million-budget-deficit-due-to-covid-1... View
David Hennessy - 10 hours ago
Can’t imagine this ending other than positive View
News 5

@The_RiotACT @The_RiotACT
With an alfresco living area complete with outdoor kitchen, you will feel like you are living in luxury in #Crace https://t.co/FiPwmUQolH (1 hour ago)