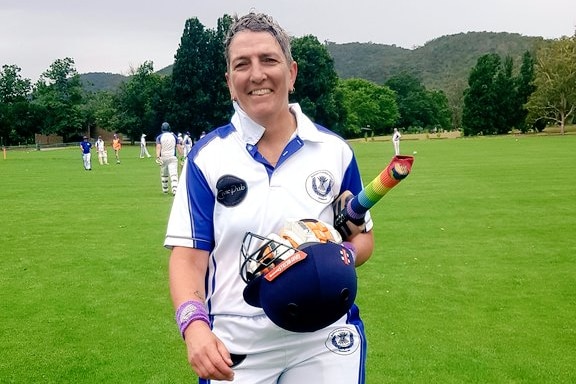 The hosting of the Ashes Test in the ACT rests on the shoulders of many great players who have significantly contributed to women’s cricket in Canberra. Although this list is far from exhaustive, it does give a glimpse into the depth and breadth of cricket talent.

Bronwyn took seven wickets for two runs against South Australia in her final match. The two runs scored off her bowling that day were wides.

Bronwyn played in two World Cups for Australia, including the victorious 1997 squad. At the 1993 World Cup, she captured four for four against the West Indies.

And her cricket career doesn’t stop there. Bronwyn has been the women’s statistician for Cricket Australia and the online scorer at Manuka Oval.

No ACT Cricket award night would be complete without mentioning another pioneer of women’s cricket, Glenda Hall.

Glenda was inducted into the ACT Cricket Hall of Fame in 2019.

She played two tests and two one-day internationals for Australia as a right-handed bat and a right arm leg spinner. Her international career began in 1984 when she represented Australia against India. 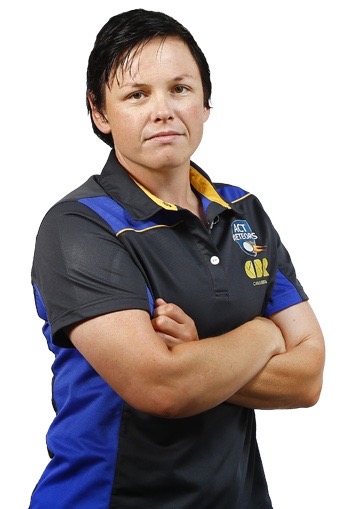 She made her test and one-day international debuts in 2003 and her T20 debut in 2007. In the WNCL 2006-07 season, when Kris was playing for the South Australian team, the Scorpions, she was named player of the season.

Another significant contributor to women’s cricket in the ACT was Lynette Cook, who played two one-day internationals for Australia in 1987. She played for the ACT from 1982 to 1990 in the Australian Women’s Cricket Championships.

Jodie Davis is another to make her mark in Canberra cricket, being selected for the Australian team and playing a one-day international in 1988. Jodie also coached Pakistan and represented the ACT in both baseball and broomball.

At age 18, Marjorie Moore led the ACT cricket side in 1934-35 against the touring England women’s team. In 1935-36, she was selected as vice-captain of the NSW cricket team in the Australian Women’s Cricket Championships.

During the 1935-36 Country Championships season, Marjorie took 16 wickets in two matches. In 1937, Marjorie was ineligible to join the Australian team’s tour of England due to her youth. The minimum age limit for touring players was 21 years.

As well as her incredible playing feats, Marjorie was also President of the Federal Capital Territory’s Women’s Cricket Association. She was inducted into the ACT Cricket Hall of Fame in 2021. 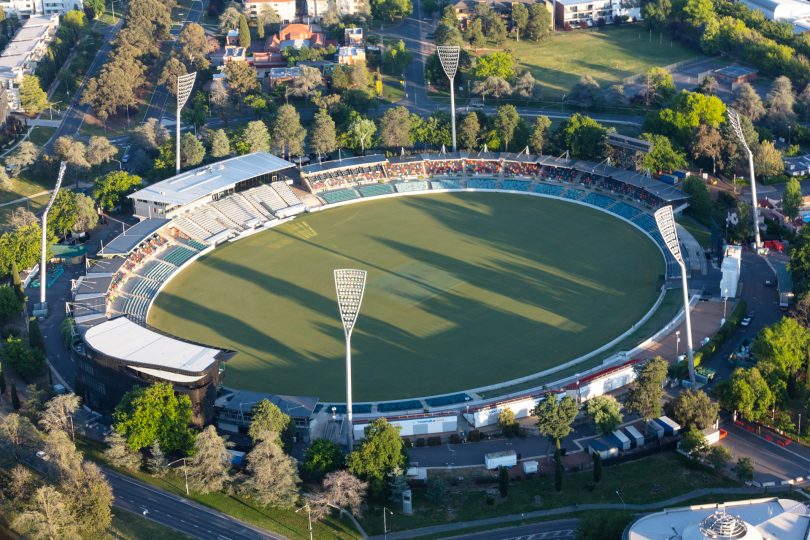 Without the contribution made by these pioneers of women’s cricket, there’s a fair chance Manuka wouldn’t be preparing to host an Ashes Test.

Manuka will host the Women’s Ashes from 27 to 30 January. Tickets through Ticketek.

I’m proud to live on Fullston Way here in the ACT. Lyn Fullston (3 March 1956 – 1 June 2008) known by her friends and peers as Lefty, was a World Champion Australian Cricketer, Australian netball representative,[1] dedicated Physical Education teacher in South Australia.[2] Fullston took up cricket in 1977 and first represented South Australia in 1979, before her International debut versus India in the 1982 World Cup.[3] Her final WODI appearance was in the final of the 1988 Women’s Cricket World Cup.

Legend right there 👍👍 she puts up with Llebeim Mat 🤪🤣

Great names, great memories -thanks for showcasing this story.