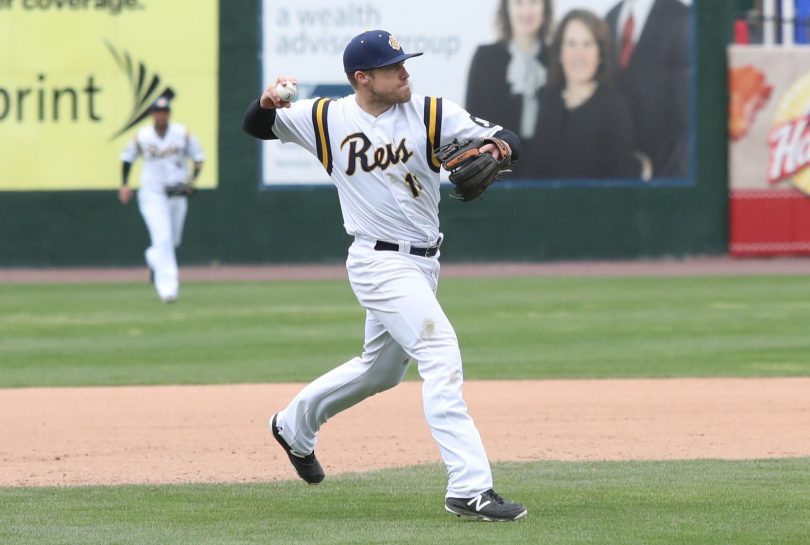 The Canberra Cavalry has its unofficial recruiting team of former players to thank for its recent acquisition of former New York Yankee draftee Zach Wilson, as the Australian Baseball League club starts to bolster its lineup for the upcoming season.

Wilson, who plays both first-base and third-base, put pen to paper with the Canberra side last week. The American power-hitter is the first international import player signed to play with the Cavalry in the new look 2018-19 season, which will begin in November.

Wilson said he was tipped off by former Cavs fan-favourites Travis Witherspoon and Brian Grening that Canberra is the place to play in the Australian Baseball League.

“I’ve heard some great things about playing in Australia from a lot of my buddies,” Wilson said. “My current teammate, Travis Witherspoon, always talks about how much fun he had with the Cavs last season and my old teammate, Brian Grening has been telling me the same thing for the past couple of years.”

The 27-year-old will join the side from the York Revolution of the Atlantic League, where he has racked up some massive offensive stats over the past few seasons.

Cavalry Director of baseball operations Donn McMichael welcomed the signing and believes that Wilson could be the missing piece to the ABL Championship puzzle for the upcoming season.

“Zach comes highly recommended as a player who, as a former Yankee, is going to bring a big bat to the Cavalry line up,” McMichael said.

“He also seems like an excellent young man that will fit in perfectly with the culture we’ve developed here. He’ll play a big part in our run to the Championship.”

Wilson was drafted by the New York Yankees in 2011 and spent 4 seasons with the Yankees organisation, reaching the Double-A level.

He joins a long list of successful players who have made the trip to the Cavalry from the Atlantic League, who include Brian Grening, Frank Gailey, Michael Click, and Travis Witherspoon.

Last year, Wilson won the Atlantic League Home Run Derby and won MVP of the All-Star Game, where he was competing against the league’s top talent.

Nicholas Spence - 9 hours ago
Yeah, he's the Chief Minister. So yeah I'd like to hear what he has to say on such a significant issue. Especially since his... View
Malcolmo Oz - 9 hours ago
Nicholas Spence Why? Do you expect him to step in and overrule ACT gaming regulatory approvals? View
Peter Marshall - 23 hours ago
That's not a good casino... View
Opinion 115

Gerda Lawrence - 20 hours ago
Fiona Tan hopeful they survive View
Anna Smith - 21 hours ago
That's it! I'm coming over there and saving all the platyes. View
Stephanie Moore - 21 hours ago
Ali Bear yes, I know & I’m so pleased about the measures they are taking to help protect this and other species through the... View
Lifestyle 4

Get to know your Cavalry: Q&A with Zach Wilson