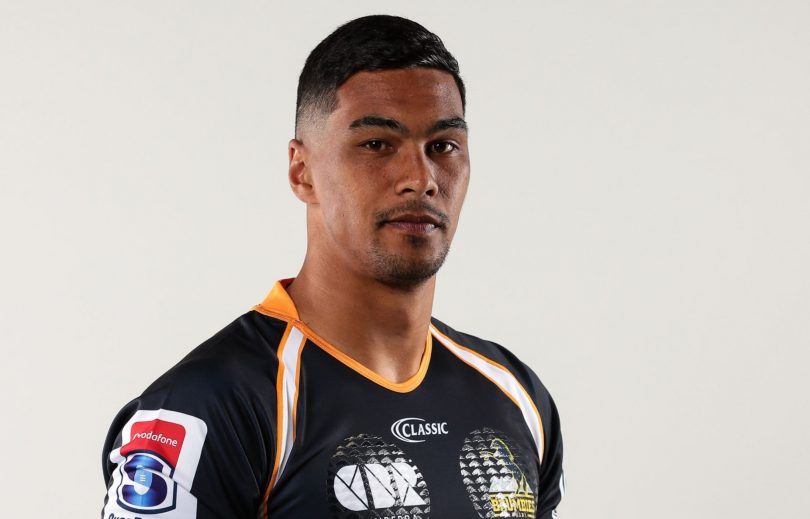 Chance Peni was handed his fourth suspension in the past 13 months for his lifting tackle on Saturday. Photo: Supplied by Brumbies Rugby.

Brumbies winger Chance Peni has been handed a six-week ban for his lifting tackle in club rugby on Saturday afternoon, all but ending his chances of playing Super Rugby this season.

The 24-year-old was penalised for a lifting tackle while playing for Wests in the John I Dent Cup on Saturday (23 June), with his return to rugby lasting a mere 17 minutes after his dangerous tackle merited a straight red card.

It was Peni’s first game back since being slapped with a five-match ban for a high tackle on Crusaders fullback Israel Dagg last month.

The former NRL player is a frequent visitor to the judiciary, having been suspended four times in the past 13 months.

He is eligible to return on 11 August, ruling him out of the Brumbies crucial home clash against the Hurricanes on Saturday night. Peni’s chances of pulling on the Brumbies jersey this season is unlikely, with three games left in the regular season and the Brumbies finals hopes in tatters.

His suspension leaves Brumbies coach Dan McKellar to choose between James Dargaville and Andy Muirhead for the left wing position for the clash against the Hurricanes.