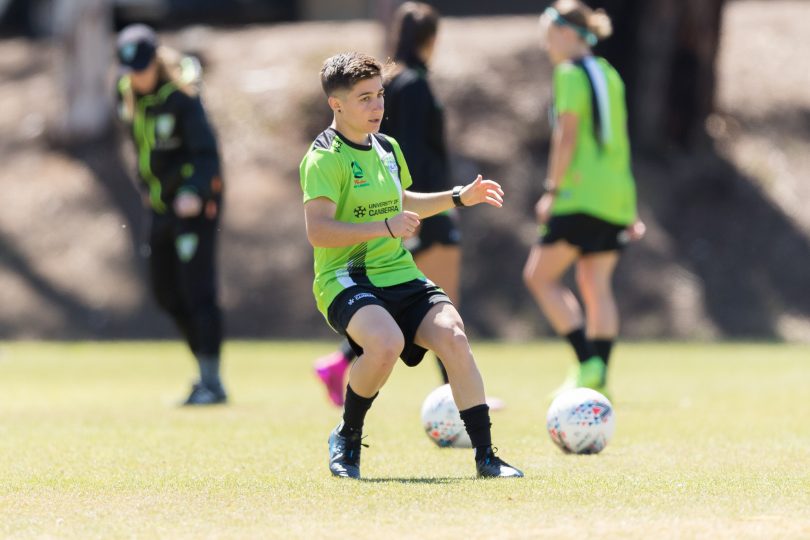 When Patricia Charalambous pulls on a Canberra United jersey for the first time on Sunday afternoon, she hopes that her former teammates will be green with envy.

Having represented Perth Glory in the Westfield W-league grand final two years ago, Charalambous will now wear green for the first time on Sunday when United open their new campaign against her old side at McKellar Park.

The versatile defender spent two seasons with Perth, featuring in the 2016/17 decider and playing alongside superstars Sam Kerr and American Rachel Hill, but she decided to take her talents to Cyprus and play for prestigious Apollon Ladies FC last season.

After a year abroad, the 25-year-old is back in Australia and looking forward to kick-starting her Canberra United career against her former club.

“I can’t wait for our first game,” Charalambous said. “Perth was obviously in the grand final last year and they’ve always had a strong team.

“When I was there all the girls were fit and fast and they play really good football, but we’re just focusing on ourselves and continuing to build this bond we have as a team.” 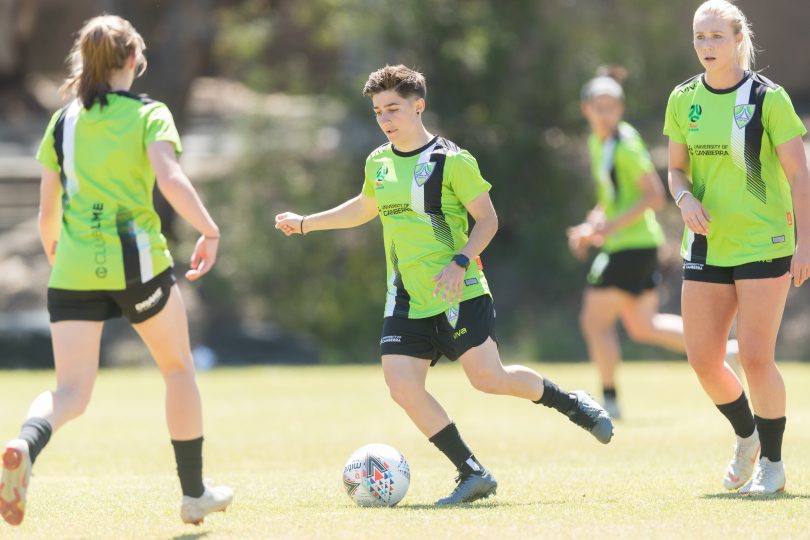 The Canberra United season is kicking off this Sunday 17 November, against Perth at McKellar Park.

Charalambous admits that one of the main reasons for signing with Canberra was the opportunity to be coached by former Matilda Heather Garriock.

“Heather had an amazing career herself and being a left-footer like me, I feel as though I can learn a lot from her,” she said.

“I admire her career so much, I hold her in high regards and hopefully I can fulfil something similar in my career.”

Charalambous was one of four newcomers to sign with the club last week, joining former Newcastle Jet Emma Stanbury as well as Westfield W-League debutants Ashlie Crofts and Rebekah Horsey.

Garriock will finalise her squad this week, with two big signings to be announced in the coming days.

“We’re coming together as a strong unit, we’ve got girls coming from around the world and from interstate which is awesome,” Charalambous said.

“I feel we have a strong bond and we can’t wait to get on the pitch together.”

If you want to #GoGreen with our team, season 12 memberships and tickets are now on sale on the Canberra United website. Be sure to get yours in time for our round one clash against Perth at McKellar Park on Sunday afternoon.

Anthony Willing - 5 hours ago
Paul Mills the same as every old / wheelchair person in every multi-storey in every city in the world.The fire brigade have s... View
Anthony Briscoe - 6 hours ago
Canberra more and more of this type of development will happen under the Barr Government. Just wait till the tram goes to Wod... View
Paul Mills - 7 hours ago
Becoming a common Canberra vista. View
News 128