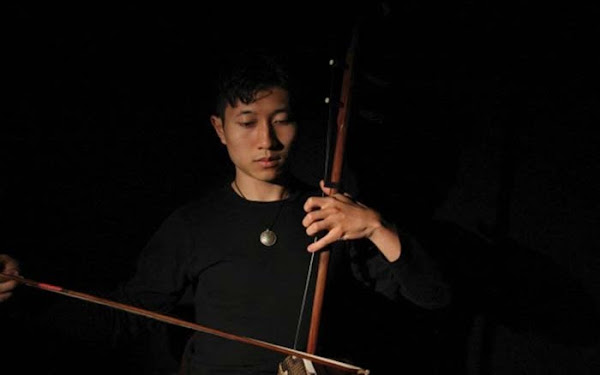 Sounds pretty magical, and all for the price of nothing.

Chinese Full Moon
Thursday 19 September 2013, 5:30-6:30pm
Arc cinema, Canberra, ACT
Free entry
Part conversation, part performance, this poignant sojourn traces specific events in the migration history of the Chinese in Australia. Nicholas’s narrative references the time-honoured Moon or Mid-Autumn Festival and unapologetically highlights the dramas, romances, quirks and conflicts preserved in celluloid and other historical sources. How strongly are individual identities, and perception of self and others governed by external appearances and socially ingrained prejudices? Are racial stereotypes fading with the rise of cosmopolitanism, or merely strengthening? Nicholas responds artistically to these questions from an Australian Chinese perspective through music, movement and still and moving images. Suitable for all ages.

Dr Nicholas Ng , from Griffith University, was a 2012 Research Fellow at the National Film and Sound Archive. His research project was called Celestial Roots: the Chinese Cultural Diaspora in Australia. He researched NFSA collection items relating to representations of China and the Chinese in Australia, analysing and drawing from still and moving images.

On Thursday 19 September Dr Ng will present a special free performance of Chinese dance and music. He will dance a long tassel sword movement sequence to a 1930s film clip of the Melbourne Chinese Orchestra and a film clip from the 1950s Mobil Limb television show featuring a Chinese circus performer.

He will also perform improvised Chinese music on the traditional instrument the Erhu.

Dr Ng will discuss his research project at the NFSA and will answer questions.

Tricia Lawrence - 9 hours ago
Sad beyond words. View
Elizabeth Croft - 17 hours ago
I live in hope they re-open View
Community 3

Sue McIntosh - 9 hours ago
Angela Moore thank you for this beautiful poem. View
Angela Moore - 10 hours ago
"The Poplars" The Poplars are fell'd, farewell to the shade And the whispering sound of the cool colonnade. The winds play no... View
Sue McIntosh - 14 hours ago
Ho hum, what else is new? More trees given the chop. If council is so worried about the trees falling, then they should be re... View
News 9

John Hutch - 9 hours ago
I thought that these protests were a disgraceful display of the left-wing mentality and agenda to maintain oppression and vic... View
Capital Retro - 11 hours ago
"marginalisation by choice" being the PC term for "victim industry"? View
Spiral - 13 hours ago
Does anyone have accurate recent stats on how bad the problem really is: This article: https://www.news.com.au/national/black... View
News 1