Cohousing: an opportunity to think differently about housing development 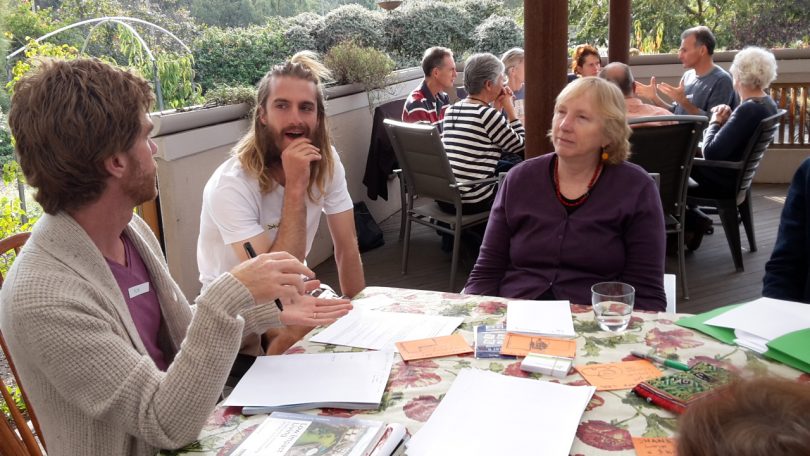 We all know how rapidly our lives are changing, and the ways we design and build our homes have not been immune to changing needs and expectations. The homes we now build and live in are vastly different from the ones designed in previous decades.

Traditionally, the design of new homes has changed incrementally. In some cases, prospective homeowners have worked with individual architects and builders to design and build their own homes. In most cases however, we have left it to the market to identify housing trends and been at the mercy of property developers who have built stock that aim to respond to these trends. It is true to say that what we desire is not the only driver of the market. There is plenty of current discussion regarding how the high cost of land, development costs and developer decisions around quality has not always delivered the best outcomes in relation to our housing options in this city.

Some households are also questioning fundamental elements of current design. While the homes we live in are now amongst the biggest in the world, there are growing questions about whether this trend should continue given the increased cost of these large homes for individual households, and the increased resources needed to build and run these homes. There is also increased interest in a new type of housing – not a large freestanding home or a small apartment but something in-between that is only just starting to emerge in the Canberra market.

There are also questions being asked about different ways to deliver housing developments, and whether or not the developer-driven model is the only option in relation to delivering new housing stock in Canberra. A number of groups have been exploring alternative ways to deliver housing that meets the needs of families and communities. With the discussion around housing innovation, the time is right to explore these new options and it is exciting to see projects emerging that move beyond a market-driven approach.

Cohousing Canberra is a group of residents who have been working since 2017 to realize their vision of creating a cohousing project in the inner north by 2022. This is a group of individuals and families interested in working together to design homes and a community that is sustainable, deliberative and connected. It’s about looking to use space in a way that encourages households to engage with each other, share spaces and work collectively to maintain the precinct in which they live.

Cohousing models have been around since the 1970s and are based on the concept of seeing a group of people coming together to design a housing development for themselves – for them to live in once developed. They are generally small in scale and include common spaces such as shared kitchens and dining rooms, laundries and gardens. They generally are more compact dwellings than traditional houses and have a focus on pedestrian movement through the space. They focus on consensus decision making and often remove the need for developers and real estate agents, which can keep the costs down. There are some great models already operating in Australia, including the WestWyck ecovillage which saw the former Brunswick West Primary School in inner Melbourne revitalised as a cooperative housing project.

The announcement earlier this year of the Government’s intention to support a range of demonstration housing projects created some optimism that these types of models might be able to get off the ground in Canberra. It is exciting to hear that Cohousing Canberra’s proposal, as well as a number of other small cohousing proposals, have reached the next stage of consideration. This means that discussion will now occur with the government regarding potential sites that could be purchased at market rates by these groups to progress their developments. As Edwina Robinson, Executive Officer of See-Change who has supported the project since its inception, notes – the group is not looking for a handout but instead the active support of government to assist them in securing land that will enable them to realize their vision. As well as building houses and encouraging environmentally responsible design, this is also about building communities that are connected, self-reliant and able to support its members as they move through life.

As a resident of the inner-north, I would be very excited to see this model supported in my community. I can see the broader benefits for the local community. What do you think about co-operative housing models in your community?

DrLin - 5 minutes ago
Foresight serves you well, I received notice yesterday of a 12% increase to the price yesterday. View
Opinion 50

Carn Ruglrass - 5 minutes ago
As a cyclist, motorcyclist and motorist, all I can say is. Canberrans - you suck View
Karina Curwain - 10 minutes ago
it really should say most. Not all. There are the select few that are decent drivers. View
Asha Kidd - 24 minutes ago
Worst drivers in Australia View
Property 17

Carlie O'Shea - 31 minutes ago
Kristy Keft is this your pub you rave on about? 😂 buy it View
Ben Lindsay - 1 hour ago
Neil Willis could almost walk to work from your joint View
Peter Taylor - 2 hours ago
Amanda Sanderson. Short commute. Walk to work, but getting home would be a struggle. View
Property 12

John Moulis - 38 minutes ago
They must have a lot of pull. Even people on Sydney's upper North Shore who want to remove trees which are blocking the view... View
Pam Dovey - 43 minutes ago
Margaret Hunt did you see this? View
Run_W - 1 hour ago
Wasn't this the Club that was complaining last month about being broke and if someone put planes on the lake it would mean th... View
News 7

Lewis P Owlay - 2 hours ago
I believe you mean the Delta Myna View
Lyndsey Simcoe - 3 hours ago
Graham Hatch see! They are psychos! View
Acton - 11 hours ago
Pigeons, those flying rats, are also pests. Growing problem with them nesting and crapping under solar panels.... View
News 12

Ben Johnston - 10 hours ago
"In a 50-minute ministerial statement this morning (22 June), Business Minister Tara Cheyne told the Legislative Assembly tha... View
summs - 12 hours ago
At least 15% of the budget went to 19 (2%) businesses whilst 23% of the businesses received less than $50? Was the scheme int... View
Lewis P Owlay - 12 hours ago
Worked a treat View
News 8

Sitting on a bunk bed in Australia's first sleepbus for women - before a single homeless woman, her children and maybe...
Opinion 50

@The_RiotACT @The_RiotACT
If you use your phone and drive you will get caught, Transport Minister Chris Steel said after new laws allowing mobile detection cameras in the ACT passed the Legislative Assembly this week https://t.co/zYUIF8PzLk (19 minutes ago)

@The_RiotACT @The_RiotACT
The Safe and Connected Youth Program has been an outstanding success for Canberra families in conflict, but funding could soon run out on 30 June https://t.co/4xL3XjKfiz (1 hour ago)